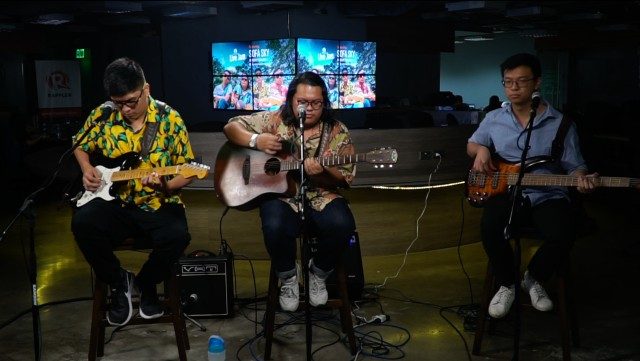 MANILA, Philippines – Sofa Sky is kicking off the release of its first ever album, Good Evening, Good Night, with a… well, good night of music on Friday, June 7, to celebrate “songs made for the young, drunk, and in love.”

“These are the stories of nights out with friends at the club, of dinner dates with the love of your life, and of lonely drinks in your room half past midnight,” said the band.

The launch is a bittersweet event – it’ll also be their despedida for Paolo, who’s set to start a “new chapter of his life in Japan.”

Rik and Derrick are also celebrating their graduation from the university.

Catch Sofa Sky’s album launch at Balete at Kamias bar in Quezon City on Friday. You can also grab a copy of their new album at the venue. – Rappler.com