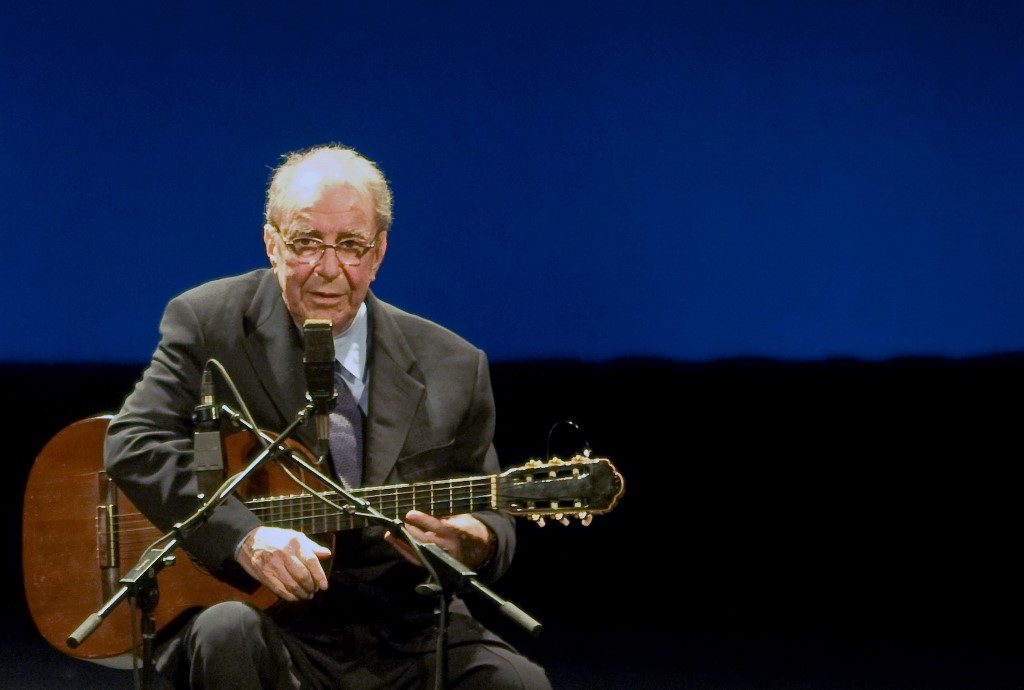 The legend was 88. The cause of death was not immediately known.

“My father has passed,” the son, who lives in the United States, wrote on Facebook. “His fight was noble, he tried to maintain his dignity.”

Gilberto, a small-town boy from Bahia state whose soft voice singing “The Girl From Ipanema” in the 1960s made him world famous, was living alone in a borrowed house in Rio de Janeiro at the end, deeply in debt.

He fell in love with music when he got his first guitar at the age of 14. After leaving his village, he made it onto local radio in Salvador de Bahia, and at age 19, arrived in Rio.

In 1957, he made a name for himself as guitarist on a recording by Elizeth Cardoso, “Cancao do Amor Demais,” considered the first bossa nova album.

Later, known both for his smooth voice and his guitar style, Gilberto brought the sounds of bossa nova — meaning “new trend” or “new wave” — to jazz festivals and concert halls around the world, putting Brazilian music on the map.

“He was the leading voice of the best-known Brazilian style in the world and a revolutionary without even really meaning to be,” Araujo told AFP.

“He was the first singer, at least in Brazil, to demonstrate that you don’t need a big voice, that you can sing quietly, like in a whisper, while accompanied by virtuoso guitar.”

Among Gilberto’s dozens of albums, some of the most renowned were recorded with jazz greats Stan Getz, Herbie Hancock and fellow Brazilian Antonio Carlos Jobim.

The singer of “Desafinado,” “Corcovado” and “Chega de Saudade,” — which he often sang as a duet with his first wife Astrud Gilberto — was an obsessive perfectionist and then an eccentric recluse.

He is known for living in his pajamas and for reclusiveness, only opening the door of his home to get restaurant deliveries.

In his later years, he was caught in an ugly conflict pitting two of his three children — Joao Marcelo and daughter Bebel Gilberto, both musicians — against his last wife, Claudia Faissol, a journalist 40 years his junior from whom he had separated.

The two children accused Faissol of taking advantage of their father’s mental and physical decline and contributing to his financial ruin.

In late 2017, Bebel was named her father’s legal guardian as he was found no longer competent to manage on his own.

“In front of the microphone, he was a smashing success,” his biographer Ruy Castro said last year, “but offstage it was the opposite.”

As recently as last year, Gilberto was living alone in housing said to have been loaned by Paula Lavigne, wife of another Brazilian musician Caetano Veloso. He had to leave his previous lodgings in the seaside Leblon neighborhood because he missed months’ of rent.

In 2011, Faissol persuaded Gilberto to go on tour to mark his 80th birthday but he later pulled out, citing health problems. He was ordered to return an advance of about $600,000.

Caught in a dispute with his first recording label, with no new album since 1989 and no public concert since 2008, Gilberto ended up having to sell 60 percent of his royalties on his first four albums to pay off the debts.

That deal prompted his children to accuse Faissol of having tricked the artist in full knowledge that he was no longer capable of managing his affairs.

For most Brazilians, the last glimpse of the music legend was a video in 2015 where he appeared in his customary pajamas and looking weak, playing “Girl from Ipanema” with his daughter Lulu, aged 9 at the time. —Rappler.com