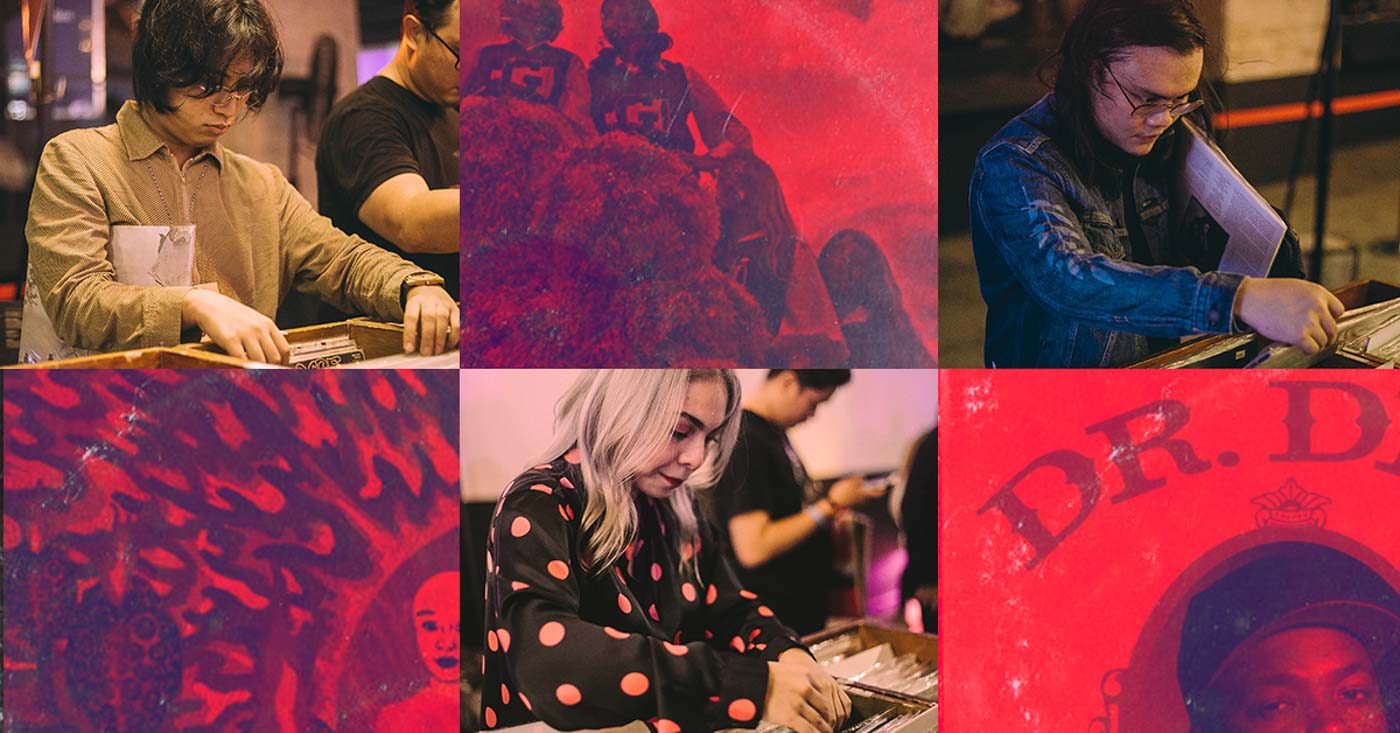 Facebook Twitter Copy URL
Copied
We dig in the crates with Josh Villena of Autotelic, Howard Luistro of Oh, Flamingo! and Candy Gamos of Cheats for some music gems on wax

MANILA, Philippines – Crate digging is not just your ordinary shopping binge. It’s like excitedly hunting for treasure made of wax among rows of crates and piles of records pressed decades – or just months ago, considering vinyl’s resurgence.

It’s a ritual imbued with nostalgia – just like listening in the medium itself – and tinged with an element of surprise, given that the albums are not always sorted in the most convenient way. Sometimes, you dig up rarities that’s best experienced and listened to in the tactile and romantic medium that is vinyl.

In the vein of Amoeba Records’s acclaimed What’s in My Bag video series, we let the frontpersons of some of today’s best Pinoy bands loose among the bargain crates at Satchmi’s Vinyl Day this year, before they started their sets.

They are namely Josh Villena, Candy Gamos, and Howard Luistro, who do vocal duties for Autotelic, Cheats, and Oh, Flamingo! respectively.

We asked them to select 3 records that they like – from a favorite artist, for sentimental value, or whatever reason – and tell us reasons behind their choices. It was an opportunity for us to pick into the minds and influences that made fans out of them, before they made fans themselves. 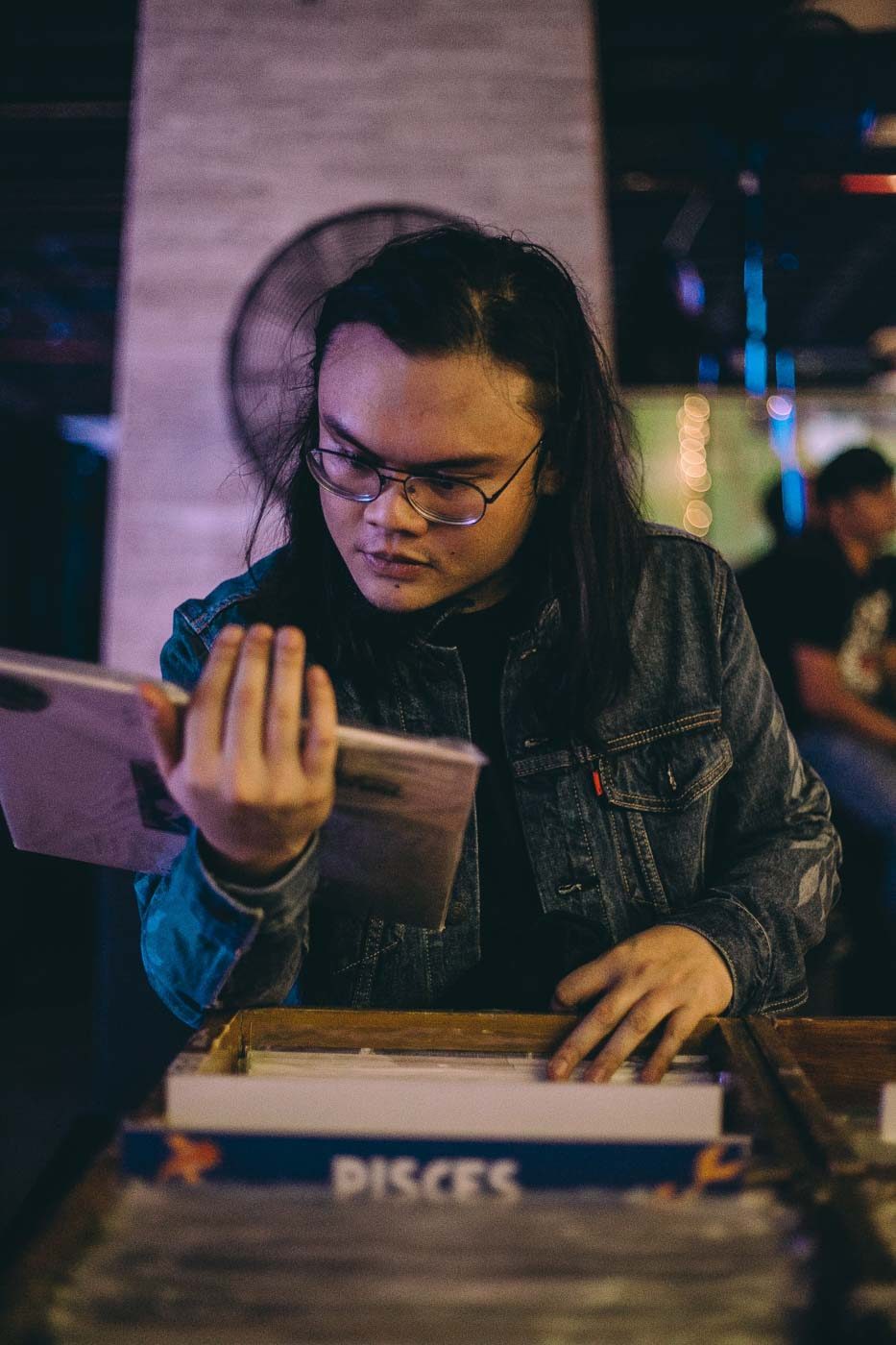 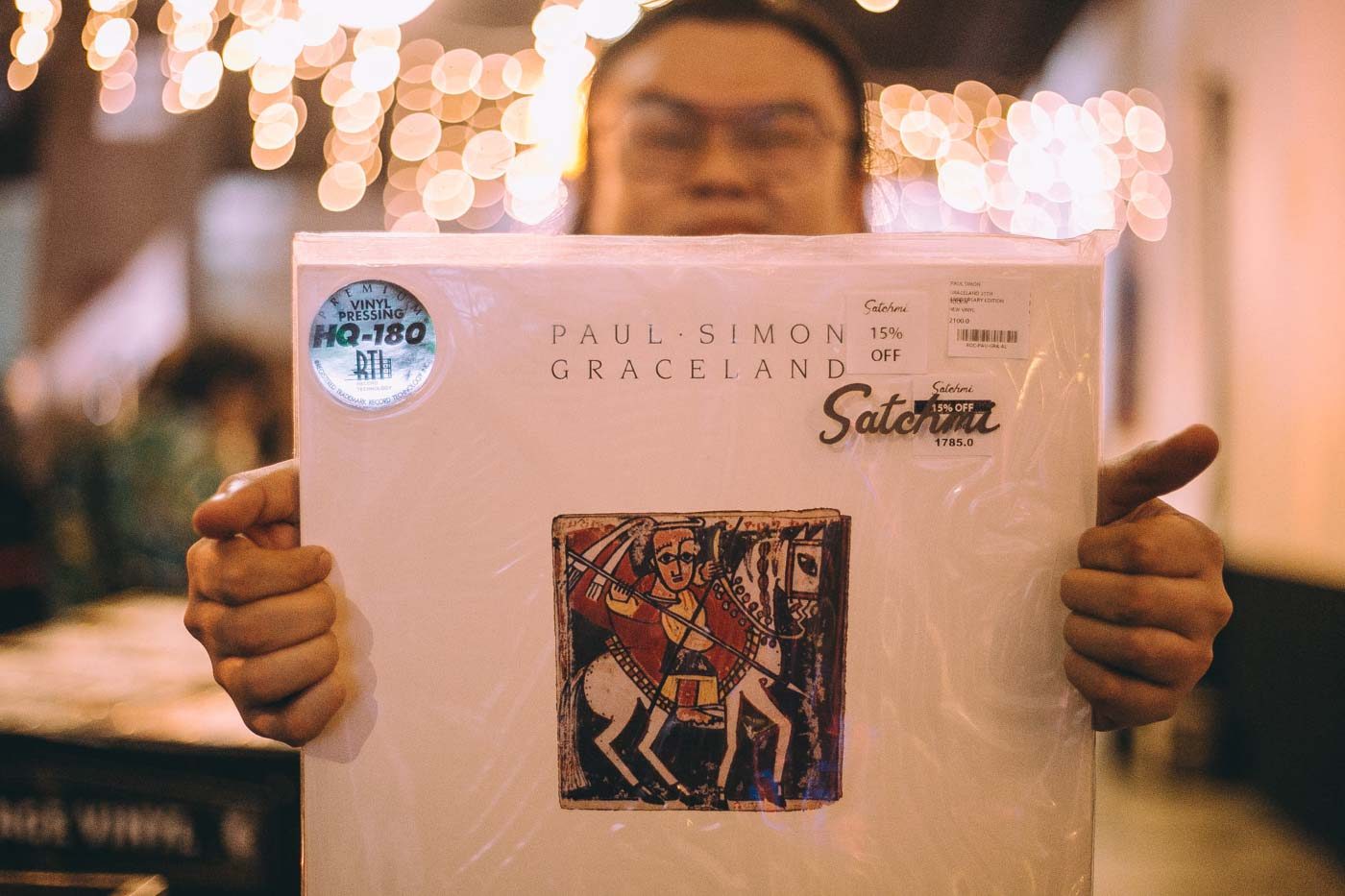 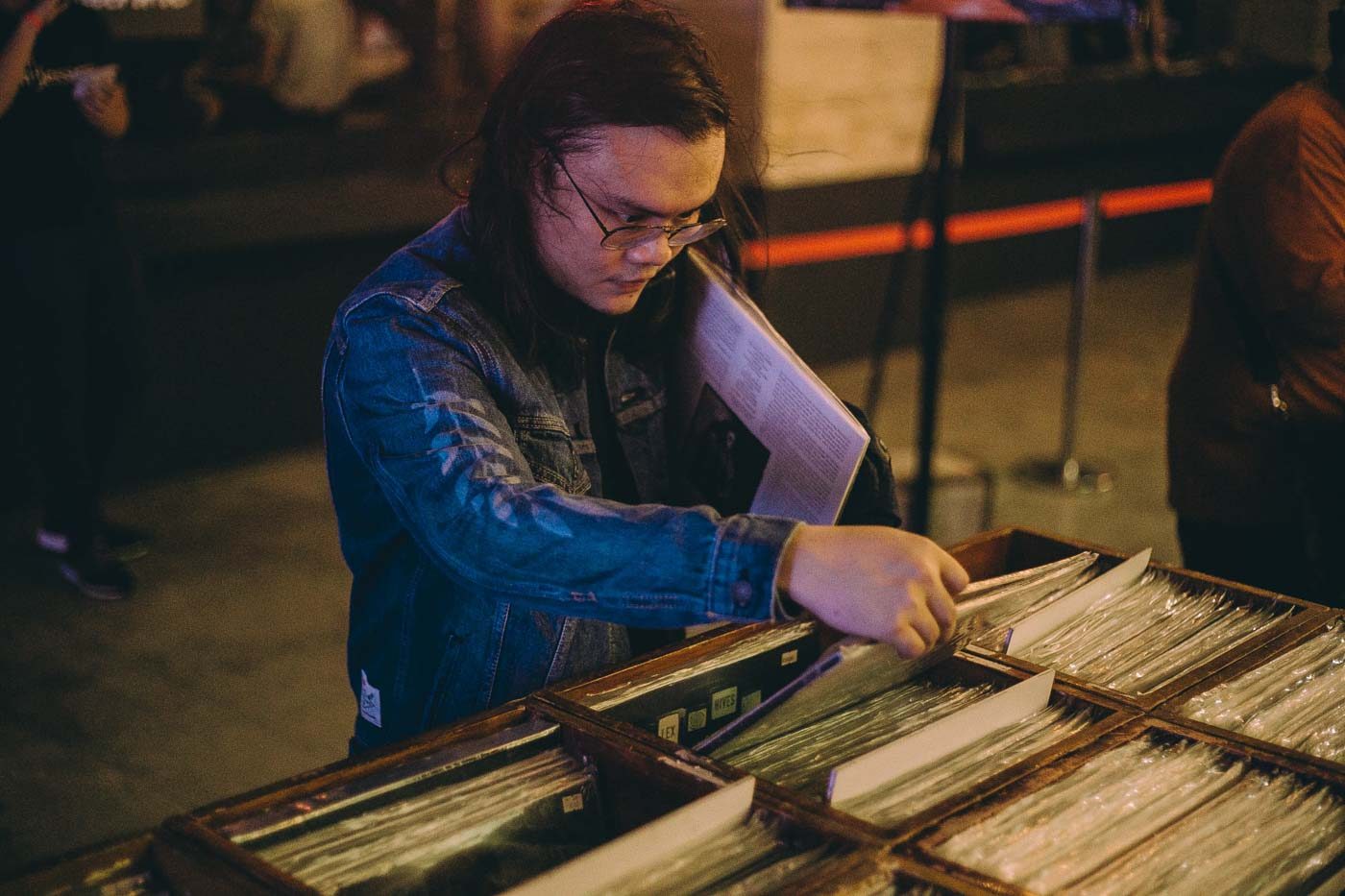 Why do you think people collect vinyl?

Kasi ang sarap ng fact na meron kang player tapos ilalagay mo ‘yung record, and then may mechanism siya to play. ‘Di lang siya ‘yung digital na isang pindot – may process siya. (It’s amazing to have a turntable where you’d put on a record, which has its own mechanism to play music. It’s not like digital, which just needs the press of one button. It has a process.) Carpenters – A Song for You It’s pretty much the album that I grew up with. My dad would always play it, so it holds a very sentimental value for me. I would use the songs to practice whenever I sing with my dad, so it really means a lot.

The easiest tracks that I would sing to when I was a kid were “Top of the World” and “I Won’t Last a Day Without You” because Karen Carpenter’s voice is sort of mababa (low), right? So it’s easy to sort of “copy” but at the same time it’s easy to mess up. Her voice is just so unique and I try my best every time to sort of copy her voice whenever I sing a Carpenters song. That’s what I’ve been doing since I was a kid.

Candy’s picks: “Top of the World,” “I Won’t Last a Day without You” It’s one of the first albums that I heard from Sleigh Bells, and I guess it matters to me because it introduced me to that whole genre of sound. I might sound a bit pretentious, but I would say that I listened to it back when everybody didn’t know what that kind of sound was.

So it was very eye-opening for me, I guess, as a newbie. That’s the first time I’ve heard something like that. It was just so awesome, and I sort of just listened to the whole album because of that. Ever since I listened to that album, specifically “Zero” and “Hysteric,” I fell in love with the band. I just went online and checked out their discography.

I just love almost all their songs, so Yeah Yeah Yeahs always hold a special place in my heart. That’s the first album I listened to from them, so it matters. Why do you think people collect vinyl?

It’s the quality of the sound that you get from vinyl. It’s just that nothing beats it. I mean, I get it that everything is easier when it’s digital, but when you have a vinyl player and the vinyl record itself playing, it’s just – I don’t know. It’s kind of hard to explain.

You just have to hear it, and you will know the difference. It’s just, overall, the quality ’cause it makes you feel like you’re there with the band. of Montreal – The Sunlandic Twins of Montreal is one of my favorite bands. They’re Beatles-inspired, and one guy just does it – si Kevin Barnes. He records and writes everything. He has such a maximalist approach to writing songs.

I like this album because it has the song “Wraith Pinned to the Mist and Other Games” which has one of my favorite live videos of all time. They have arty shows and live visuals all the time, but this song specifically is one of my favorites.

Howard’s pick: “Wraith Pinned to the Mist and Other Games” When I started out playing guitar, I would watch my dad’s Led Zeppelin live DVDs, and the first few songs I heard in Led Zeppelin’s IV were “Stairway to Heaven,” “Black Dog”… They’re a super important guitar influence.

I’m a fan of Brian Eno and David Byrne. David Byrne is from Talking Heads – one of my main influences din, and they worked together on some albums – I think more than three.

After that series of albums, Brian Eno and David Byrne collaborated and made experimental music just using field recordings and radio recordings. It’s one of the first few experimental albums that I listened to. Why do you collect vinyl?

I grew up listening to CDs, then eventually I started downloading MP3s and then burning my own CDs. Then, after noon in college, streaming na. I guess after a couple of years, I missed the ritual and the physicality of owning an album.

When I got older, I got more into high fidelity stuff – not just high fidelity, but also just appreciating the original context of music that I like because I like a lot of old music. Most of them are originally on vinyl, so it’s just more of wanting to experience the way people listened to music back then.

Most of all, it’s the ritual of it: holding a vinyl record, going to stores digging, and looking for good finds. Also just looking at the big album covers is really nice. – Rappler.com

NOTE: The interviews in this article have been edited for clarity.