MANILA, Philippines – As I stepped into the room, the first thing I noticed about this Karpos Live crowd was how young it was. There were even chaperones waiting in the wings. I felt like Steve Buscemi in 30 Rock, saying that iconic line, “How do you do, fellow kids?”

After seeing the most recent editions of Karpos Multimedia’s live music series, this came as an unnerving jolt – at least for me.

Honestly, this is a good thing. From the producer’s perspective, it seems like you’re capturing a wider – if not newer – audience. After a roster of more established artists, they’re also casting the spotlight on ones to watch.

With a household name like hers, Kiana Valenciano doesn’t fall far from the tree. But she has shown that she can hold her own with a simmering, ethereal take on R&B. If the screen behind her wasn’t clear enough, it’s just “Kiana,” and she owned that stage. Her voice – light and languid, yet soulful and measured – steadily cruised over pulsating beats, crystalline keys, and warm saxophone riffs. Poise runs through the blood in her veins, but here is a musician with an assured grasp of her own music. This was her first headlining show, she mentioned, and throughout her set, she displayed range – from the grooves of “Caught U” and “Get Together,” to the sauntering production of “Faded, Love” and “Misfits.”

She also debuted new material: “Corners,” “Hide My Love,” and “No Rush.” 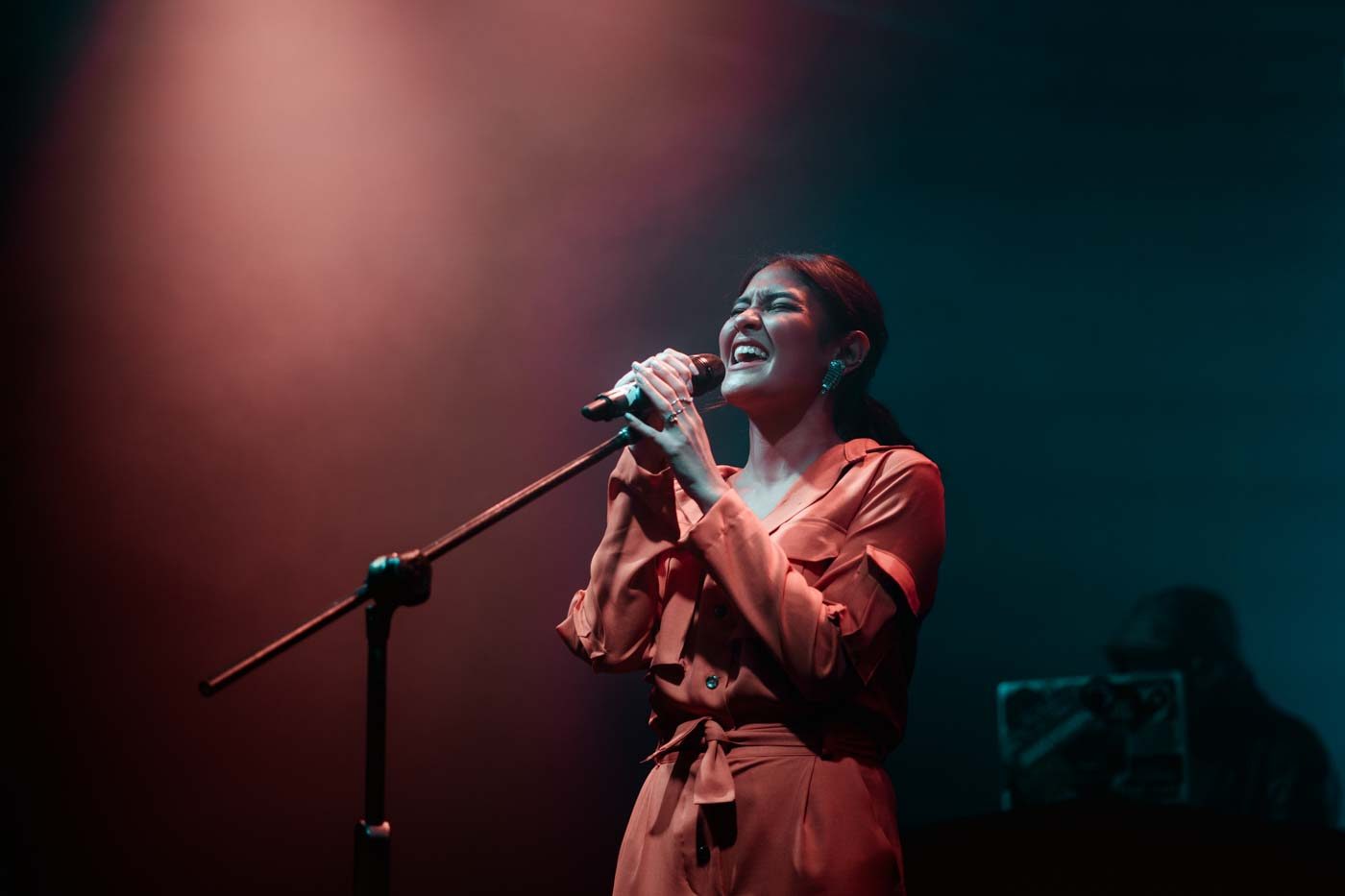 As Jeremy Zucker’s turn onstage came, the crowd started to get more rambunctious and shrieks echoed across the room. I get it, he has quite the fanbase here. The “comethru” and “all the kids are depressed” singer brought his hits – and more.

Zucker juggled the pensive and folksy numbers like “better off” and “Oh, Mexico” with the heady and fiery ones like “Heavy” and “wildfire.” He even mixed in a cover of Frank Ocean’s “Thinkin Bout You,” for good measure. There’s something strangely resonant about Zucker’s music – even for its guileless messaging – that it was able to rouse the voices of these teenagers and college kids. His fans sang along so loud, it took the New Jersey native by surprise. It was his “warmest welcome” ever, he said. See more photos from the show: On November 14, Karpos Live Mix 9 will see the return of FKJ and Adoy to Manila. More details can be seen here. – Rappler.com

Special thanks to Globe Telecom.