Regrets I’ve had a few, says ‘My Way’ songwriter

Nov 14, 2019 7:30 AM PHT
Agence France-Presse
Facebook Twitter Copy URL
Copied
Looking back on it now, on the 50th anniversary of Sinatra's version, Jacques Revaux says he 'has never appreciated the song so much' 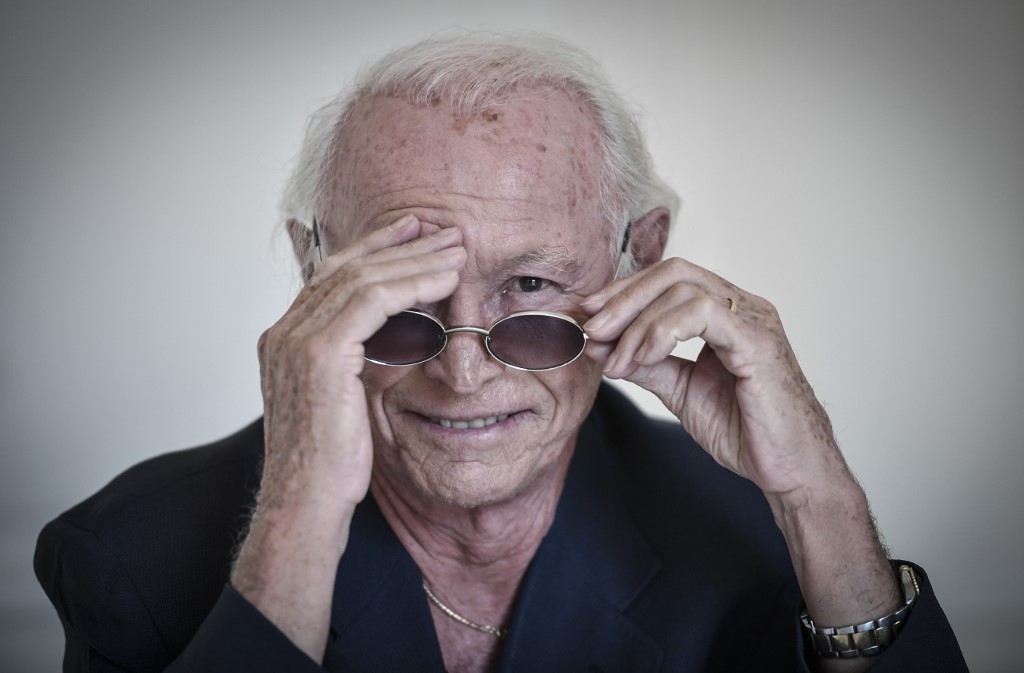 PARIS, France – He wrote the music for My Way, one of the world’s most popular songs, but Jacques Revaux would like to mention a few of his regrets.

For one, “I don’t even have a photo with Frank Sinatra,” the French songwriter laughed.

The legendary American crooner may have made the song a global hit, but not many people know it was actually a French song first. Fewer still – not even in France, where the credit often goes to the singer Claude Francois – are aware that Revaux wrote the original.

Yet half a century after he wrote the first draft of the classic, and despite being elbowed into the shadows not just once but twice, the 79-year-old Revaux is still happy he did it his way.

The prolific songwriter scribbled down a number about a couple falling out of love titled “For Me” in his own rather idiosyncratic English in 1967 when he was 27.

He took it first to the “French Bob Dylan,” Hugues Aufray, who said, “Bloody hell, it’s good, but it’s not for me,” Revaux told AFP.

The British singer Petula Clark and the Egyptian-born diva Dalida also turned it down before Revaux – who by then had penned a string of hits – bumped into French megastar Francois in the Riviera resort of Cannes that summer.

They ate together and “Cloclo,” as Francois is known to generations of his fans, teased Revaux over never writing a song for him.

“You do all sorts of rubbish for everyone else, why not for me?” Revaux recalled Francois telling him, even though the singer’s managers had rejected the tune.

Some time later sitting by the pool at Francois’s mansion, the singer asked him again. “Well, are you going to play me some of your rubbish then?” he demanded. Revaux picked up his guitar – and the rest is history.

Francois recorded the song as “Comme d’Habitude” (As Usual), but before it was released Revaux got a call from his editor.

“He said Claude wanted his name on all the songs (on the album), and it wasn’t on this one. Would I mind sharing the credit with him for the music?

“I said, ‘No problem’… at the time we didn’t know what we were doing,” Revaux said. And so the song’s official credit still reads: “Music: Claude Francois, Jacques Revaux. Lyrics: Gilles Thibaut.”

And now, as tears subside, Revaux finds it all so amusing. “I don’t regret it,” he said, before admitting that actually he has one or two.

“My only regret is that I disappeared as the composer” as far as the public was concerned, he said.

“Peace be upon his ashes, but Claude, like all the big stars, want to claim the credit.”

That said, Revaux admitted that Francois sang it fantastically and gave a bit of “muscle” to his “syrupy” original.

That summer the former Canadian teen idol Paul Anka heard the song while he was on holiday in France and later rewrote its storyline into one of someone reminiscing on life.

Rights sold for one dollar

Having got the rights for a nominal dollar, he gave the song another tweak, especially for Sinatra, who had earlier told him that he was quitting show business. “I’m sick of it, son,” he had told him, saying would record only one more album before he hung up his hat.

But Anka chipped away at him, and Sinatra recorded it at the end of 1968 “in one take,”  according to the legend.

Released a few months later, it was a massive hit, boasting 75 weeks in the British Top 40 – a record that still stands – and re-recorded by Elvis, the Sex Pistol’s Sid Vicious, Robbie Williams and Julio Iglesias.

Today, it is the song most played at funerals in the world.

Even so, Revaux had mixed feeling when he first heard Ol’ Blue Eyes sing it. “First of all I was happy, it was Sinatra, but shame on me” he failed to realize it was a masterpiece, he admitted.

“If it had been a straight translation of our ‘Comme d’Habitude’ it wouldn’t have had one percent of its success,” he said.

“So thank you Mr. Paul Anka!” he laughed.

Looking back on it now, on the 50th anniversary of Sinatra’s version, Revaux said he “has never appreciated the song so much.”

For him, Sinatra was one of those stars “who you didn’t just walk up to” and though the two were in the same room when the singer was honored with a medal by the city of Paris, he did not dare to have his picture taken with him.

Although he has some sneaking admiration for the Sid Vicious version – “he adapted it to his own personality while others have just taken the same tempo” – Nina Simone’s is his favourite.

“For me it is the most beautiful recreation of the song,” Revaux said. – Rappler.com