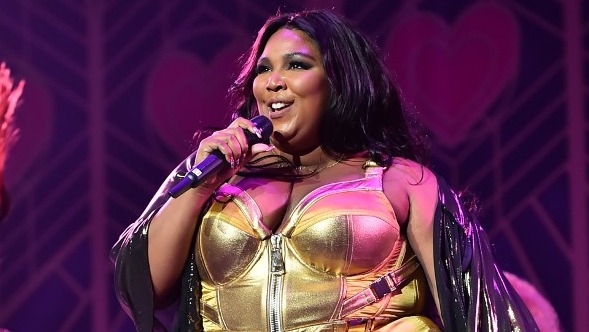 NEW YORK, USA – Not that long ago, Lizzo was on the verge of quitting music, dispirited by the lack of recognition she was getting for her unique pop-rap blend sprinkled with classical flute riffs.

But it’s now difficult to envision the music world without her effervescent stage presence.

Lizzo is dominating the concert scene, streaming playlists and social media feeds, seducing legions of fervent fans with her soulful self-love anthems, zesty raps, and even the occasional twerk.

She capped a banner year – which included her album drop, topping the hot songs chart and a cameo in the hit film Hustlers – by jumping ahead of this year’s Grammy pack on Wednesday, November 20 in the US, to lead the field with 8 nominations, including nods in all 4 major categories.

The 31-year-old artist born Melissa Viviane Jefferson debuted in 2013 but did not achieve mainstream success until the release of her 3rd studio album Cuz I Love You, which is in the running for Album of the Year Grammy honors.

The Detroit-born, Houston-raised performer with a big voice developed a hankering for hip-hop as a pre-teen but originally aspired to a career as a professional flutist.

She relocated to Minneapolis in 2011 – an ultimately career-changing move that led her to encounter the Midwest’s favorite son Prince, who co-signed her to work with him.

“When you’re an artist, your career isn’t defined by trends or age,” she told Rolling Stone of working with the late legend who changed the course of pop.

“That’s the biggest lesson I learned from Prince: perpetuate positivity, and also art is forever. Be eternal.”

‘Everybody has different packaging’

Lizzo’s perseverance to reach the top has included letting herself get vulnerable on body image.

Her music celebrates her blackness and size with unfettered determination, including lyrics like “I’m just as thick as my skin is” and “No, I’m not a snack at all / Look, baby, I’m the whole damn meal.”

“I got backfat and I got a belly,” the superstar told Rolling Stone in 2018.

“Everybody looks different. Everybody has different packaging,” she added.

“I do this… so little girls in the future don’t have to worry about this body shaming. This body shaming in the mass media is holding us back, but it ain’t holding me back.”

She penned her song “My Skin” after being asked to name her favorite physical characteristic and realized her skin, which she had just scraped in an incident, stood out.

“That was the first time I’d ever discovered my body love,” she told NPR.

“I wrote this song to celebrate that moment because it literally changed my life,” she said, noting that as a black woman, “the thing that I like about myself the most is the thing that’s weaponized against us.”

The uninhibited artist shut down this year’s Black Entertainment Television awards with a viral performance of her sleeper smash “Truth Hurts.”

“Why men great ’til they gotta be great?” rapped Lizzo, sporting a lacy bridal corset, sneakers and bling, bringing the crowd to its feet including an exuberant Rihanna, who has praised the breakout artist as “so badass.”

“You’re s’posed to hold me down, but you’re holding me back / And that’s the sound of me not calling you back,” Lizzo emphatically sings in the infectious hit originally released in 2017, which soared to the top of the US songs chart when it was re-issued on a deluxe version of her latest album.

Lizzo’s rise to celebrity has not been without industry drama, as a legal dispute concerning songwriting credits brews over “Truth Hurts.”

Two brothers, who Lizzo has sued, hold they were key to an early songwriting session that developed the hit’s signature line: “I just took a DNA test, turns out I’m 100% that bitch.”

The Grammy Awards – music’s biggest night on January 26 – could see a rager of a performance from Lizzo, who routinely slings back tequila from the bottle onstage.

Fashion watchers will also be on red alert for the boisterous star’s latest ensemble – she donned a fluffy, hot pink Marc Jacobs jacket to this year’s Met Gala, which she proudly wore as she strutted through a New York airport the morning after.

But no matter the gown, there’s no doubt Lizzo will be unabashedly herself.

“I didn’t have enough women to look up to and they weren’t given enough space in the industry to carve out a lane for big girls that are brown and black and want to sing and dance without getting… body shamed,” she told Vogue in May.

“I want to be a sex symbol and music goddess and I’m out here trying to make that happen for myself.” – Rappler.com