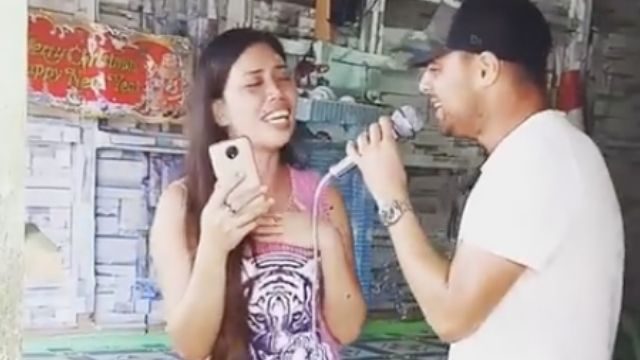 MANILA, Philippines – One lucky woman in Palawan has lived the dream of A1 fans everywhere as she did a duet with the British boy band’s Ben Adams – to the band’s hit song “Like a Rose,” no less.

In a video that has since gone viral, the woman, Edith Rodriguez, sings with Ben in a carinderia (eatery) in El Nido, Palawan – and gives quite an impressive performance next to the pop star.

Edith posted the video on Facebook, thanking Ben and saying: “I’ve always been fan of A1 and especially you! This is such a memorable day for me!”

Ben was in El Nido with his fiancée, Sara Skjoldnes, after they visited Ginto Island. They then flew to Manila to celebrate Ben’s birthday on November 22. He signed a contract with Sony Philippines on the same day, before flying home to the United Kingdom.

Signing to Sony……..last time I did this i was a 16 year old kid. Now I’m a 38 year old kid and feel very lucky to be where I’m at. Thank you!!! Happy Christmas to me! Thanks @roslynpineda for making it happen and big thanks to the whole team for a great and super successful trip! #thisischristmas

Ben came to the Philippines to perform in concert with A1 and fellow ’90s boy band O-Town for the Playback Music Festival. – Rappler.com