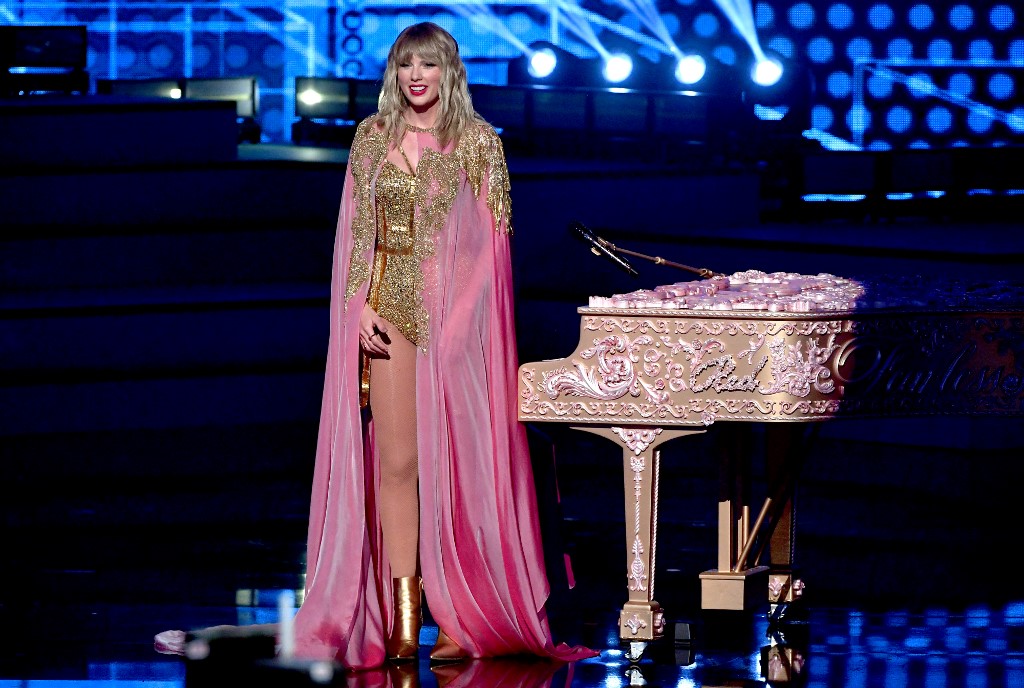 MANILA, Philippines – 2019 was clearly a good year for Taylor Swift – the pop superstar, who released her new album Lover in August and was named Artist of the Decade at the American Music Awards in November, came in at number one on Forbes’ “Top-earning musicians of 2019” list.

Taylor raked in an estimated $185 million in 2019, “thanks to a new record deal, a bevy of endorsements, and the tail end of her most recent tour,” said the magazine.

It’s the second time in the last 5 years that Taylor topped the list.

Second to Taylor is rapper Kanye West, who earned an estimated income of $150 million, which was boosted by sales from his apparel line Yeezy.

Interestingly enough, the top two highest earners have been at the center of one of the most high-profile (and by all accounts still ongoing) music feuds in recent history – which began when Kanye infamously interrupted Taylor’s award acceptance speech at the 2009 Video Music Awards. (READ: The clapback: 10 music feuds that hit more than just the charts)

The Forbes list of 40 includes singer-songwriter (and Taylor’s frequent collaborator) Ed Sheeran, who took the third spot with estimated earnings of $110 million, and rock band The Eagles, which came in at number 4 with an estimated income of $100 million.

Rounding out the top 5 is glam rock icon Elton John, who earned an estimated $84 million in the middle of his ongoing farewell tour, which has shows scheduled up to December 2020.

Also debutinf on the list is hip hop group Migos, which came in at number 40, with $36 million in estimated earnings.

Forbes based the ranking on the artists’ earnings from tours, music, and other business ventures. – Rappler.com