U2 plays ‘Heroes’ for volunteers, journalists: ‘We salute you, truth-tellers’ 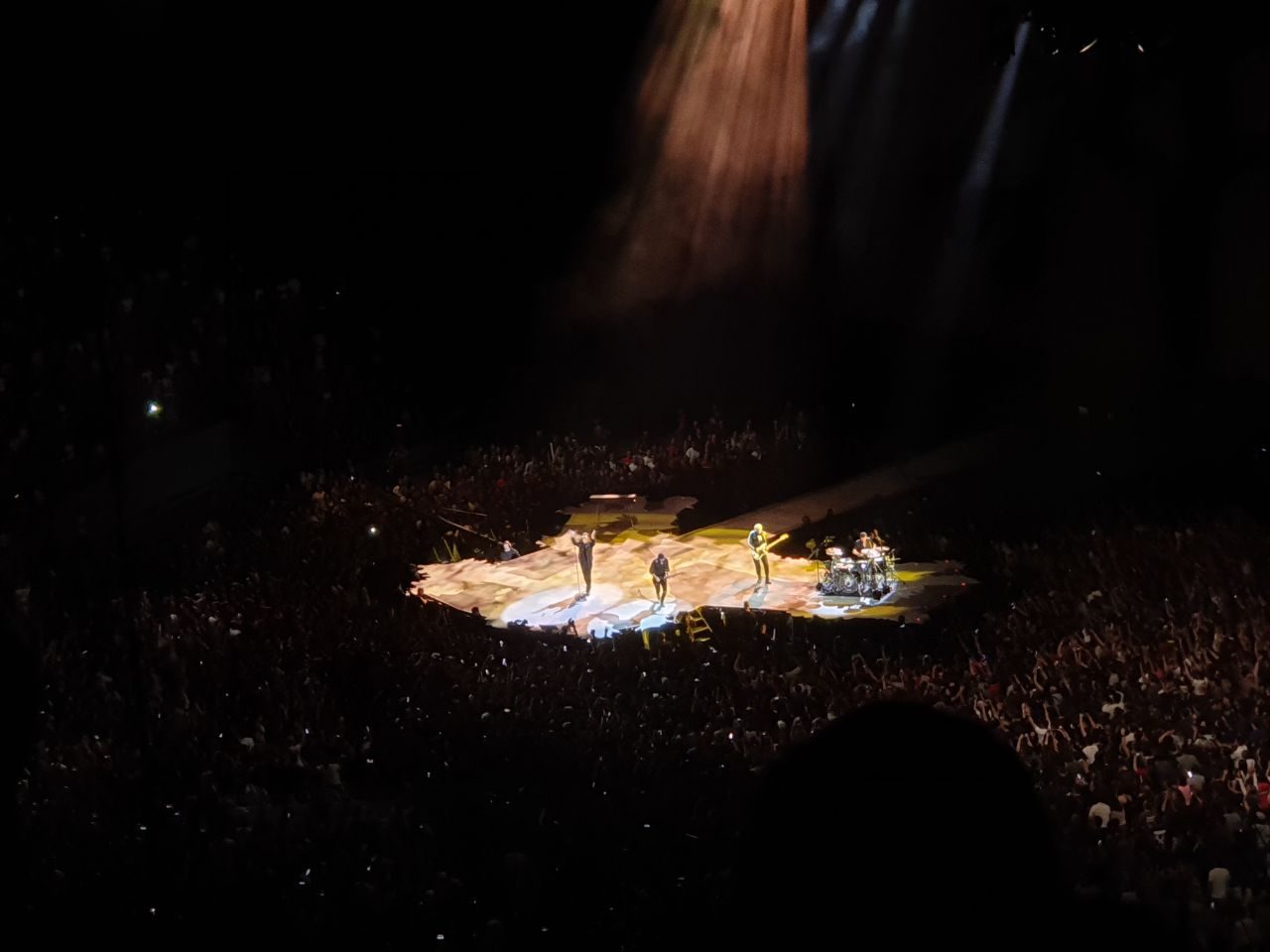 MANILA, Philippines – U2 paid special tribute to Red Cross volunteers and journalists at their Philippine concert on December 11.

A few songs into the show, frontman Bono acknowledged volunteers from Red Cross, saying “we keep them in our prayers, the ones that keep us safe from physical harm.”

“Also in our prayers, let’s keep the journalists, the truth-tellers, the activists who keep this country spiritually safe,” he said.

“We salute you, truth-tellers, everyday heroes, we see your lights, we see the stars, the Manila sky,” he continued, as they played the opening chords of David Bowie’s “Heroes.”

WATCH: Bono pays tribute to Red Cross volunteers and journalist before launching into a cover of David Bowie's "Heroes": "We salute you, truth-tellers, everyday heroes, women and men and see your lights, and see the stars, and the Manila sky." Video courtesy of Inigo de Paula pic.twitter.com/YXiyDhvYxs

Towards the end of their concert, U2 also recognized gamechanging Filipinas “who rewrite history,” among them Rappler’s Maria Ressa.

The tributes came after Bono stressed the importance of a free press at a press conference in Manila on December 10.

“President Duterte is very popular, he doesn’t need me on his side, and as it happens I have a very deep conviction about journalism,” he said, when asked if he would snub President Rodrigo Duterte for his human rights record.

“The safety of journalists is very important, and I think a democracy requires a free press,” Bono said.

Their concert in the Philippines was their first time to play in the country – a show “4 decades” in the making, as Bono himself said. It was held at the Philippine Arena, and featured a setlist that included the band’s entire Joshua Tree album, and their other hit songs.– Rappler.com