BIGBANG to perform at Coachella 2020 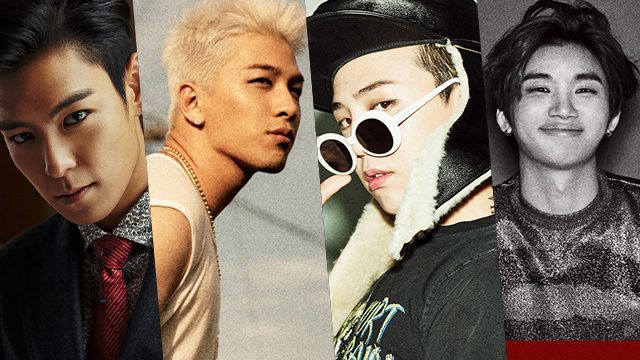 MANILA, Philippines – The Kings are back!

After going on hiatus with its members entering mandatory military service, K-pop boy band BIGBANG is making quite the comeback as it joins the lineup of artists for the 2020 Coachella Valley Music and Arts Festival.

Coachella, which runs for two weekends in April, announced their full lineup of artists on January 3.

BIGBANG is set to perform on the festival’s Friday shows on April 10 and April 17. The group includes members G-Dragon, T.O.P, Taeyang, and Daesung. One of its members, Seungri, retired from the entertainment industry in March 2019 after he was accused of offering prostitutes to investors in his nightclub, Burning Sun.

The last time BIGBANG performed was on December 31, 2017, prior to the members’ military enlistment. They were discharged last year.

Another K-pop act, hip-hop group Epik High, is part of Coachella’s Sunday line-up, with performances slated for April 12 and April 19.

For 2020, Coachella’s headliners include Rage Against the Machine for the Friday shows, Travis Scott for the Saturday shows, and Frank Ocean for the Sunday shows.

Coachella will be held in Indio, California from April 10 to 12, and April 17 to 19. Tickets for the first weekend are already sold out. – Rappler.com