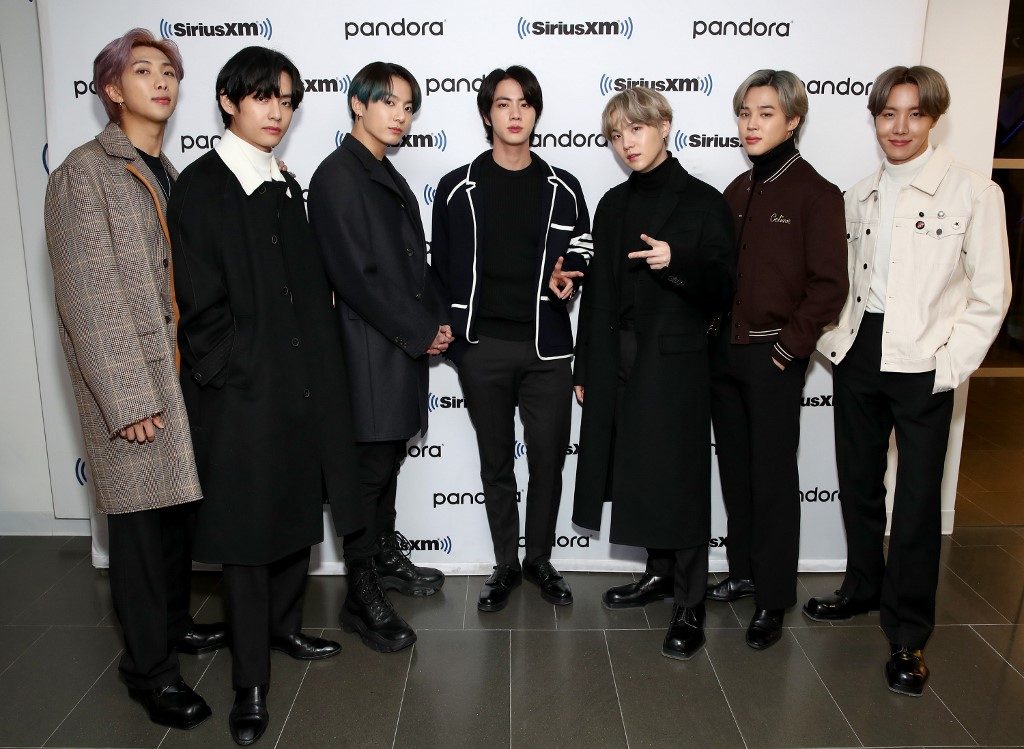 The country has so far confirmed more than 800 cases of the novel coronavirus, by far the largest national total outside China, the origin of the disease.

In light of the outbreak BTS streamed the conference on Youtube, the band’s management said, with the 7 members waving and bowing to a virtually empty hall and answering previously selected questions from journalists.

“Health is always on our mind these days and our messages of facing your inner self and loving yourself is ultimately possible when you’re healthy,” said singer Jimin.

“Especially since it is very risky outside these days, I hope you take care of your health.”

BTS – or Bangtan Sonyeondan, which translates as Bulletproof Boy Scouts – are the first K-pop group to top charts in the US and Britain.

Their latest effort was given a simultaneous worldwide release online on Friday, unleashing a flood of BTS chatter on social media.

Map of the Soul: 7 was the most pre-ordered South Korean album of all time, with more than four million copies sold before its release.

The group had rolled out a 30-second preview “ON” exclusively on TikTok Thursday, momentarily causing the short-form video app to crash.

BTS has topped the Billboard 200 on three occasions – a record for a South Korean group – and if their new album becomes number one, they will become the first group to lead the chart on four occasions in two years since the Beatles. – Rappler.com