LOOK: BLACKPINK in second round of ‘How You Like That’ teaser posters 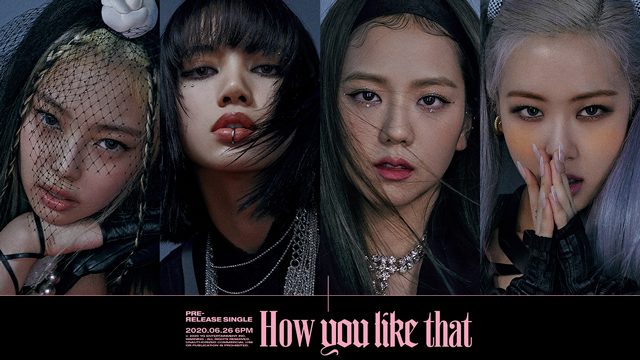 MANILA, Philippines – As Blinks attempt to contain themselves while waiting for BLACKPINK’s comeback, YG Entertainment released another set of posters for the K-pop group’s upcoming single ‘How You Like That.’

The group also released short videos teasing the comeback, with each clip featuring one member of the group singing “How you like that.” Two videos have been released so far, featuring Jennie and Rosé.

Fans have been waiting for BLACKPINK’s comeback for a while now. The group released their EP Kill This Love in April 2019. Their comeback was confirmed by their management in May, and is seen to be the first track off their first full-length album, slated for release in September.

While BLACKPINK continues to tease their upcoming new song, fans have not gone without – the group recently collaborated with Lady Gaga for “Sour Candy,” which was included in Gaga’s latest album, Chromatica.

“How You Like That” is set to be released on June 26. – Rappler.com