Facebook Twitter Copy URL
Copied
Music-lovers are rejoicing at the availability of Spotify for Pinoy users. Here's a quick look

Imagine the millions of songs floating around on the Internet. Instead of downloading them, often illegally, what if it was possible to search for the song and artist you like and play them whenever you want, completely free?

That, in a nutshell, is what Spotify is all about.

It’s been called a revolution in music distribution and appreciation. Considering how it provides a simple and elegant platform to bring artists and listeners together, that’s probably not an exaggeration.

There are popular music acts like Bruno Mars, Katy Perry, David Guetta, Coldplay and Pharrell, and also more niche artists like Tan Vampires, Grizzly Bear, Superhumanoids and Those Dancing Days. You’ll have to chance to access several types of music based on your mood or preference.

The folks behind it also made sure that Filipino music is represented in the service available in the Philippines. “We have a strong OPM catalogue because we know how Filipinos love their own music,” said Singapore-based Asia Director Sunita Kaur. Supporting the launch with live performances at 71 Gramercy in Makati City, were UpDharmaDown, Abra and Silent Sanctuary – their music is also now available on Spotify.

How exactly does Spotify work?

Mobile users can download the app via Android or iOS (a desktop version is also available). After signing up and creating a user profile, you’re ready to go. If you feel like listening to a specific artist, just search for the name of singer or band and all the tracks are displayed, ready to be streamed.

If you feel like letting someone els choose for you, the browse tab has a selection of pre-loaded playlists divided into either musical genre or mood (such as Travel, Rock, Pop, Romance, Party, etc.).

Discover is a nifty tab that makes recommendations based on your previously played songs, allowing you to listen to new artists closely related to the music you already like. After listening, for example, to Old Lights, Spotify recommended Plants and Animals and The Devil Whale, artists that I might never have come across had I not browsed through the service.

There is a Radio tab that streams music nonstop based on specific genres. Spotify is also a social network; users can create their own profiles, add and follow people and interact with like-minded music lovers. 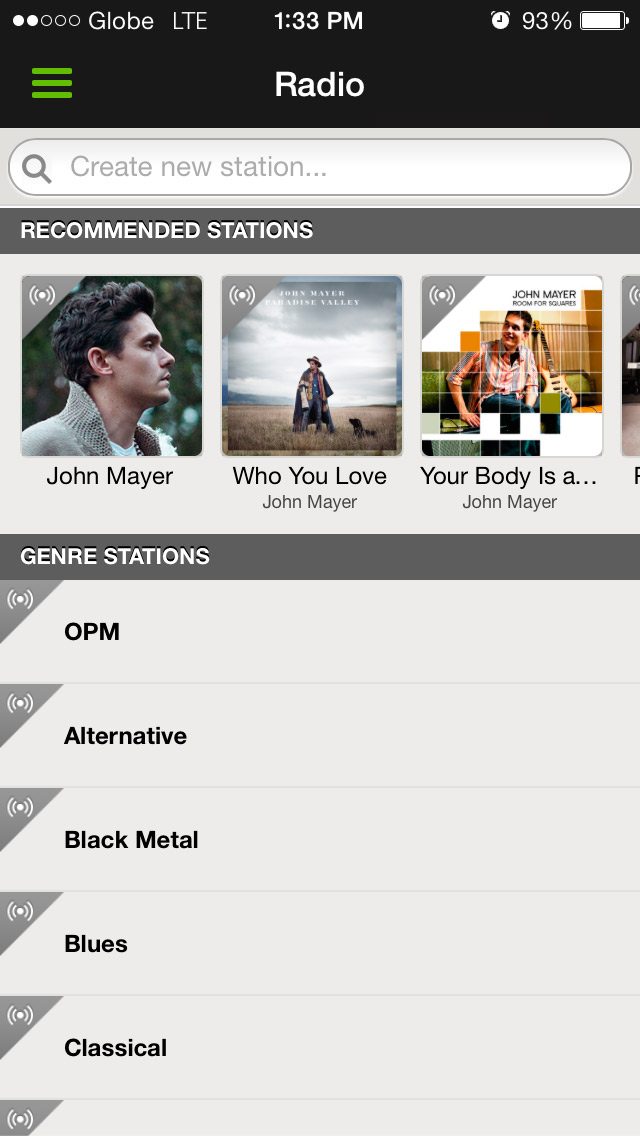 In iOS at least, a useful feature is that the music keeps on playing even after exiting the app (not so for other music-playing apps like YouTube). If you need to pause, it’s possible to control the player by scrolling up from the bottom of the home screen.

Listeners can choose to enjoy Spotify for free, although they must contend with ads and limited service. For an additional P129 per month, the Premium service allows users to download tracks and listen to them even when offline. The company partnered with local telco Globe to offer the service with their data plans. (Rival telecom Smart has their own music streaming service, Spinnr, which offers a similar platform).

For years, music industry professionals have sought a way to stem the rapid decline of music sales and loss of revenue due to piracy and illegal downloads. It remains to be seen if Spotify is the answer to this conundrum, but for sure, it’s certainly a step in the right direction. – Rappler.com