The Rolling Stones gear up for controversial first Israel gig 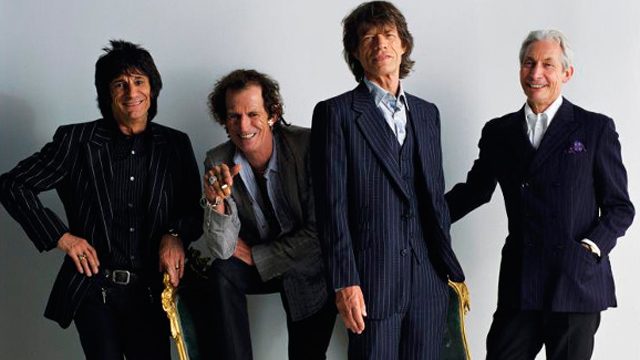 They only resumed a world tour in Oslo last week after interrupting it in March following the suicide of lead singer Mick Jagger’s partner, L’Wren Scott.

The Stones touched down in Tel Aviv Monday aboard their private jet, emblazoned with their tongue logo, accompanied by some 70 staff, according to Israeli media.

Guitarist Ronnie Wood, drummer Charlie Watts and keyboardist Chuck Leavell traveled to Jerusalem Tuesday to visit its Old City, but Jagger and guitarist Keith Richards did not join them.

Israeli organisers and media have branded the concert, part of the band’s European tour, a “historic visit”.

Israeli promoter Shuki Weiss, once quoted as saying he would retire after bringing the Stones to Israel, had guaranteed the band $6.7 million (4.9 million euros) for the one-night stand at Tel Aviv’s Hayarkon Park, according to a newspaper report.

Rock music columnist Benny Dudkevitch told AFP the Stones had taken so long to reach Israel’s shores because no promoter in the country had been willing to put down enough money to host them.

Weiss told daily Haaretz that the concert had to be pushed back by 45 minutes, to give practicing Jews the chance to get there after the holiday of Shavuot ends at sunset.

The band has been under pressure from pro-Palestinian activists, including fellow rock stars, to cancel the gig as part of a boycott of Israel over alleged human rights abuses.

The Palestinian Boycott, Divestment and Sanctions committee urged the Stones to abandon the concert, noting the band had been vocal opponents of racial segregation in South Africa, comparing apartheid to Israel’s policies towards the Palestinians.

“Palestinian organisations urge the Rolling Stones to refrain from playing in apartheid Israel and not to condone Israel’s violations of international law and human rights against the Palestinian people,” BDS said when the concert was announced in March.

In a letter published on the Salon.com website this month, they said the concert was the “moral equivalent of playing (casino resort) Sun City at the height of South African apartheid.”

A growing number of governments and international businesses have said they will not trade with Israeli firms with ties to Jewish settlements, highlighting the creeping success of the Palestinian-led boycott campaign.

Stevie Wonder did the same over an Israeli army fundraiser in November 2012 after pressure from Waters, and fellow US singer Lenny Kravitz cancelled a Tel Aviv concert in October after being petitioned by activists, citing a scheduling conflict. – Rappler.com