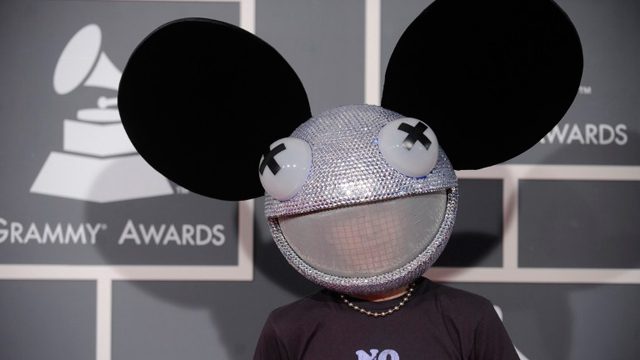 LOS ANGELES, USA – Electro musician deadmau5 has launched a David v Goliath challenge to entertainment giant Disney, in a dispute over similarities between his mouse-ears logo and the world-famous Mickey trademark.

“Lawyer up, mickey,” said the Canadian artist on his Twitter feed, vowing not to be “bullied” after Disney filed a legal document opposing his application to trademark his own logo in the United States.

He told his nearly 3 million Twitter followers: “Disney thinks you might confuse an established electronic musician/performer with a cartoon mouse. That’s how stupid they think you are.”

landed home to some interesting news: looks like Disney officially just filed in opposition of my trademark… lawyer up mickey.

Disney thinks you might confuse an established electronic musician / performer with a cartoon mouse. That's how stupid they think you are.

According to his lawyers, Disney filed a 171-page “trademark opposition proceeding” Tuesday against deadmau5’s application to trademark his logo, which he made in June last year to the US Patent and Trademark Office.

They contend that deadmau5 has been using his logo  –  which shows a front-facing mouse with large circular ears, and two large eyes  –  for years in the United States and around the world, without a problem.

“The deadmau5 front-facing mau5head is a registered trademark in 30 countries worldwide … Disney is now opposing the US filing,” said lawyer Dina LaPolt.

She added: “Given that the mau5head and other identifying deadmau5 trademarks have been used in the US and around the world for almost a decade, we wonder why Disney is only now coming after deadmau5.

“Our client will not be bullied by Disney and is prepared to fight to protect his rights to his property,” she said.

Disney did not immediately respond to requests for comment or confirmation on the trademark spat. –Rappler.com