Memories of the madness: The Eraserheads and new music

The Eraserheads, arguably the greatest Pinoy rock and roll band of this or any other generation, were on hand at the launch of their cover on Esquire magazine to select group of colleagues, fellow musicians and friends at the Mayuree Grand Ballroom of the Dusit Thani Manila Thursday night, September 4. 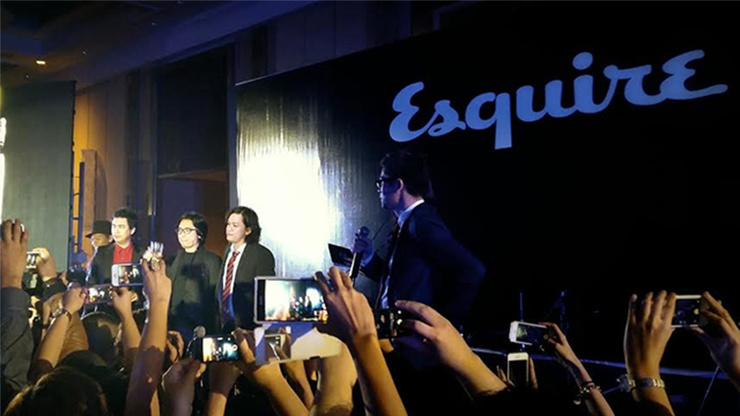 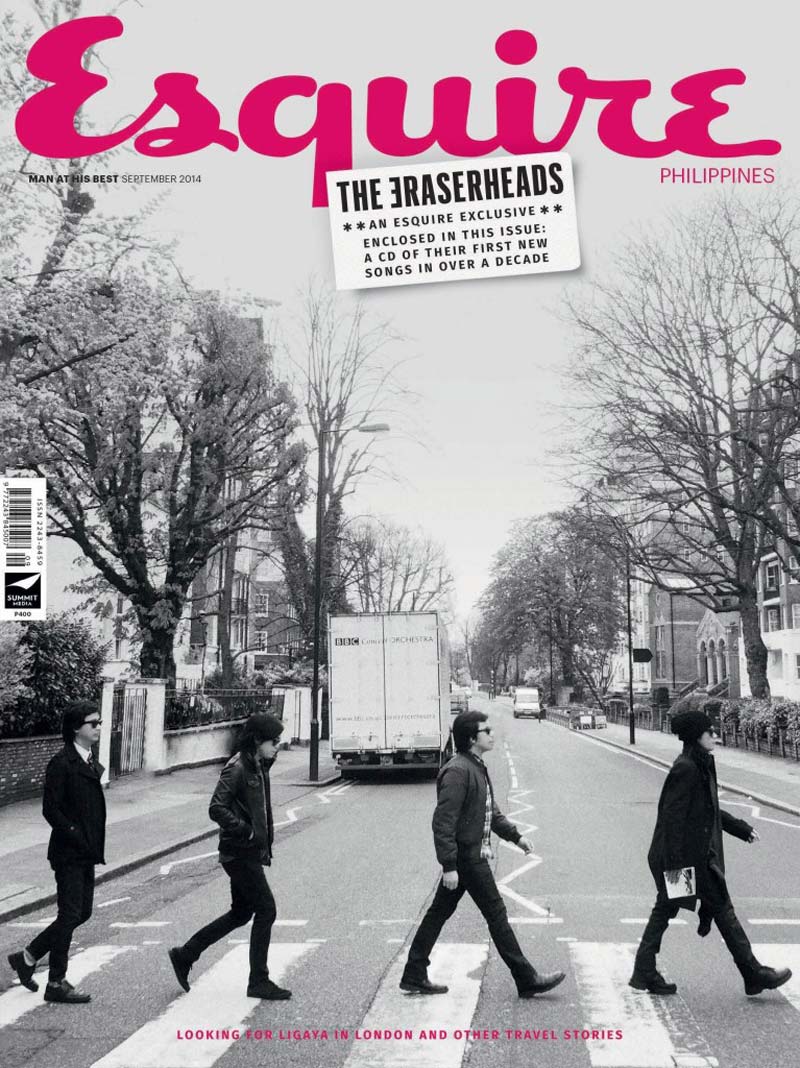 What nobody saw coming was the “impromptu jam session” of the four original members of the band—Ely Buendia, Buddy Zabala, Marcus Adoro and Raymund Marasigan—along with a couple of their longtime friends and session musicians.

It was an event orchestrated by the local edition of Esquire magazine, led by its editor-in-chief Erwin Romulo.

“That was a jam,” Romulo told me as we duck out of the melee that was the ballroom for a quick break outside. “It wasn’t the Eraserheads. They didn’t perform.”

Sure they didn’t. As Raymund so loudly proclaimed before he and his cohorts launched into a rousing, satisfyingly appropriate rendition of “Magasin”: “This is NOT the Eraserheads.”

“You did not see us, okay?” echoed Ely. To which a frantic, overstimulated audience eagerly voiced their assent.

The foursome, along with Mike Dizon (Sandwich) on drums and Rommel “Sancho” Sanchez on guitars, also played “Sembreak” and “Alapaap.” Dozens, possibly hundreds, of cellphone cameras were raised to preserve the moment for posterity; there’s no telling when this would happen again. (READ:The Eraserheads: Coming full circle)

“This whole thing started with Esquire and the Eheads,” Romulo said. We wanted to find out what the band would sound like today. That was the only thing. It’s not a comeback. It’s an experiment.”

In the current issue of the gentleman’s magazine, Romulo writes about the experience of joining the band during their one-night show in London. “We all hung out in Portobello Road, all four members and their families and friends. We just talked. And then people started getting ideas. ‘Hey, why don’t we play?’”

And play they did. Amidst the backdrop of a city and country that birthed iconic musical groups like The Clash, Led Zeppelin, The Rolling Stones, and the granddaddy of them all—The Beatles—the Philippines’ own version of the Fab Four found themselves regrouping enough to actually make new music again. 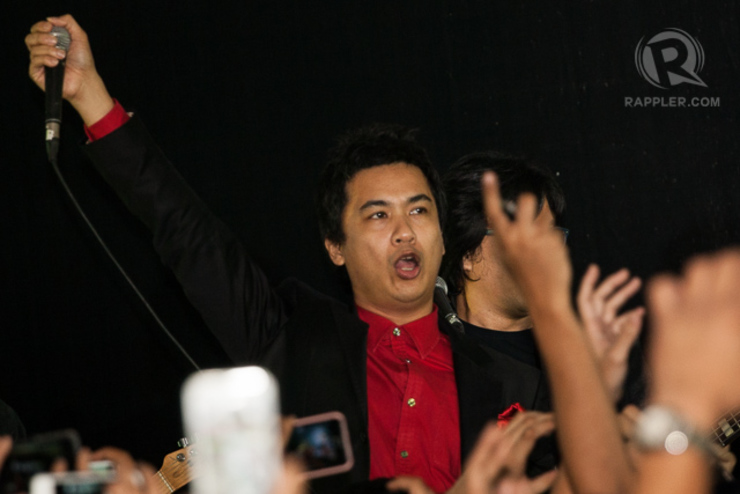 The result is a two-track CD that comes with the September issue of Esquire. The magazine’s sale price is a bit steeper this month (P400), but you really can’t put a price tag on something that countless fans have been dreaming about since Carbon Stereoxide, the band’s last full studio album of original material, came out in 2001.

“There was no plan,” says Romulo, who co-wrote the two new tracks with the band. “We just had an idea and we all ran away with it. We dreamed it up. It was just a collaboration with a bunch of creative people. I was just there. 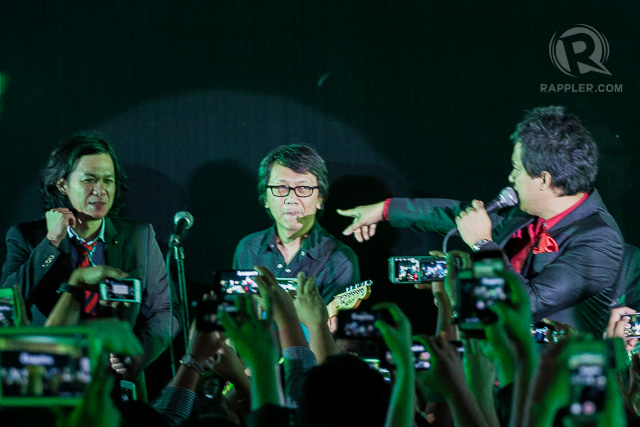 Back in the habit

The first song is called “Sabado,” a pop ditty about the joys of the weekend co-written by Buddy, Marcus, Raymund and Romulo. It has all the trademarks of a classic Eheads song – breezy, weekend-drive-in-the-country melody, relatable and unpretentious lyrics, and a delicious, roll-off-the-tongue chorus and hook.

“1995” meanwhile is a Lemonheads-esque throwback to the band’s dalliances with punk. It’s a bit grittier than the sunshine pop of “Sabado,” and, unsurprisingly, sprung from the head of Ely along with Romulo.

Both songs are time machines that transport longtime Eheads fans to the halcyon days of hanging out with the barkada at the neighborhood store and engaging in conversation revolving around school crushes and allowance issues.

The band may have collectively aged in years, but their prowess in somehow reflecting the concerns of the young and young-at-heart remains undiminished.

“I remember Ely and I were going to hang out afterwards…girls were literally throwing themselves at him and on his car, so we ended up taking my car.”

The launch resembled a Friday night at Saguijo or Route 196 transported to the ballroom of a swanky 5-star hotel.

It became an opportunity for people to come together to celebrate the music of the Eraserheads, whose music cut across social and cultural boundaries.

Celebrities and media personalities even shared their most unforgettable Eheads memories. “Listening to ‘Pare Ko’ when I was in grade school,” said TV news reporter Atom Araullo. “I was about 12 years old and it was the first song I ever heard with a cuss word. It thrilled me because it felt like I was doing something wrong whenever I listened to it.”

“It was last year, during a rehearsal for the band’s show in Singapore,” said actor and band frontman Kean Cipriano. “I was there just watching them when suddenly, right before they sang “Minsan,” Ely suddenly said, ‘O, si Kean pakantahin natin nito (Let’s have Kean sing this one). It was surreal. I know it was only a rehearsal, but I was blown away by the fact that I got to sing with my idols live.”

For Medwyn Marfil, vocalist of the band True Faith, it was during the Cutterpillow album launch in UP’s Sunken Garden. “It was the height of the popularity of the Eheads then,” he said. “It was really like Beatlemania, there were so many people and they all wanted a piece of the Eheads.

I remember Ely and I were going to hang out afterwards, but we couldn’t leave because of all the people. Finally the band was able to sneak out through a back entrance, but Ely couldn’t make it to his car because girls were literally throwing themselves at him and on his car, so we ended up taking my car. It was really like a zombie apocalypse.”

After the band’s performance, I asked Erwin what happens next in the always intriguing lives of the Fab Four. “This is a one-off. After this they can go on their separate ways again. This band is so special that they can do whatever they want. There’s never been anyone like them. And there probably never will. They’re the greatest rock and roll band we’ve ever had.” – Rappler.com