I’ve been told that Michael Bublé’s concerts are very entertaining. A friend told me that he’s friends with Josh Groban and have a similar sharp sense of humor. He didn’t disappoint.

The MoA Arena was most definitely packed, and when Michael emerged onstage, the show kicked off and sustained a fun vibe that didn’t dip, all the way to the end. I was pleasantly surprised to see whole families at his January 31 Manila concert – he appeals to fans of all ages. There were also a few celebrity sightings (I saw Martin Nievera, and Dr. Belo and Hayden Kho on the live feed screens).

Here’s an Instavideo of Michael mentioning one of our own chart-topping singers – Sarah Geronimo.

Naturally 7, an a capella act, opened for and supported Bublé for a substantial part of his set.

Michael was an incredibly entertaining performer – his mid-spiels were almost stand-up comedy acts in themselves. The audience responded so well to his energy and humor, and he did great connecting with the fans.

At one point, he invited a fan to the stage pit when her placard caught his eye; it says, “I skipped midterms just for Bublé.” He even cheekily introduced some gimmicky covers he did, aside from the hits that defined the crooner’s career. For instance, he convinced us that a next song would be emotionally burdening for him, saying that his grandparents danced to the song at this wedding – before segueing to a cover of “Everybody (Backstreet’s Back)” by the Backstreet Boys.

He also covered Daft Punk’s 2013 hit, “Get Lucky” before transferring to the B-stage, a smaller stage at the back of the tech booth fronting the southern patron seats.

This paved the way for a more intimate encounter with the audience. One that caught my eye was with a lady cancer patient, who was holding a sign saying she had chemo. Michael then gamely obliged to take a selfie with the lady.

Here are more photos from the smooth-sailing show, which crackled with energy from his signature wit – a great complement to his famous vocal talents. 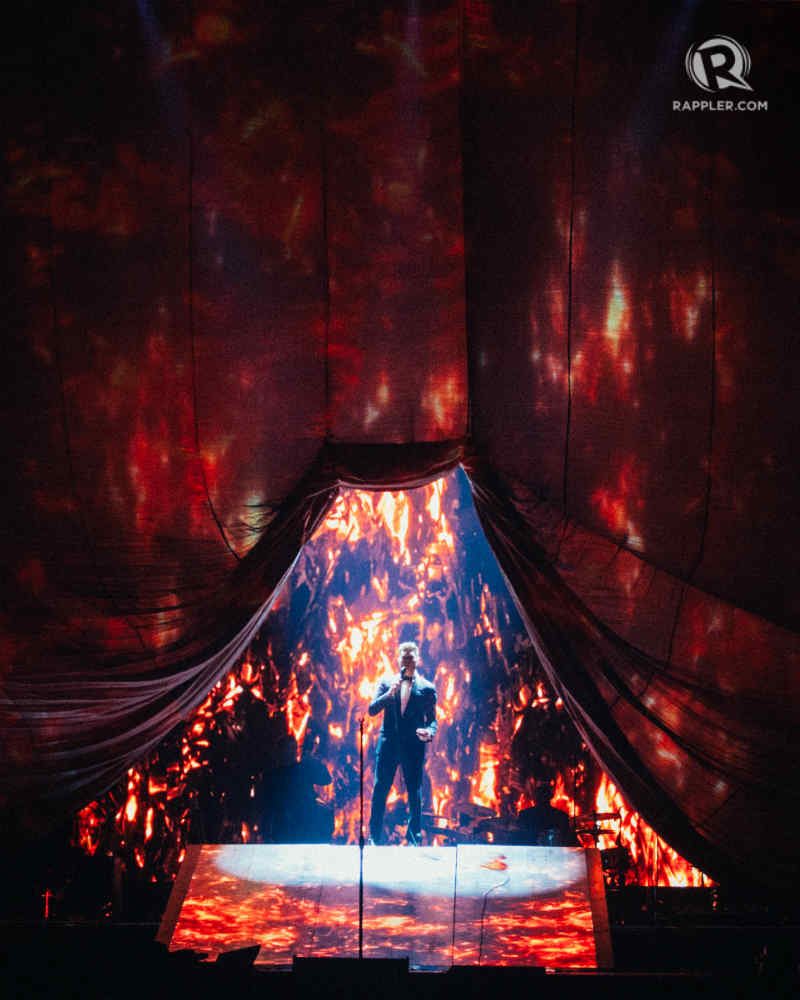 Paolo Abad is a film/television editor and motion graphic designer. He is also a self-confessed concert junkie – a perennial attendee at gigs of indie acts.