Maroon 5 coming to Manila for 2015 concert

Feb 16, 2015 11:18 AM PHT
Rappler.com
Facebook Twitter Copy URL
Copied
We're at the payphone trying to call home, all of the change we'll spend for tickets to Maroon 5 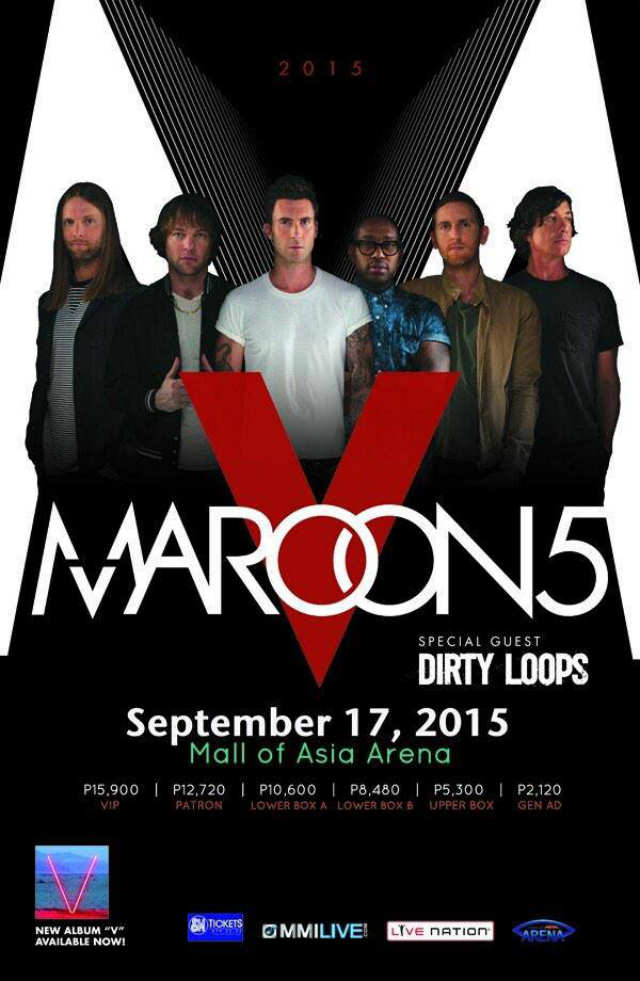 MANILA, Philippines – Maroon 5 is coming back to Manila this September.

The group will hold their concert at the Mall of Asia Arena on September 17 as part of The Maroon 5 World Tour 2015, promoting their fifth studio album V.

Maroon 5’s special guest for the concert is the Swedish trio Dirty Loops. Formed in 2008, the group became famous for their cover of Lady Gaga’s “Just Dance” which went viral. The group released their album Loopified  last 2014 under Universal Records which carries the single “Hit Me.”

The Maroon 5 concert will be brought to the country by Music Management International (MMI Live) and Live Nation. Tickets go on sale March 6 at all SM ticket outlets and smtickets.com – Rappler.com