On Sunday, February 20, Lavigne retweeted Huening Kai’s post of the cover and wrote, “Amazing cover! 🧡”  The cover, which was uploaded on Saturday, February 19, has amassed more than 800,000 views as of writing. 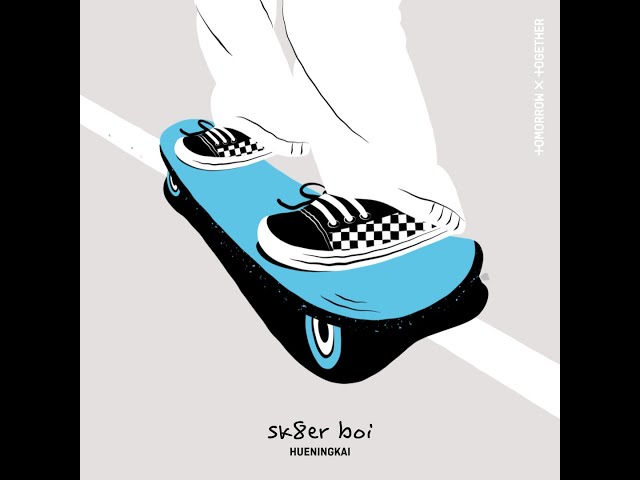 This isn’t the first time Lavigne and Huening Kai have interacted. On February 18, Lavigne responded to one of Huening Kai’s tweets that featured a behind-the-scenes selfie of him from TXT’s shoot for the The Chaos Chapter: FIGHT OR ESCAPE album that included a skater concept.

Referencing Lavigne’s 2002 hit, the K-pop idol tweeted, “He was a [skateboard emoji],” which Lavigne caught wind of. She then retweeted the photo and added three rock-on emojis. Later on, Huening Kai replied by saying, “Hope you like my cover!! You are an icon 😈✨”

Though nobody knows about the future plans of the musicians, fans couldn’t help but gush at the interaction and started asking for the musicians to collaborate with one another.

Lavigne, who is also known for her hits “Complicated,” “Girlfriend,” and “What the Hell” is set to release her album Love Sux on Friday, February 25.

Huening Kai made his debut with the group TXT (TOMORROW X TOGETHER) in March 2019. The five-member boy group is known for their songs “LOSER=LOVER,” “Anti-Romantic,” and “Blue Hour.” – with reports from Samantha Onglatco/Rappler.com

Samantha Onglatco is a Rappler intern under Life & Style and Entertainment section.