ROUND 2. Ben&Ben and SB19 collaborate on a new song. 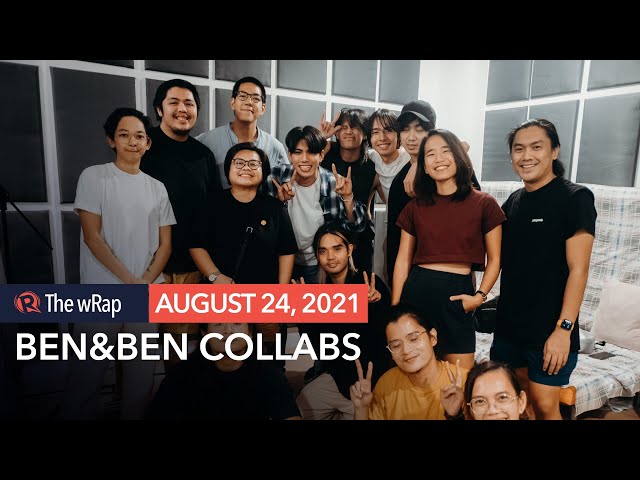 Ben&Ben is reuniting with SB19 for another collaboration.

The song featuring SB19 will be the sixth and final collaboration of Ben&Ben for their upcoming sophomore album Pebble House Vol.1 Kuwaderno.

Ben&Ben earlier released two of their collaborations from the album – “Pasalubong” with Moira dela Torre, and “Sugat” with Munimuni.

In a series of tweets, Ben&Ben also opened up about their experience of working with other Filipino artists. “Aside from being blown away by the insane talent that they all have, grabe rin ‘yung mga kwentuhan at bonding na naganap (we exchanged stories and bonded.)

Pebble House Vol.1 Kuwaderno will be released on August 29.  – Rappler.com