WATCH: Billie Eilish releases trailer for concert film ‘Happier than Ever: A Love Letter to LA’ BILLIE EILISH. The singer stars in an upcoming concert film based off her album 'Happier Than Ever.'

Billie Eilish is set to take fans on a journey through her beloved hometown, Los Angeles, while performing songs from her new album in an upcoming concert film, Happier than Ever: A Love Letter to LA, set to premiere on Disney+ on September 3.

The film features the Grammy Award winner performing each song from her album Happier Than Ever in sequence for the first time, from the stage of the legendary Hollywood Bowl amphitheater.

Along with the performances, the film also features animated sequences following Billie through Los Angeles’ most iconic haunts. 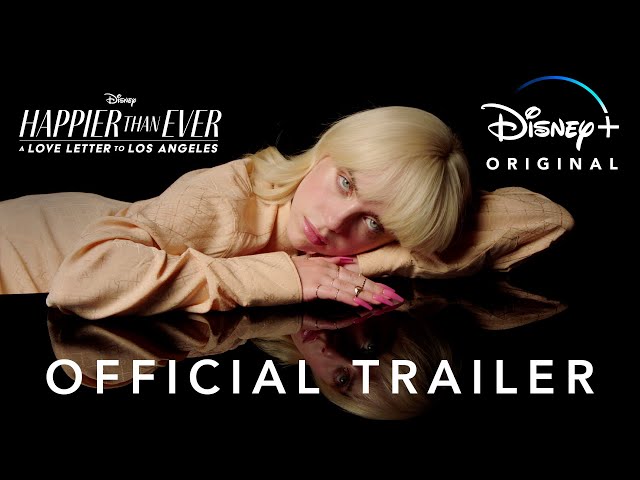 It was produced by Interscope Films and Darkroom Productions, along with Nexus Studios and Aron Levine Productions, with Kerry Asmussen as the Live Concert Director and Pablo Berron as Director of Photography.

Happier Than Ever was released on July 30, and is Billie’s second studio album. Her breakout album, When We All Fall Asleep, Where Do We Go? debuted at No. 1 on the Billboard 200 in the US and 17 other countries around the world upon its release in 2019.

She later went on to make history that year as the youngest artist to receive nominations and wins in all the major categories at the Grammy Awards in 2020.

She recently took home both Record of the Year for “everything i wanted,” and Best Song Written For Visual Media for “No Time To Die” at the Grammy Awards in 2021.

Disney+, Disney’s video-on-demand platform, has yet to launch in the Philippines. – Rappler.com