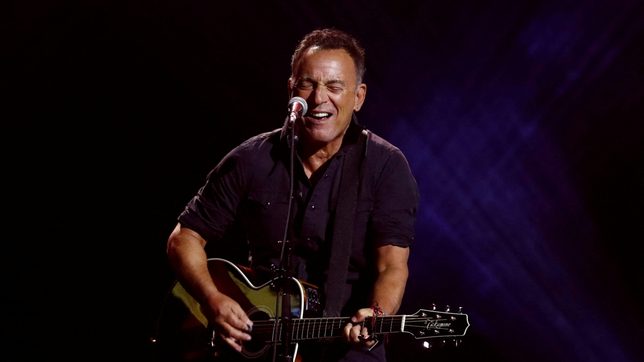 LOS ANGELES, USA – Multiple Grammy winner Bruce Springsteen has sold his entire catalog to Sony Music in a deal that Billboard said was worth about $500 million.

Sony Music and the “Born to Run” musician announced the deal on Thursday, December 16, saying it covers the recorded music and music publishing rights to all of Springsteen’s songs.

Sony and the New Jersey rocker gave no value for the deal but Billboard said it was worth about $500 million – more than the reported $300 million Bob Dylan earned in a similar deal last year with Universal Music Group.

The sale gives Sony ownership of Springsteen songs that have become rock classics, including “Dancing in the Dark,” “Glory Days,” “Born in the USA”, and “Thunder Road.”

It is the latest in a string of catalog deals that have seen older musicians including Paul Simon, Stevie Nicks, and Neil Young reap the benefits of their catalogs towards the end of their careers.

Sony has a 50 year relationship with Springsteen, now 72, through its Columbia record label.

“I am one artist who can truly say that when I signed with Columbia Records in 1972, I came to the right place,” the musician said in a statement.

“I’m thrilled that my legacy will continue to be cared for by the company and people I know and trust,” he added.

Springsteen, who has 20 Grammy Awards, is one of the most respected and decorated musicians in the United States. Many of his early songs reflect the struggles of working class life, mixing social and political themes with poetic lyrics.

He won a Tony Award for his sold out one man Broadway show Springsteen on Broadway and an Oscar for his song “Streets of Philadelphia” from the 1993 movie Philadelphia. – Rappler.com