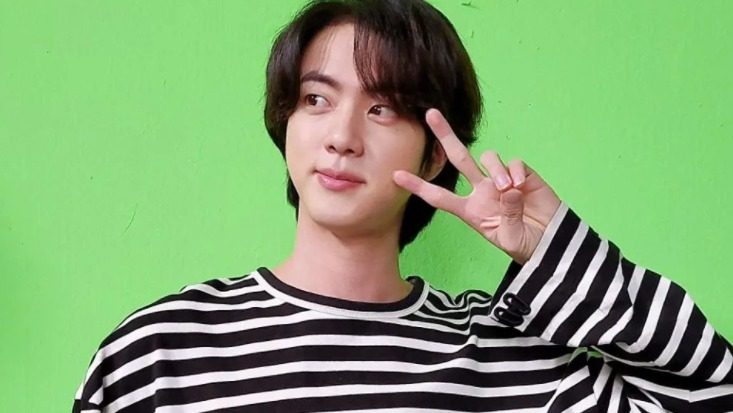 RECOVERY. Jin of BTS is resting after undergoing finger surgery.

Facebook Twitter Copy URL
Copied
'Jin will focus on rest and treatment to fully recover from the injury and to resume his activities in good health,' says BTS' agency

BTS’ agency, Big Hit Entertainment, shared Jin’s health status in a statement on Saturday, March 19, saying that he visited the hospital’s emergency room for treatment right after his damaged tendon injury. The doctors he consulted said that that he must undergo surgery for his finger right away, as the “tendons in the left index finger had been partially damaged” and the extensor in the same finger had to be repaired.

Jin was discharged on Saturday morning after the successful finger surgery and is recovering well. However, Big Hit Entertainment said that the singer will be” temporarily be resting in order to focus on making a full recovery,” and that he will be wearing a cast on his finger for the time being for “stabilization and a speedy recovery.”

“Jin will focus on rest and treatment to fully recover from the injury and to resume his activities in good health. We will continue to provide support for the rapid recovery of Jin, placing our highest priority on the health and safety of our artists,” Big Hit added.

Jin tested positive for COVID-19 on December 25, 2021, at the same time with BTS leader RM. The BTS boys – RM, Jin, SUGA, j-Hope, Jimin, V, and Jungkook – are gearing up for their four-day Las Vegas residency at the MGM Grand Arena from April 8 to 16. – Rappler.com