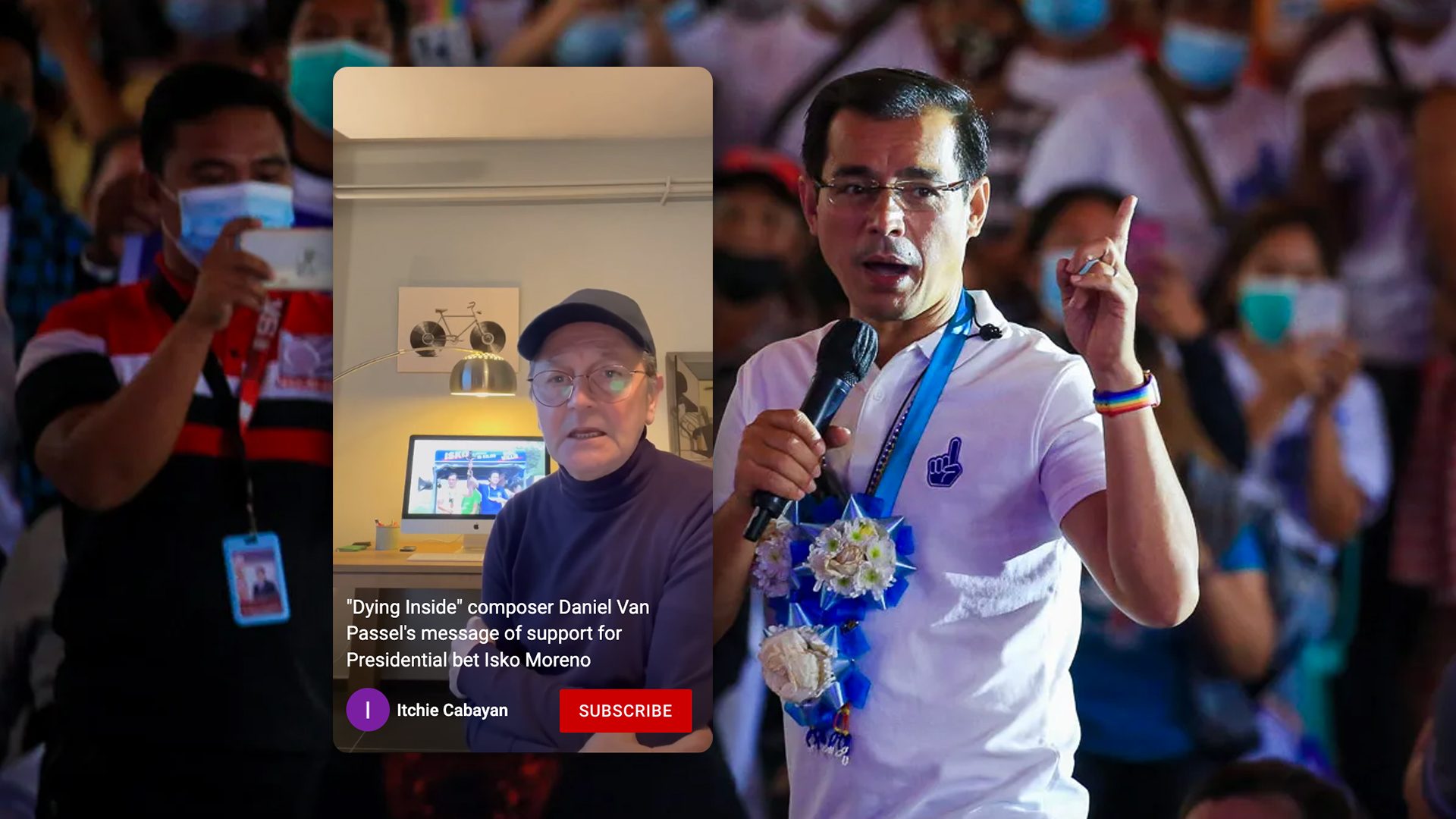 Facebook Twitter Copy URL
Copied
'Yes, we believe you are the only one who can be president of all the people,' composer Van Passel says in a video

MANILA, Philippines – Daniel Van Passel, one of the composers of Timmy Thomas’ hit “Dying Inside to Hold You,” has shared a video voicing his support for Manila Mayor Isko Moreno’s bid for the presidency.

Moreno, who first gained fame as an actor in the ’90s, is known for dancing to this quintessential ’90s song in his campaign sorties.

Van Passel’s video, originally uploaded as a YouTube Short by acquaintance Itchie Cabayan on March 6, shows him sharing a quick statement with viewers.

“We are proud and very honored that our composition ‘Dying Inside to Hold You’ is your signature tune. We support you 100% and we encourage all fans and all voters to vote for you, because yes, we believe you are the only one who can be president of all the people.”

Van Passel also shared in the video that he had whipped up a special gift for Moreno.

“We made a special version of ‘Dying Inside to Hold You’ especially for you, for the presidential campaign. Good luck and God bless,” Van Passel said.

Below is the said campaign version: 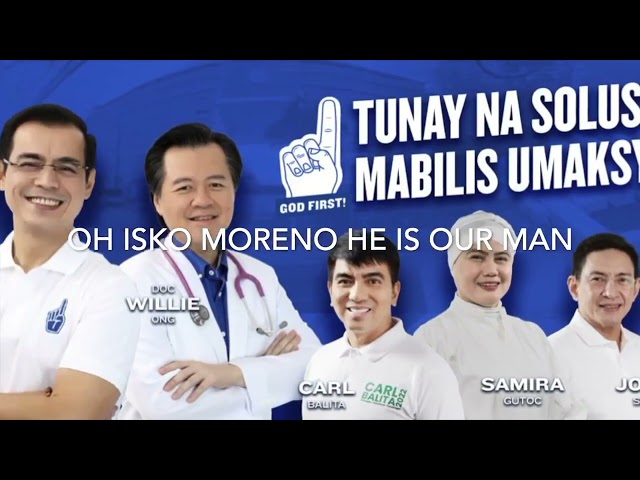 In a text interview with Rappler, Van Passel admitted that they had known of Moreno’s penchant for the song for several years already.

Since then, Van Passel said he had come to learn more about the government official over time, and had grown to admire him.

“Before that I didn’t know Mr. Moreno. But with the information that was available about him, I started reading about his past and how he – coming from a poor neighborhood – has worked his way up, serving the people and especially the less fortunate,” Van Passel went on. “That’s why I give my 100% support to Mr. Moreno, because I think he can be the president of ‘all the Philippines’ – the right man in the right place!”

Released in 1990, “Dying Inside to Hold You” was performed by Timmy Thomas, and written by Daniel Van Passel, Gyle Waddy, Hans Weekhout, and Eddy Van Passel. – with reports by Pia Ranada/Rappler.com