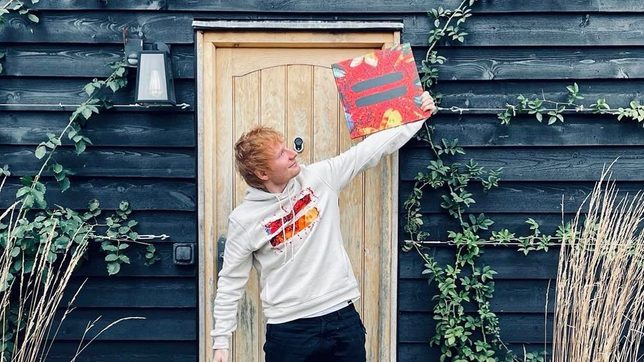 “This is my favorite album I’ve made, I’m so proud of it. Thank you to all the wonderful people who worked on it with me. To the fans, I hope you love it as much as I do, it’s been a long journey to this point,” Sheeran said in a tweet.

The album begins with the track “Tides,” with Sheeran declaring in the opening line, “I have grown up, I am a father now. Everything has changed, but I am still the same somehow.”

Sheeran has previously mentioned how the newest album is a reflection and culmination of his experiences in his personal life – he got married to Cherry Seaborn in December 2018, took a hiatus from the music industry in August 2019, and welcomed his daughter Lyra Antarctica Seaborn Sheeran in September 2020.

“I started writing and recording this album in June 2017. It’s been a long, long process. I’ve been through love, loss, new life, grief, and everything in between during the whole period of writing it, and I feel like it’s really a coming of age record,” he said during the album announcement.

In true Sheeran fashion, the pop-ballad songs in = are full of sentimentality.

He sings about fatherhood in “Sandman,” and “Leave Your Life,” opens up about his career in “Tides,” mourns the loss of a friend in “Visiting Hours,” and confesses his love for his wife in tracks “The Joker And The Queen,” “First Times,” and “2Step.”