Ed Sheeran sings, says he wants to clear his name at copyright trial 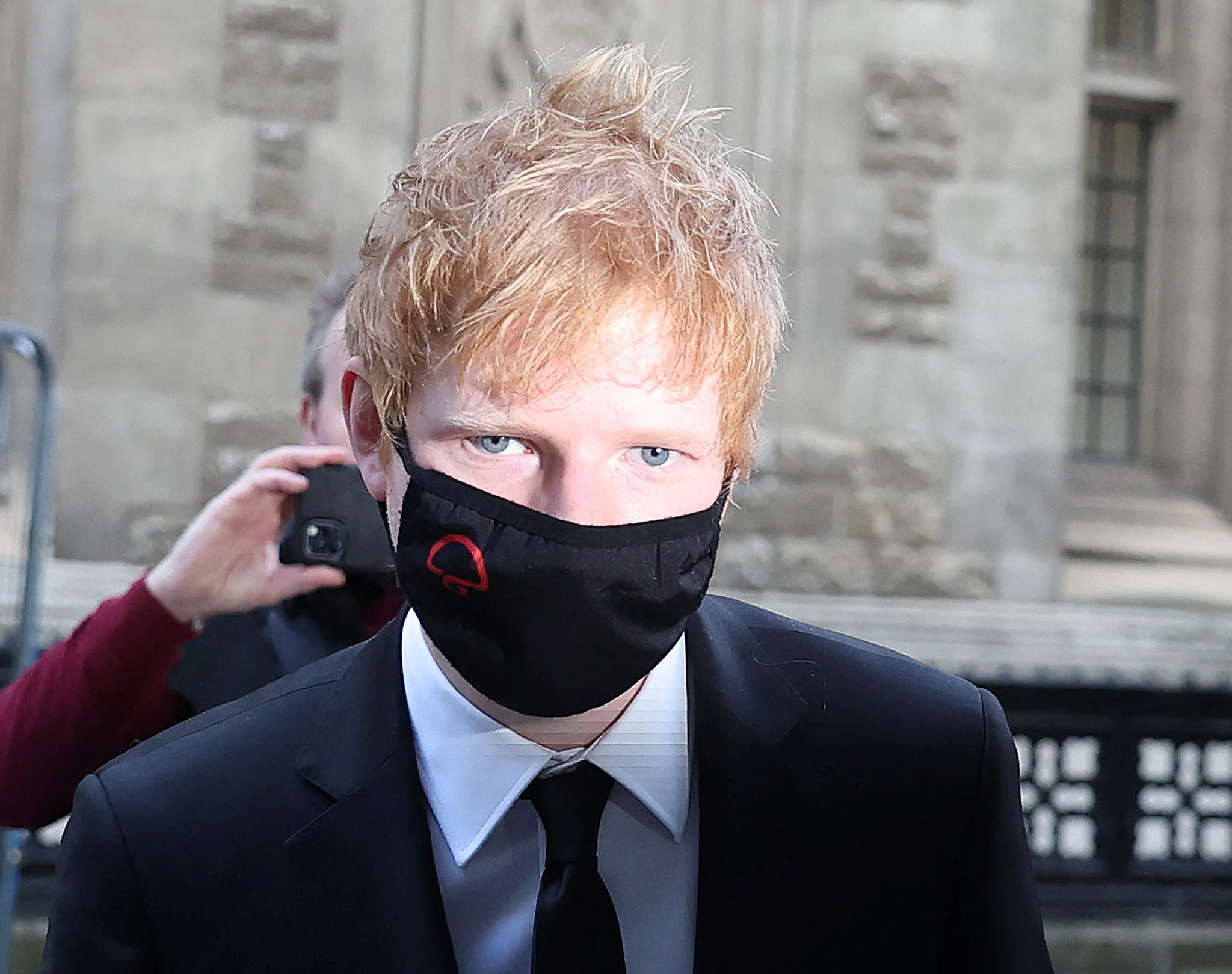 Musician Ed Sheeran arrives at the Rolls Building for a copyright trial over his song 'Shape Of You', in London, Britain, March 7, 2022.

LONDON, United Kingdom –  British chart-toppper Ed Sheeran sang part of his 2017 mega hit “Shape Of You” in court on Tuesday, March 8, in a copyright trial over the song, and said melodies can sound similar without being copied.

The chart-topper is in a legal battle with grime artist Sami Chokri, who performs as Sami Switch, and music producer Ross O’Donoghue, who argue “Shape of You” infringes “particular lines and phrases” from their 2015 song “Oh Why”.

On his second day of questioning by Chokri and O’Donoghue’s lawyer Andrew Sutcliffe, Sheeran sang the “Oh I” hook and lines from songs including Nina Simone’s “Feeling Good” in the same key to show how melodies can sound alike.

Chokri and O’Donoghue say the “Oh I” hook in “Shape Of You” is “strikingly similar” to the “Oh Why” hook in their song and that it was “extremely likely” Sheeran had previously heard their track. Sheeran and his co-writers have denied this.

Asked about the similarities between the “Oh Why” and “Oh I” hooks, Sheeran repeatedly told the High Court in London: “They’re both pentatonic scales and they both use vowels.”

Sutcliffe questioned him extensively over the writing of the song in October 2016 with co-authors Steven McCutcheon and John McDaid, and changes made as it was developed.

The court was played recordings of Sheeran singing the hook in different pitches, called stacking.

“It sounds like you were singing ‘Oh Why’,” Sutcliffe told Sheeran, who replied: “I was singing ‘Oh I’.”

Sheeran said an early “Shape of You” version had “Heya” as a hook but that was changed after sounding similar to a line in “No Diggity” by Blackstreet.

He was also questioned about originally wanting to reference a melody from TLC’s “No Scrubs”. In his witness statement, Sheeran said an attempt to clear this was made but eventually the relevant part of his song was changed. The “No Scrubs” writers were later given a credit on “Shape of You”.

Legal proceedings between the two parties date back to 2018 when Sheeran, McCutcheon and McDaid asked the High Court to declare they had not infringed Chokri and O’Donoghue’s copyright for “Oh Why”. Chokri and O’Donogue later filed a counterclaim alleging infringement.

Sheeran denied this, adding: “Me, Johnny and Steve are here to clear our name”.

He said he had “disappeared for the entire year” in 2016 and was not actively following the UK music scene.

“You’re an excessive music squirrel. You consume music voraciously,” Sutcliffe told Sheeran. “I am a music fan, I like music, I listen to music,” Sheeran replied.

On Monday, March 7, Sheeran said he had not been aware of Switch at the time he is accused of ripping off parts of “Oh Why”, and had never heard the song before the court case.

Sheeran became briefly irked when a piece of his unreleased music was played. The court was told that the wrong folder on McCutcheon’s laptop had been accidentally opened. – Rappler.com