Russia banned from Eurovision song contest over invasion of Ukraine COPENHAGEN, Denmark – Russia will not be allowed to participate in the final of this year’s Eurovision song contest, the organizer said on Friday, February 25, after Ukraine and several other European public broadcasters had called for Russia to be expelled.

“The decision reflects concern that, in the light of the unprecedented crisis in Ukraine, the inclusion of a Russian entry in this year’s contest would bring the competition into disrepute,” the European Broadcasting Union (EBU) said in a statement.

Finland said on Friday it would not send contestants to the final if Russia was allowed to participate. Public broadcasters in Ukraine, Sweden, Denmark, the Netherlands, Lithuania, and Norway had all urged the EBU to expel Russia.

Russian military forces on Thursday, February 24 began an invasion of neighboring Ukraine, prompting the imposition of economic sanctions by Western powers, as well as the withdrawal of major international sporting events from Russia. 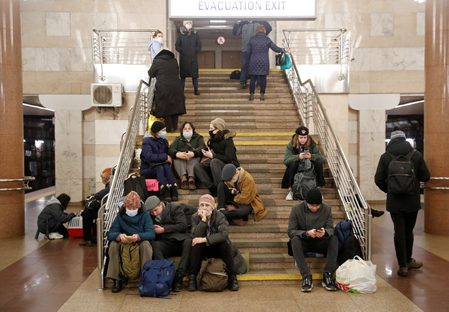 The Eurovision final, one of the world’s largest televised events, takes place in Turin, Italy, on May 14.

Russia, which had yet to put forward a contestant this year, has participated 23 times since its first appearance in 1994 and won the contest in 2008.

The chairman of Ukraine’s public broadcasting company Suspilne, Mykola Chernotytsky, wrote to the EBU saying that “Russia’s participation, as an aggressor and violator of international law, in this year’s Eurovision undermines the very idea of the competition”.

He said Russia’s state broadcaster was a “leading element of the Russian government’s information war against Ukraine”.

Russia was one of the favorites for the competition in 2016, when Crimean Tatar Susana Jamaladinova of Ukraine, known as Jamala, unexpectedly won with a song about Soviet leader Joseph Stalin’s deportation of hundreds of thousands of people from her Black Sea homeland, two years after Russia annexed the territory.

The following year, as host of the finals, Ukraine barred Russia’s entry from entering. – Rappler.com