Facebook Twitter Copy URL
Copied
If you want to experience the thrill of crate digging, physical or virtual, we’ve also listed some of our favorite record stores in Metro Manila

If you still haven’t found a Christmas gift for your vinyl-loving friend or family member, we’ve listed down some recent releases for you to consider. But if you want to experience the thrill of crate digging, physical or virtual, we’ve also listed some of our favorite record stores in Metro Manila. A warning, though. You might need a bigger stocking or a bigger cart.

For the solid OPM fan

Released on vinyl after the death of Danny Javier, this second compilation of the OPM trio’s greatest hits is a soundtrack to three generations’ worth of endearing and enduring Filipino pop music. It’s a gem of a collection, and songs like “Tuyo Na Ang Damdamin” remind us why Javier’s mellow, soulful baritone gave comfort and joy through the decades. (Available at Backspacer Records, Bebop Records, Northwest Estate and Collectibles, Stereofiles Audio)

What pandemic? Ebe Dancel has so far released two full albums and an EP since 2020. Balik Tanaw is Dancel revisiting and reimagining the songs he wrote during his residency with Sugarfree, a much needed balm for anxious souls at the height of the pandemic lockdowns. He followed this up with the vinyl release of his 2016 album Bawat Daan from Star Records, featuring duets with Regine Velasquez, KZ Tandingan, Yeng Constantino, and rapper Gloc-9. And in October, Dancel gifted us with a limited edition 10-inch silver-colored EP of wedding songs titled Habangbuhay, produced by Rico Blanco, on the indie label Backspacer Records. (Available at Backspacer Records, Stereofiles Audio)

It’s been called a “lost album,” a sought-after record for fans of Wolfgang and Razorback. Brain Salad’s self-titled 2001 album features members of these two rock bands trading their signature hard rock stompers for stripped down jams. The album features a revolving door of guest artists jamming with Basti Artadi, Brian Velasco, Louie Talan, and David Aguirre. Following the untimely death of Velasco, “Brain Salad” has been remastered and released as a limited edition double LP on indie label Backspacer Records, a tribute to the much-loved drummer of Razorback. (Available at Backspacer Records, Stereofiles Audio)

Taylor Swift’s Midnights is a five-star pop masterpiece, but you don’t need snooty boomer writers to validate her pop artistry. Midnights on vinyl comes in several variant versions, each with its own album art and record color. These babies are disappearing fast so you better get those copies now. Want to make your Swiftie jump for joy? Grab all the variants. They form the full face of a clock when all the back covers are put together. (Available at Northwest Estate and Collectibles, Plaka Express)

For the Netflix geek

Season 4 of Stranger Things is credited for putting art-rock diva Kate Bush back on the charts with the masterful use of her hit ’80s song “Running Up That Hill.” The 16-track album is chockfull with songs from the decade, plus some swingers from the ’50s, ’60s, and ’70s such as “California Dreaming” and “Dream A Little Dream Of Me.” (Available at Backspacer Records, Plaka Express)

Remember mixtapes, or know someone who used to do them? Bet you a non-functioning Walkman there’s a hit song in there from a John Hughes movie. Hughes was big in the ’80s, helming teen rom-coms and goofy comedies. Let’s see: Breakfast Club, Pretty in Pink, Some Kind of Wonderful, 16 Candles, Weird Science, Ferris Bueller’s Day Off, Planes, Trains, and Automobiles, and a lot more.

The songs from these movies have been curated into a limited edition six-LP box set (73 tracks), and a double LP (25 tracks). Includes The Psychedelic Furs’ “Pretty in Pink,” Simple Minds’ “Don’t You Forget About Me,” and other ’80s songs that induce instant flashbacks to iconic movie scenes. That’s one awesome mixtape. (Available at Backspacer Records)

Can’t Buy A Thrill, Steely Dan’s 1972 debut album, introduced the duo’s sophisticated amalgam of sardonic, cryptic lyrics and wide range of musical styles. This classic album gets a long overdue clean up, care of master audio engineer Bernie Grundman. There’s a standard 180g LP version and a super deluxe 45rpm 200g LP that’s been described as “ultra-audiophile.” The heads and ears of critics and fans have been reelin’ since its release. (Available at Backspacer Records, Plaka Express)

Sting will be in town next year for a two-night gig at Solaire. What to do before then? Get this album. Before becoming a successful solo artist, Sting was the vocalist and bassist of The Police, one of the biggest bands to emerge from the post-punk era of the late ’70s. The Police effortlessly made the transition from punk to pop superstardom with their unique blend of rock, reggae, and ska mixed with Sting’s distinct voice and erudite songwriting. Greatest Hits, first released in 1992, has been remastered and cut at half-speed at Abbey Road Studios, resulting in greater depth and clarity. All their hits are here, from “Roxanne” to “Every Breath You Take.” (Available at Northwest Estate and Collectibles, Stereofiles Audio)

Love going to concerts? Here are essentials to gift to yourself and your stan friends 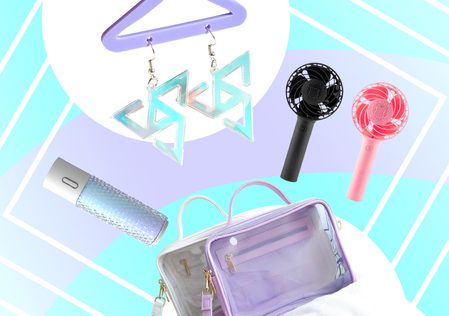 For the hippie lolo or tito

To mark the 50th anniversary of Harvest, Neil Young has released a 50th Anniversary Edition vinyl box set of this folk-rock classic. It’s a hefty one: a remastered album, a 7” vinyl of studio outtakes, and Young’s 1971 BBC acoustic concert – previously available in snippets on YouTube – on both vinyl and DVD.  Also included on DVD is the documentary Harvest Time, a hardbound book, and poster. “Heart of Gold,” the album’s carrier single, gave Young his first certified hit and turned him into a superstar overnight. But it showed glimpses of the unpredictable musical direction Young would take in the following years. (Available at Backspacer Records)

For the Beatles fan

Giles Martin, the son of the legendary Beatles producer George Martin, decided to approach this reissue project the hard way, breaking each song apart and putting them back together again, with a spit and polish care of the AI technology used by Peter Jackson on the Let It Be documentary. The result is greater clarity, revealing hidden sonic details for the first time. Add a few bucks for the four-LP/one EP Super Deluxe Edition vinyl box and you get the stereo remix – or “demix” – the original mono, two records’ worth of outtakes (simply gorgeous), and a bonus 45rpm EP featuring a stereo remix of “Paperback Writer” and “Rain,” with mono mixes as flipsides. The box comes with a handsomely packaged hardbound book. (Available at Backspacer Records, Stereofiles Audio, Plaka Express)

For those gifted with discriminating ears or million-peso audio systems, you might want to up things a bit with this copy of Sing and Dance with Frank Sinatra, an outstanding mono reissue of the 1950 album from Ol’ Blue Eyes. The album contains eight tracks of Sinatra’s finger-snapping takes on “It’s Only a Paper Moon,” “My Blue Heaven,” “You Do Something To Me,” and “When You’re Smiling” – with bonus and alternate takes. That youthful voice – still unspoiled by vanity and vice –  is the centerpiece. (Available at Stereofiles Audio)

Alan Parsons cut his teeth as a sound engineer at Abbey Road Studios, working on sessions for The Beatles and other iconic bands of the ’60s and ’70s before employing his studio chops on the records of the band that bears his name. Eye In The Sky is his most well-known album, and a Grammy award winner. The lush sonics on this 1982 record can stand the test of time but that hasn’t stopped Mobile Fidelity from remastering the album and releasing it as a single LP and a double LP 45 RPM. Warning: hearing “Eye in the Sky,” “Psychobabble,” “Old and Wise,” and of course, the opening track “Sirius” on these remasters can give serious goosebumps. (Available at Stereofiles Audio)

For the jazz lover

A must-have record for the jazz aficionado, Affinity by guitarist, composer, and band leader Johnny Alegre was first released 17 years ago on Candid Records. Now available for the first time on vinyl, the album is a richly textured masterpiece, handsomely packaged, and a gift from the sonic gods. The vinyl release is limited to only 200 copies, all signed by Alegre. (Available at Backspacer Records)

For the blues man

Lampano Alley
Songs from the Alley

Binky Lampano remains one of the finest voices in the local rock and blues scene. He was vocalist for new wave group Dean’s December and flirted with a brief solo career, before fronting the blues and roots bands Newly Industrialized Combo and later Lampano Alley. Lampano Alley’s Songs from the Alley, first released in 2003, is finally out on vinyl, and the album benefits immensely from a remastering. This is blues by way of Pasay City’s “looban.” The cover art from renowned artist Elmer Borlongan is a much appreciated bonus. (Available at Grey Market Records)

Joey Salgado is a former journalist. He is a government and political communications consultant. This article was first published in ourbrew.ph.