WATCH: GOT7 gets a fresh start in ‘NANANA’ music video MANILA, Philippines – True to their promise, GOT7 held their highly-anticipated reunion on Monday, May 23, with the release of their self-titled album GOT7, which carries the title track “NANANA.” 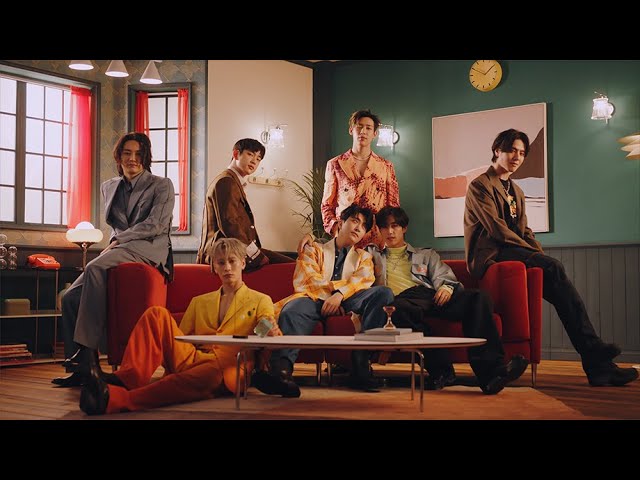 “When we were shining the most onstage, the music we were making were songs written by JAY B, so we thought that if we returned with music like that, we would be able to show that this is GOT7’s color,” member Jinyoung said in a press conference, as quoted by Soompi.

GOT7 serves as the group’s first release following their February 2021 single “Encore,” which came after all seven members left their original label, JYP Entertainment, in January.

Despite now belonging to different agencies and having pursued solo careers, each member was determined to return as a full group. “We released this album because we wanted to protect the team and prove that GOT7 was not disbanding. We were able to keep our promise to fans,” BamBam said.

Described as the most GOT7 album yet, the six-track album is packed with songs penned and produced by the members.

“The concept of this album is building a house. As it’s GOT7’s new start, we’re building a new home, and [in] this very house, we will mark a new start and continue from here on,” BamBam said, as quoted by Korea Herald.

Jinyoung added, “As the title suggests, it best fits GOT7. I thought this would best suit our image, so we were confident. I think it can best show GOT7’s musical color by returning with songs that we did in our heyday.”

Composed of Mark, JAY B, Jackson, Jinyoung, Youngjae, BamBam, and Yugyeom, GOT7 debuted in January 2014 and ended their seven-year stint under JYP Entertainment with the November 2020 album Breath of Love: Last Piece. The group is known for hits “Hard Carry,” “Just Right,” “NOT BY THE MOON,” and “You calling my name.” – Rappler.com