In the video, we see Heaven downing wine (blood?), dancing with a headless figure, and living in darkness, hiding from the light. In the end though, she finds the courage to charge out into broad daylight – and finds that she doesn’t go up in flames. 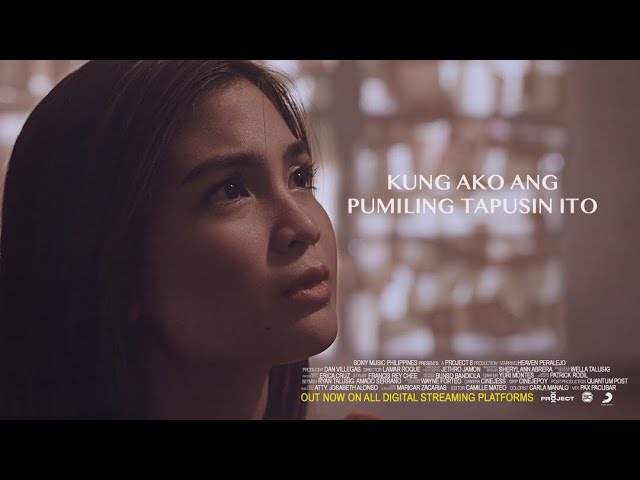 The video is meant to be an allegory based on the song’s lyrics about walking away from a toxic relationship.

“Walking away, cutting clean is theoretically easy but usually isn’t. Whether it’s comfort and familiarity, an inability to be alone or whatnot, most people who leave find themselves circling back which isn’t something people tend to focus on since we usually think of the ones left behind,” Yael said.

He shared that the video took almost a year to complete because of lockdowns and delays.

“Direk Lamar and his team did a great job capturing the gravitas while adhering to all safety measures during the shoot. It was a long logistical juggling act that must have added to the weight of the end product. We’re mighty proud of the visual masterpiece,” he said.

“Kung Ako Ang Pumiling Tapusin Ito” is out now on streaming platforms. It is set to be part of the band’s upcoming full-length album, due out in 2022. – Rappler.com