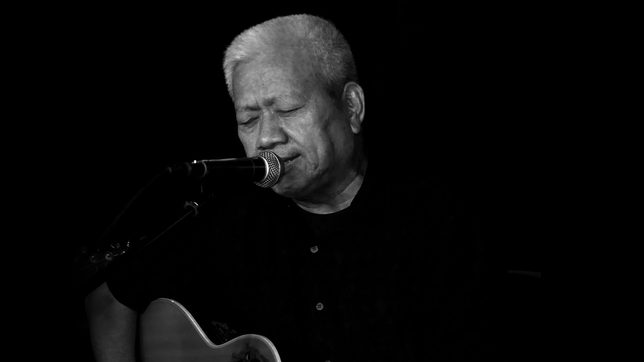 “Nawalan daw ng pulso (He lost his pulse),” Jesse explained in an interview on DzBB Super Radyo, adding that his brother had been suffering from a prostate illness for over a year.

Heber’s most beloved work is arguably 1978’s “Tayo’y Mga Pinoy,” a protest song about one’s love of country and the denouncing of Western influences. It was originally performed by Banyuhay, Heber’s band with his brothers Jesse and Levi, and has since been covered by Francis Magalona, Freddie Aguilar, and Ely Buendia, among others.

You can listen to the original version here:

Other popular songs by the Cabanatuan-born Heber include 1977’s “Pasahero,” and 1985’s “Inutil Na Gising” and “Karaniwang Tao.”

Apart from being a musician, Heber also taught Filipino Literature at De La Salle University-Manila in the ’80s. A Fine Arts graduate from the University of the Philippines-Diliman, he has also exhibited his paintings locally and internationally.

He had been married briefly to celebrated pageant queen-turned-activist Maita Gomez, with whom he had two children. They separated in 1983. – Rappler.com