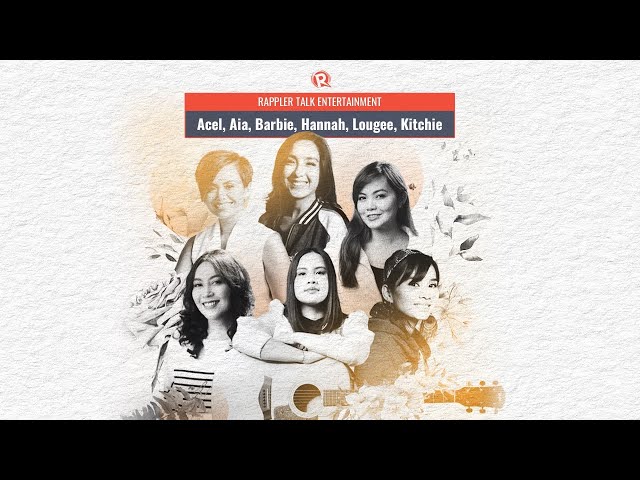 MANILA, Philippines – The late ’90s and early 2000s was a great time for Filipino rock music, with female voices at the center of it all.

Among those voices were Acel Bisa, Aia de Leon, Hannah Romawac, Lougee Basabas, Kitchie Nadal, and Barbie Almalbis, ruling the music scene at the time as they fronted bands or performed as solo acts.

Today, the women continue to pursue music even as they pursue other interests and have started their own families.

For the first time ever, all six of them will be performing in concert together for Tanaw, a one-night show set for Saturday, November 26.

Ahead of the show, we talk to Acel, Aia, Hannah, Lougee, Kitchie, and Barbie about what led up to the show, how they’re preparing from all over the world, and what it’s like to be a woman musician today.

Catch the conversation on Wednesday, October 26 at 4 pm. Bookmark this page or head over to fb.com/rapplerdotcom. – Rappler.com