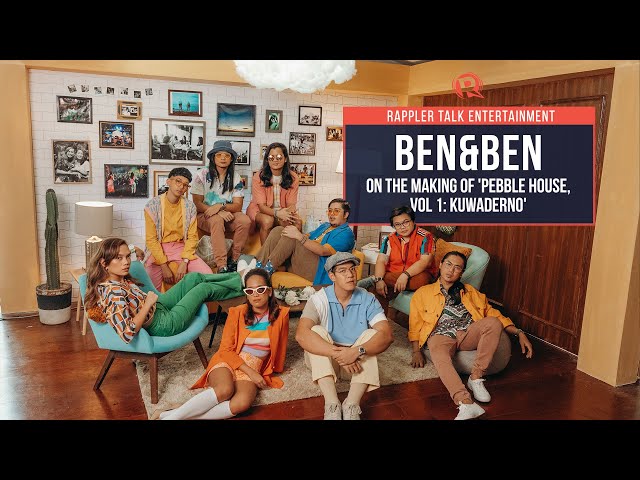 It’s been a busy last two years for Ben&Ben.

Since releasing their debut album Limasawa Street in 2019, the band has kept busy – going on a nationwide tour, playing venues abroad, starring in their first movie, landing several TV appearances, and connecting with their fans. (READ: Spotlight: A history of Ben&Ben)

Throughout the pandemic, the band kept going, playing online benefit shows while still continuing to release music – even moving into one house together on July 2020, so they could keep making music while in quarantine.

Over a year later, the band has released their sophomore album, Pebble House, Vol 1: Kuwaderno – a chronicle of their experiences and thoughts over the time that they’ve lived together in the house.

The album contains 12 Tagalog tracks – six of which are the band’s collaborations with other artists, and each song co-produced by one member of the band. The album is carefully sequenced and sees the band dipping into different genres all while honing the distinct sound that they’ve become known and loved for.

In this Rappler Talk, all nine members talk about and share stories straight from the Ben&Ben house – from their process of making the album, to the adjustments they made living together, and how they find hope in the day-to-day.

Catch the conversation on Tuesday, August 31, at 6 pm. Bookmark this page or head over to fb.com/rapplerdotcom. – Rappler.com