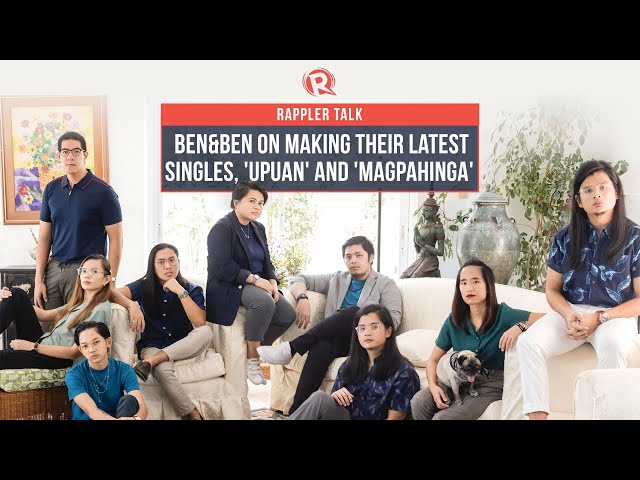 Folk-pop collective Ben&Ben has given fans a glimpse of their upcoming sophomore album, releasing two new singles, “Upuan” and “Magpahinga,” in May.

“Upuan” is a bright, upbeat track that captures the heady spirit of an innocent classroom romance, while “Magpahinga” is a moving piano ballad that reminds listeners to slow down and take a rest.

The songs have since been raking in the streams, and the music video for “Magpahinga,” starring actors Joel Torre and Bela Padilla has been trending on YouTube since it premiered on May 23.

In this Rappler Talk interview, Ben&Ben go into their process for making these two songs, which exemplify the band’s musical evolution, and the new era they have entered when it comes to their sound.

Along the way, they also talk about their inspirations, classroom memories, and how they give justice to heavy themes.

Catch the conversation on Thursday, May 27, at 8 pm. Bookmark this page or head over to fb.com/rapplerdotcom. – Rappler.com