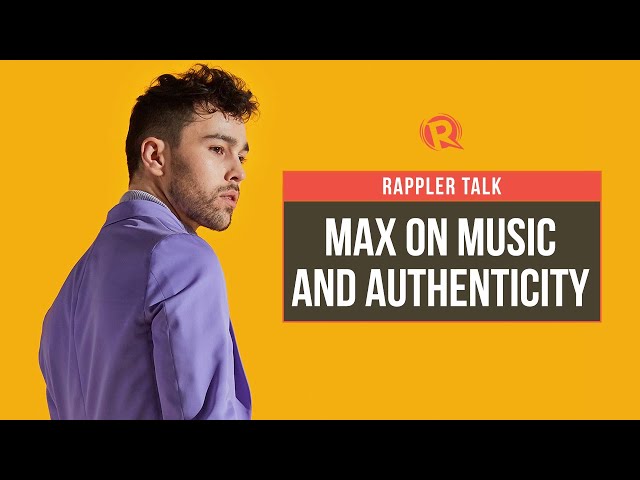 Facebook Twitter Copy URL
Copied
We talk to the 'Blueberry Eyes' singer about the creative process, preparing to be a dad, and working with BTS's Suga

In almost losing a part of himself, singer and song-writer MAX found himself and “the colors of his world again.”

After vocal surgery – and literally losing his voice for a few months – MAX worked on what’s now Colour Vision, his second album. “This album is a lot of those moments of actually acknowledging those demons and feelings and putting them out on display,” said the “Love Me Less” singer.

In this edition of Rappler Talk, MAX talks to Rappler entertainment editor Bea Cupin about his new album, baring his soul through music, preparing for life as a first-time father, and working with BTS’s Suga for his song “Blueberry Eyes” and the Korean rapper’s song, “Burn It.”

Catch the interview on November 11 (in the Philippines) by bookmarking this page or following Rappler on social media.

Both Colour Vision and its lead single, “Blueberry Eyes,” are now out on all streaming platforms. – Rappler.com