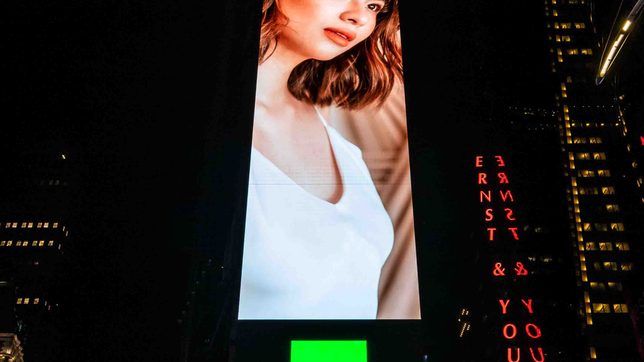 Janine shared a video of the billboard on her Instagram on Wednesday, August 18. “I still got no words! I mean New York [freaking] Times Square?” she wrote in the caption.

The billboard was for Spotify’s “EQUAL” playlists, which puts the spotlight on female artists around the world. “It’s an honor to be part of the equal playlist alongside these beautiful & talented women. let’s show love & support to all our queens,” she added.

Artists also featured in the billboard include Tanya Chua and Zom Marie.

Spotify’s “Equal Philippines” playlist has Janine as their cover artist and her single “Ghosts in the Room” as the first track. Her song “Paano” is also featured on the “Equal Global” playlist.

Both songs are part of Janine’s first EP Kwento Sa Silid, which was released in July 2021.

“I can’t even count the number of times I had to hear ‘no’ before releasing this EP. But I couldn’t find it in me to share the kind of music that I didn’t fully believe in. And so I fought hard. And there’s truly nothing more worth it than finally getting to do what you’ve always wanted. And that’s releasing these songs,” she said.