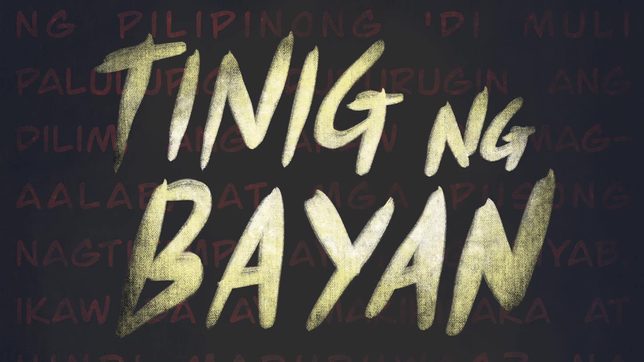 Facebook Twitter Copy URL
Copied
The concert is for the benefit of Project Paghilom, which supports families left behind by the victims of the war on drugs

Kakie Pangilinan, Ebe Dancel, Iza Calzado and a host of other musicians and artists are coming together to raise their voices in a concert that will run parallel to President Rodrigo Duterte’s State of the Nation Address on Monday, July 27.

The concert, called Tinig ng Bayan: SONAgkaisa Concert, will be live streamed on Radyo Katipunan 87.9 on Monday, from 3 pm to 6 pm.

The online concert would be for the benefit of the De La Salle Philippines’ Project Paghilom, which supports families left behind by the victims of the war on drugs.

Donations can be made through the Jesuit Communications website. – Rappler.com