Lady Gaga sings the National Anthem during the inauguration of Joe Biden as the 46th President of the United States on the West Front of the U.S. Capitol in Washington, U.S., January 20, 2021. REUTERS/Kevin Lamarque

Am emotional Lady Gaga performed a dramatic version of the US national anthem while Garth Brooks sang a cappella at the inauguration of President Joe Biden on Wednesday, January 21, a ceremony that was aimed at promoting unity after a divisive election.

Pop superstar Gaga, known for her flamboyant outfits, wowed in a huge fuchsia skirt and black top adorned by a large gold dove as she stepped up to sing “The Star-Spangled Banner.” 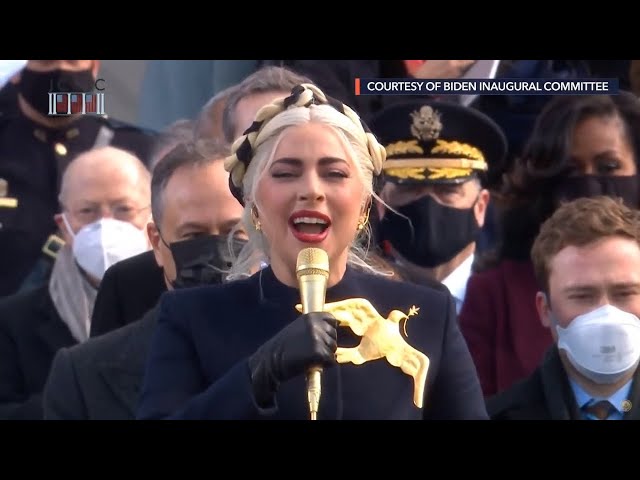 Beaming with pleasure, Gaga turned at one point to gesture to the US flag flying high over the Capitol, the seat of Congress that just two weeks ago was the scene of an attack by supporters of outgoing President Donald Trump seeking to overturn Biden’s election.

“She slayed it. I AM GAGA FOR GAGA!!!” tweeted actor Ed Helms.

Ahead of her performance, Gaga said on Twitter that she was praying for a day of peace. “My intention is to acknowledge our past, be healing for our present, and be passionate for a future where we work together lovingly,” she added.

Country singer Brooks, a Republican, took off his black Stetson hat to sing an a cappella version of “Amazing Grace” and asked Americans at the ceremony and watching at home to sing along with him for the last verse. 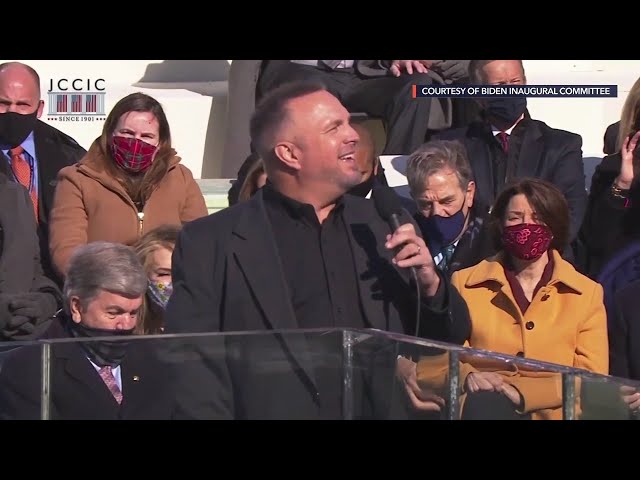 “I’m so tired of being divided,” Brooks told reporters ahead of the ceremony. Brooks also performed at the 2009 inauguration of Barack Obama.

Jennifer Lopez, dressed in white pants and a long matching coat, performed a medley of “This Land is Your Land” and “America The Beautiful,” as well as saying part of the Pledge of Allegiance in Spanish. 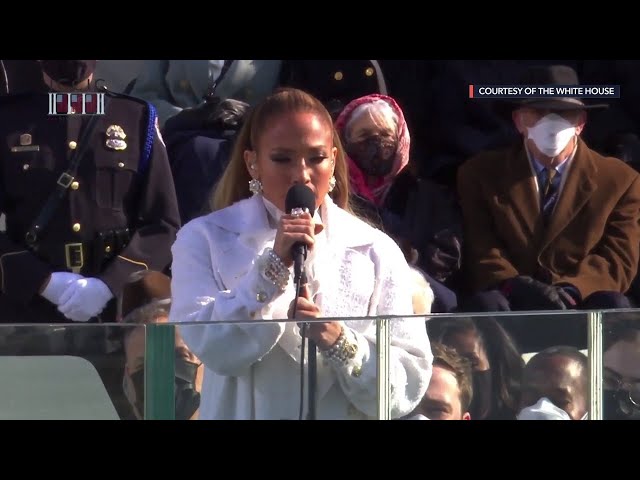 The cultural celebrations will continue on Wednesday night with a two-hour special broadcast across six television networks and social media, hosted by the affable Toy Story actor Tom Hanks, who is known as ‘America’s Dad.’

The events, bringing together some of the biggest white, Black, and Hispanic celebrities, mark a sharp contrast with Trump’s inauguration in 2017, which was low on star power and saw several performers declining invitations for inaugural events.

Biden’s inaugural committee said the special will also feature teachers, delivery drivers, and healthcare workers, along with children who raised money to get food to people who have fallen on hard times because of the coronavirus pandemic. – Rappler.com