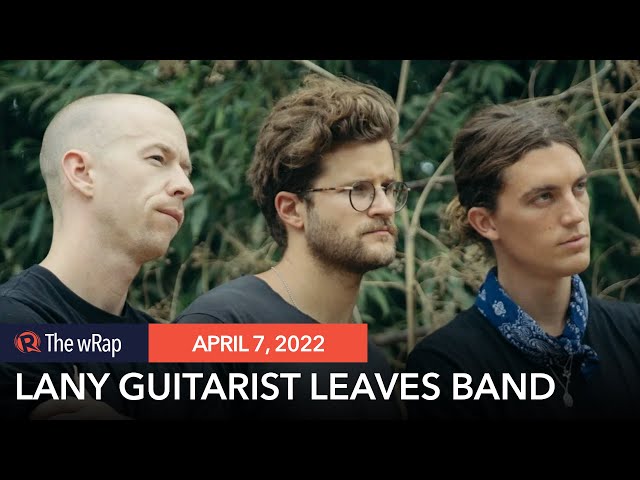 MANILA, Philippines – American indie rock band LANY has announced that guitarist Les Priest will be departing from the group after eight years to focus on his personal endeavors.

In a statement on Thursday, April 7, LANY told their fans that they are currently writing songs and working on a new album while feeling “so energized about the future” as they move into a “beautiful year of music and touring.” However, “[their] brother” Les has decided to leave the band to focus on life as a writer and a producer in Nashville, Tennessee.

“We love him and his family with all of our hearts and are forever grateful to him for building LANY with us into what it is today,” they wrote.

“No one will ever be able to replace him so LANY will continue just us – Paul and Jake,” they added. In commemoration, the band announced that their special “JAKE LES PAUL” t-shirts will be available to order for the next 48 hours on their website.

Les also announced his departure on his personal Instagram account, posting photo memories of him and the band.

“8 years ago I was blessed beyond measure with friendship and opportunity. Being in LANY was a true gift. A gift with many ups and downs, joys, and heartaches. There is a time and place for everything. Now is the time for a new chapter,” Les wrote.

“I’m parting ways to invest more fully in the other areas of my life. Thank you to everyone who played a part in this experience,” he added.