Music in PH politics: Why and how the ‘Kay Leni Tayo’ jingle was made for free Former presidential spokesperson Edwin Lacierda, who had served the administration of the late former president Benigno “Noynoy” Aquino III, announced on the social media platform that those who wanted some “Let Leni Lead” stickers should message him.

The slogan was originally a hashtag that trended on Twitter in November 2020 in recognition of the Office of the Vice President’s quick response during the onslaught of Super Typhoon Rolly and Typhoon Ulysses.

Nolan Bernardino, the director of music production house FlipMusic and a Facebook friend of Lacierda, wanted the stickers, so he messaged the latter. Bernardino is one of the many supporters who are urging Vice President Leni Robredo to run for president in 2022.

In a Rappler Talk interview on Thursday, September 2, Bernardino said he offered to help Lacierda promote “Let Leni Lead” if needed after their exchange regarding the stickers.

It was out of the spirit of volunteerism that FlipMusic decided to create the two-minute Robredo jingle for free, according to Bernardino.

“I’ve always been an advocate of volunteerism, and wherever I can volunteer – whether it be a political cause or not, not political one – if I can, I would. So itong opportunity na ‘to, just like what we discussed kanina, it came about because of my want to support Leni or at least my prayer na lumaban din siya ulit sa upcoming elections natin,” said Bernardino.

(I’ve always been an advocate of volunteerism, and wherever I can volunteer – whether it be a political cause or not, – if I can, I would. So this opportunity, just like what we discussed earlier, it came about because of my want to support Leni or at least my prayer that she fights again in our upcoming elections.) 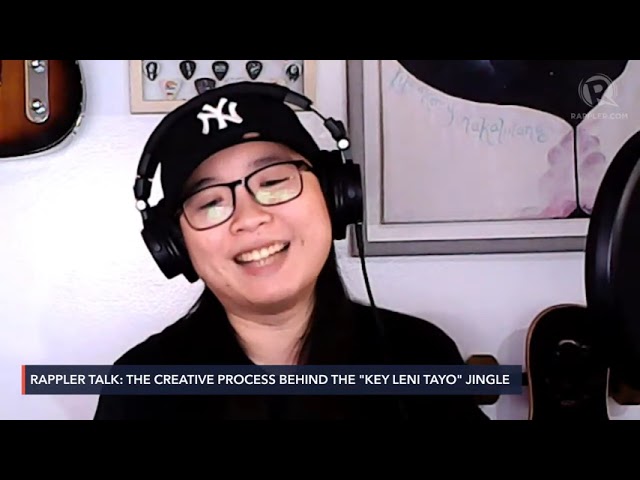 Bernardino and Del Rosario expressed their support for the Vice President through their music.

“‘Yung malasakit niya and her willingness to serve the country, na it’s always so persevering and consistent, so I guess that’s where I got the inspiration from when I was writing the lyrics,” explained Del Rosario.

(Her concern and her willingness to serve the country, it’s always so persevering and consistent, so I guess that’s where I got the inspiration from when I was writing the lyrics.)

Although Robredo welcomed the invitation of 1Sambayan to join its selection process for the opposition’s presidential candidate in 2022, the Vice President has yet to make a final decision on this.

As the country’s opposition leader, Robredo is not new to criticisms and attacks from trolls and even the administration. Their vitriol has spilled over to her supporters

But Bernardino and Del Rosario said they have not received any hostile reactions even after “Kay Leni Tayo” started hitting the airwaves and making rounds on social media.

They did, however, get some criticisms about how the jingle should have been made. Some wanted a ballad. Others wanted Robredo’s platform to be reflected in the song’s lyrics.

But Bernadino and Del Rosario understood that the criticisms were coming from people “who just want the best” for the Vice President.

The musicians said that they did not think of the project as a risk at all, because they only did it to express their support, and not to attack anyone.

“My wanting to do it doesn’t mean that I’m attacking someone else or it’s my stand against someone else. It’s not that. I think it’s my right to choose, and in this case, I choose to support a possible political candidate for our next elections…. I don’t think it’s a risk at all,” Bernardino said. 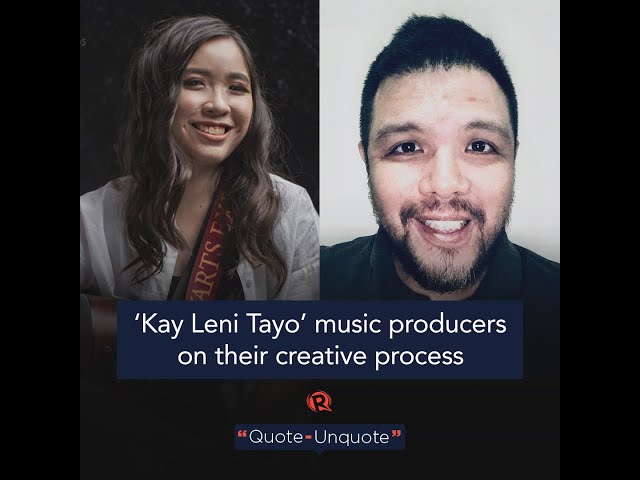 The creators of “Kay Leni Tayo” know the responsibility of creating a song for a potential presidential contender. FlipMusic has composed campaign jingles for other politicians in the past.

“[Filipinos] spend so much time listening to music, so that’s why it’s a good platform to make your stand be heard and to endorse somebody you believe can make our country a better place,” Del Rosario said.

Bernardino and Del Rosario know just how high the stakes are in the 2022 elections.

They do not want to force others to get involved in the country’s political affairs, but Bernardino and Del Rosario both understand the crucial role that artists can play in the 2022 polls.

“Whether or not they want to be involved, I think I’m not in the position to say that they should, but if they want to, then it would be a big help to whoever they want to support,” Bernardino said.

“It can be your way to make a stand also, to choose a side or to choose a candidate. Whoever you choose, suportahan mo nang todo. Right natin ‘yun (That’s our right),” he added.

For Del Rosario, it’s all about standing up for what she believes in come 2022.

“I don’t believe in forcing people or shaming people into making a stand, but I’ve always believed or valued letting my beliefs be heard or standing up for what I believe in, and the best way I could do that is through what I create which is music,” said Del Rosario.

“The worst that can happen is everybody’s gonna know what you believe in, and that’s not really a bad thing if you really believe in it,” she added. – Jacq Martinez/Rappler.com