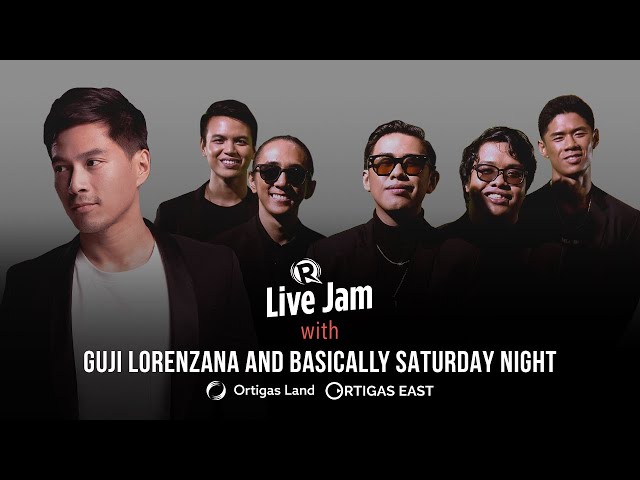 Basically Saturday Night is a boogie fusion band that emerged as the winners at the Wanderland Festival’s Wanderband music battle in 2018. The band has released several singles, including “Chemical Love,” “El Poder,” and “Moon Dogs,” which was awarded Best Jazz Recording at the 33rd Awit Awards in August.

Singer-songwriter, actor, and DJ Guji Lorenzana started his music career in 2006 and became a singer on Sunday noontime show ASAP in 2008. After building a career in local showbiz, Guji became a finalist on the Tawag ng Tanghalan celebrity edition in 2019.

Watch these artists as they bring the music from their homes to yours, with Christmas sparkle care of the light tunnel at Ortigas East. This year’s tunnel is lit in honor of the frontliners whose courage shines brightest in these darkest times.

@OrtigasPH
For over 80 years, Ortigas Land has been perfecting the art of life, work, and leisure by conceiving of and building master-planned developments that have become thriving communities over time-paradigms of excellence in the Philippine real estate landscape. In its portfolio are some of the country’s best residential, business, and commercial developments in Metro Manila – including Ortigas Center, Greenhills Center, Capitol Commons, Circulo Verde, and its most recent redevelopment project, Ortigas East.
More about Ortigas Land