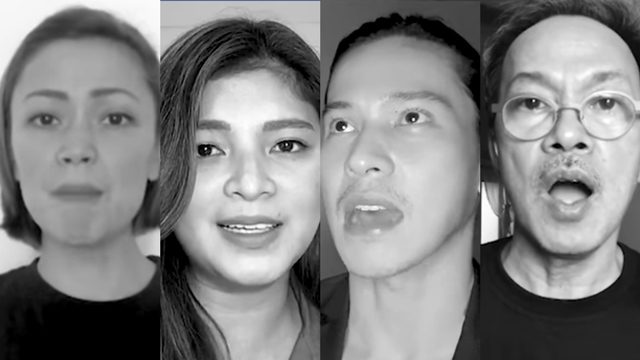 Angel Locsin, Enchong Dee, Jodi Sta Maria, Iza Calzado, and Noel Cabangon are among those who star in a new music video for the song “Di Niyo Ba Naririnig?” released Sunday, July 26, a day ahead of President Rodrigo Duterte’s State of the Nation Address (SONA).

The song is a Filipino adaptation of “Do You Hear the People Sing?” from the musical Les Miserables. Other featured artists include Agot Isidro, Mylene Dizon, Celeste Legaspi, Monique Wilson, Ebe Dancel, Kean Cipriano, Mae Paner, and Jim Paredes.

The song, translated by Vincent de Jesus with additional lyrics by Rody Vera and Joel Saracho was first performed in 2017 during an event to mark the 45th anniversary of Martial Law in the Philippines.

Les Miserables is based on the 1862 novel of the same name by Victor Hugo, which is set in France and follows the life of Jean Valjean, a man who is imprisoned for stealing a loaf of bread.

The novel – considered one of the greatest of the 19th century – concludes against the background of the Paris Uprising of 1832.

The song “Do You Hear The People Sing?” is among the most recognizable from the hit musical. It’s sung twice – first, as students prepare to launch a rebellion, and against to close the show. It has since been adapted as a protest song many times over, and in different languages.

Duterte’s penultimate SONA, meanwhile, is set against the background of the biggest crisis under his administration.

Duterte to deliver SONA amid fear, dissent in pandemic-hit Philippines 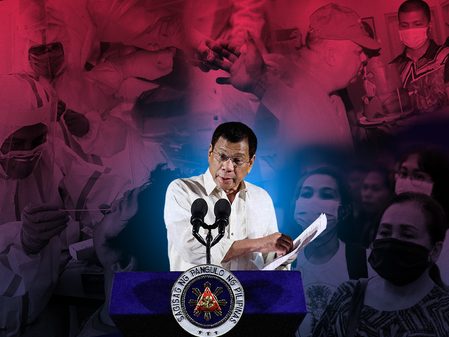 The song is just one of many ways artists and the creative industry will be joining protests nationwide – both online and in person – during the SONA.

The online concert Tinig ng Bayan, for instance, is scheduled Monday afternoon, July 27, as Duterte is expected to deliver the SONA. – Rappler.com