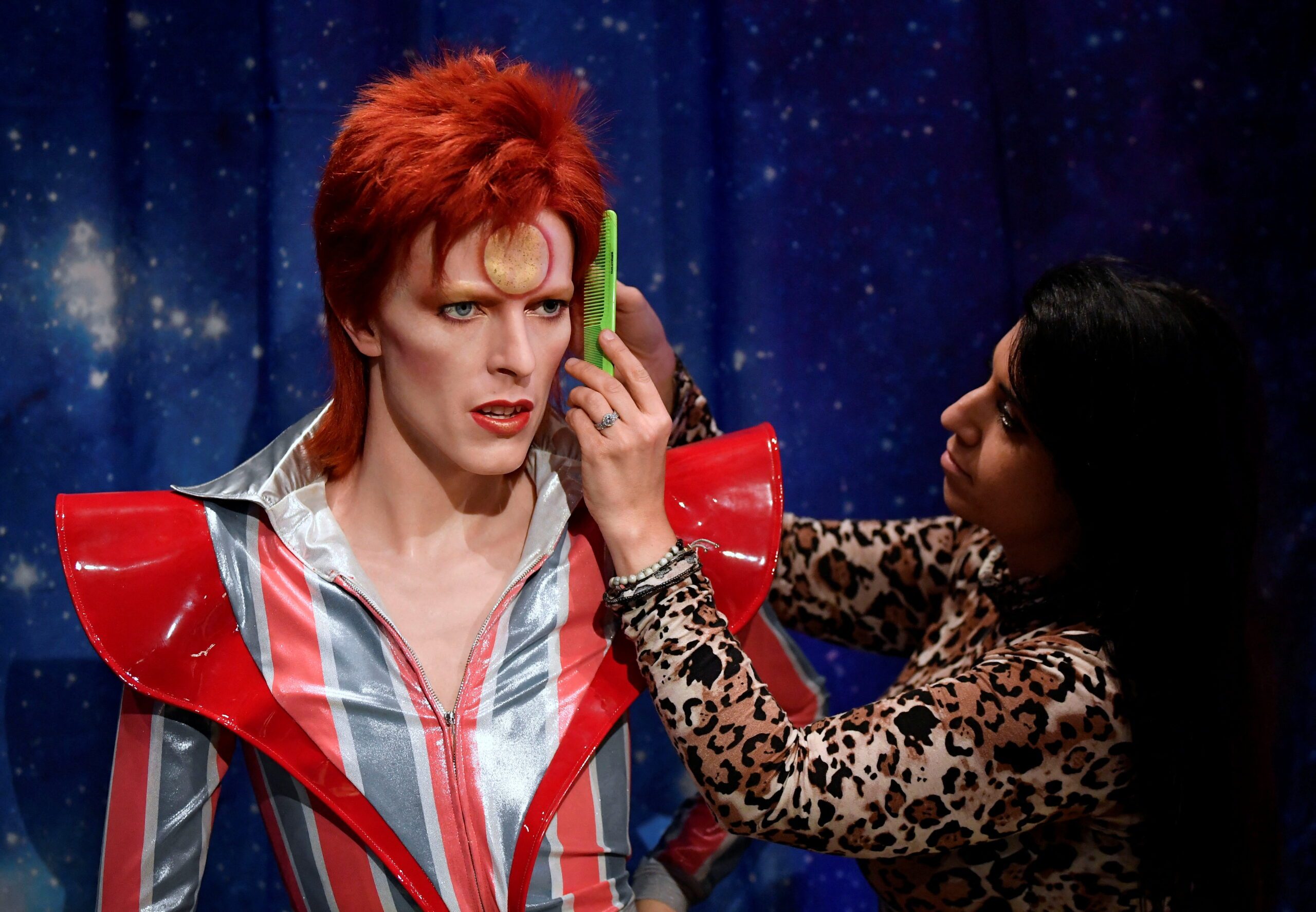 Studios artist Caryn Mitman works on a new wax work representation of David Bowie ahead of the opening of a newly redesigned Music Festival zone of contemporary and historically famous singers and musicians at Madame Tussauds, in London, Britain March 31, 2022.

Using measurements and images from a 1983 sitting, Madame Tussauds said it had worked with Bowie’s estate to create the figure, the second to be made in the singer’s likeness at the museum.

The British singer-songwriter died from cancer in 2016, aged 69.

“We were honored to work with his estate in what would have been his 75th year and play our small part in keeping his inimitable legacy alive for generations to come.”