2021 ACTIVITIES. P-pop groups BGYO and BINI are preparing for their full-album and joint concert.

2021 is proving to be a hectic year for P-pop groups BGYO and BINI.

Just months after their long-awaited debuts – BGYO in January and BINI in July – to headlining their first upcoming joint concert in November, ABS-CBN Entertainment Production head Laurenti Dyogi said the two groups are still gearing up for more activities.

Other details about BGYO and BINI’s sibling concert on November 6 and 7 have yet to be announced, but Dyogi told Rappler that they’re also planning for an international concert. “Hopefully, they have a concert abroad sometime in the latter part of the year kung matuloy at mapayagan na sila (if it will push through and they’ll be allowed to),” he said. 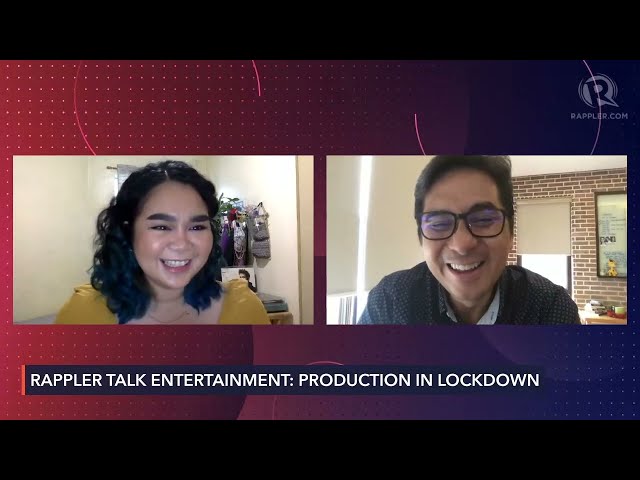 As preparation for these possible international activities, Dyogi added that the BGYO and BINI members are also learning new songs in several languages such as Bahasa, Thai, Japanese, and Spanish.

“Ang daming nangyayari sa kanila, isa sila sa mga prolific artists namin ngayong pandemic,” said Dyogi. (There’s so much happening to these groups. They’re some of our most prolific artists during the pandemic.)

BGYO and BINI, who both underwent more than two years of rigorous training under Star Hunt Academy before making their official debut, have become some of the fast-rising P-pop groups in the Philippines.

Aside from their debut single “The Light” released in January, BGYO has also released tracks “He’s Into Her,” and “Feel Good Pilipinas.” The five-member boy group also made their comeback with “The Baddest” on August 20. (READ: Spotlight: All eyes on P-pop group BGYO)

Meanwhile, eight-member girl group BINI released the single “Da Coconut Nut” in November 2020 and made their official debut with the song “Born To Win” in June 2021. (READ: Spotlight: P-pop group BINI is all set for stardom)

In between official promotional activities, Dyogi said that both groups still continue with their training. “Tuloy-tuloy ‘yan, hindi tumitigil. Hindi porket marunong nang kumanta at sumayaw, titigil ka na. Excellence ang ano natin in the next five years. They should be the new benchmark of excellence for performing.”

(Their training is just continuous – that won’t stop. Just because they already know how to sing and dance, it doesn’t mean they’ll stop training. Excellence is what we’re aiming for in the next five years.)

On top of the promotional activities and training, BGYO and BINI members are also pursuing their studies. “That’s our commitment to their parents. Even if we put them in training, we put them to perform, they would go to school,” Dyogi explained.

He added, “Because this will not be forever, they won’t be singing or dancing forever. We want them to have a good fall back sa kanilang future (for their future.) It’s not always singing and dancing. They are youth representatives and role models… kailangan nilang paghirapan ‘yan (they should work hard for that).”

(We’re very proud of these kids. They’re going through a lot but they still managed to study well and look good on camera. I’m in awe of them… They’re really just focused on working and studying, they’re sacrificing a lot.) – Rappler.com