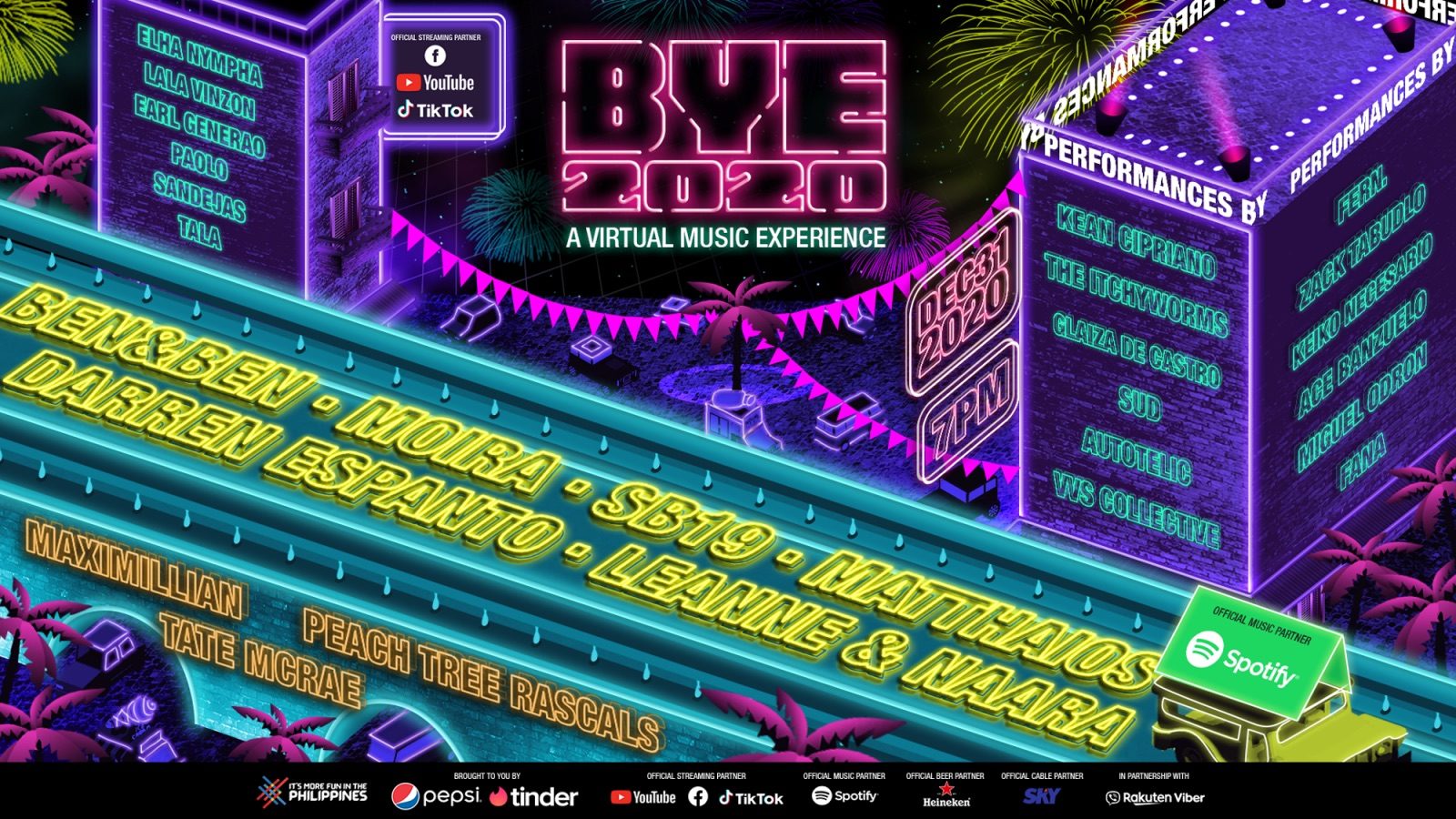 A lineup of musicians from the Philippines and around the world are bidding good bye (good riddance?) to the challenging year that was in a virtual concert called BYE2020.

The concert will be held on December 31, from 7 pm onwards. It will run for 6 hours, and will be streamed on multiple platforms, including Facebook, YouTube, and Tiktok. It will also air on Sky Cable (Ch 955 HD and 155 SD).

The event is free to view, but tickets are available for Zoompit access – which includes exclusive backstage content from the artists, limited edition merchandise, and a chance to be part of the show. Zoompit tickets cost P999 and P1,899 via Ticket2Me.

Organizers said that the show is meant to recognize both the challenges and the triumphs that the music industry has experienced in what has been a difficult year for them.

The show will include a “Best of the Year” awards segment, to turn the spotlight on 2020’s creators.

“What BYE2020 delivers is a way for every Filipino to look back at all of the challenges we have faced, and enter 2021 a bit more hopeful,” the organizers said.

“Fortunately for us technology has allowed us to re-imagine what we can do for music entertainment and live events. And we are bringing to bear every learning, every talent, and every skill we have gained this 2020 and applying it to our event,” they said. – Rappler.com