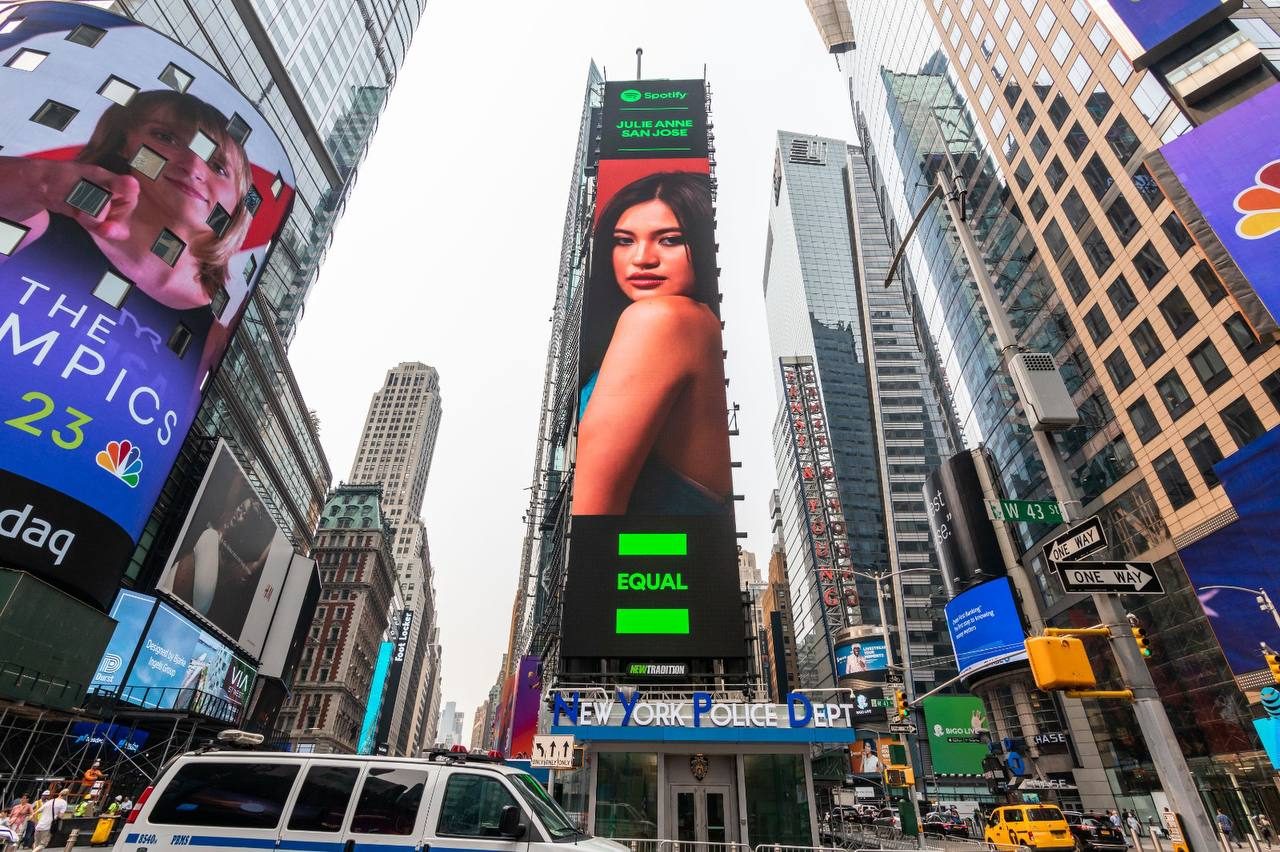 The billboard promoted Spotify’s “Equal” campaign, which turns the spotlight on female artists around the world.

Julie Anne is currently the cover artist for Spotify’s Equal Philippines playlist, and her single “Free” is also featured on the Equal Global playlist alongside artists like Ariana Grande and Doja Cat.

“Free” was released in May. It was co-written by Julie Anne with Eduardo Gonzalez and Denise Pimping, and produced by Herdy Casseus, Andrew Gonzales, Carlisle Tabanera, and Ito Rapadas.