TREV is here to show the world his hustle 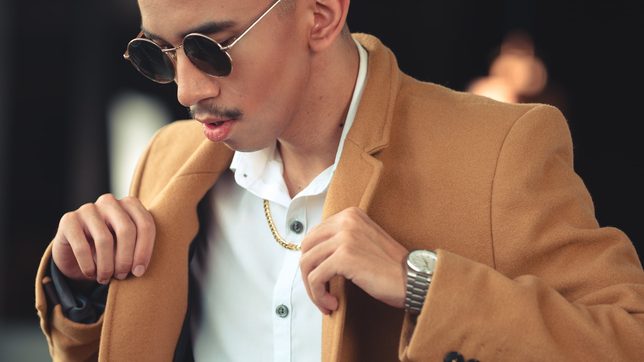 TREV. The rapper makes his mark on the Cebu music scene.

From rapping in Cebu City to debuting under Warner Music Philippines, Trevor Jules Gonzales Sederiosa is among many fresh Cebuano talents who takes the word “hustle” to heart and brings it to the main stage.

Born in 2001, Trevor, better known as TREV, learned to love and write his own music through his family.

“Growing up, music was always close to my heart. When my parents would play ’80s or ’60s music and you as a kid, you get to experience and listen to it. The music I grew up listening to came from my dad and mom,” he said.

TREV said he made the the switch from pop to hip-hop and R&B in 2016 – the same year Canadian rapper Drake released the hit song “Hotline Bling.” This was the same year that he started taking inspiration from famous rap artists like Kid Cudi, Kanye West, and Bryson Tiller.

It was around that time that the Cebuano rapper knew that he needed to start his music career, eventually releasing his debut song “Purple Dreams” in 2017. He made it to the Top Spotify Editorial Playlists a year after.

In ninth grade, TREV began his musical path by covering famous songs like Drake’s “Marvins Room” and posting them on social media.

“Some people told me, like, why don’t you just write your own songs and at the time, I had no idea how to write a song. I just knew to sing,” he said.

Nonetheless, it did not stop TREV and in 2017, he released “Purple Dreams,” his first original love song.

Years later, the 20-year-old rapper found work in a PR company based in Australia while balancing his studies as a first-year marketing management student in the University of San Carlos.

Still, this did not faze his passion for rap and he ended up opening for Midnasty, and Massiah of the Careless collective, in events such as Beat This and XVIBE night.

“From all of my tracks, I think the way or where I draw inspiration from is like a strong emotion, a strong feeling or so. Even through the pandemic, you can still feel these emotions,” said TREV.

TREV believes that having “strong emotions” has given him an advantage in writing and producing music.

Alongside his producer and best friend SNARE, TREV wrote his single, “Know You Wanna Call” in 2018 and “Hurt The Ones I Love” which reached the 29th spot on Spotify’s Viral Top 50 PH playlist in 2019.

However, when the pandemic hit in 2020, the artist said that they needed to change their writing process and decided to channel their creativity on video-conferencing platforms instead of working in-person inside recording studios.

STREV released “Maria” in the same year which, premiering on MYX Philippines. The song has over 50,000 online streams in Spotify and its very own TikTok dance trend.

His other songs, “Gone” and “Going Under” that were released prior to “Maria” now have over 100,000 streams combined.

Of course, the rise of this talented Cebuano did not stop there. On April 23, TREV made his official debut as an artist signed under Warner Music Philippines together with the release of his latest single, “Damages.”

Despite his successes, the 20-year-old artist believes that he is yet to peak.

“If I had goals, getting known in Cebu is my goal, but getting known around the world is the finish line,” he said. “I want to get to the world, not just Cebu and the Philippines.”

TREV released “Purple Dreams” in 2017, marking his first appearance in the Cebuano R&B scene. In this song, he expresses his first-hand experience with love.

“These songs are the story of my life and in ‘Purple Dreams’ I’m talking about me, from the perspective of a guy who gets his heart broken,” he said.

In a collaboration with Sober, TREV takes his past experience with love and throws it in the trash for hardcore partying.

“In here, it’s about a person who immerses himself in the party culture, the casual relationships and the one-night stands,” he said.

Watch the official MV of the song here:

“Hurt The Ones I Love”

In his first single for 2019, TREV lays down his experience with heartbreak and the fallouts of denying his emotions.

His third single, “Going Under” is TREV’s attempt at introspect, and his first project made for a contest by Warner Music Philippines.

“My favorite track is really ‘Going Under’ because it was a track that was really close to my heart,” he said.

According to him, the track was made in less than a week and in his words, “under pressure.”

“Gone” is TREV’s fourth single, made in collaboration with fellow artist Don The Billa.

Here, the two artists talk about hustle culture and party life. In some portions of the song, TREV makes multiple hints of his recent fallout from the rapper’s lifestyle and how he is tackling his “demons.”

In his fourth single, TREV releases one of his most famous songs, which premiered on MYX Philippines. It’s gotten over 50,000 streams on Spotify, and even its own nationwide TikTok dance trend.

In this piece, TREV talks of a man in his “party phase” meeting a lady who wishes to have a relationship with the said man.

A continuation to the story in “Maria,” the same man meets another person and starts to open himself to relationships and love.

“In falling off, the guy opens himself but this girl is insecure about him because of his image of being a player,” says TREV.

TREV notes that his close friend and German musician Swizzy Max makes a smooth continuation of the story in the remix version of this song.

In a team-up with Australian-based Filipino artist Sin Santos, TREV debuts “Damage,” his first song as a signed artist under Warner Music Philippines on April 23.

For their collaboration, TREV makes a bolder statement on his rapper persona and his view on love.

“You know who I am, you know what I can do. ‘Damage’ is a showcase of my lifestyle and what I do, it’s me presenting myself to someone allowing things to happen. I’ve learned that it’s not right to be the one that always initiates, sometimes you just let it come to you,” he said.