They say that some things you have to see to believe, which may be the case in point here, when 3 local music icons shared the Music Museum stage last Saturday night, December 10. 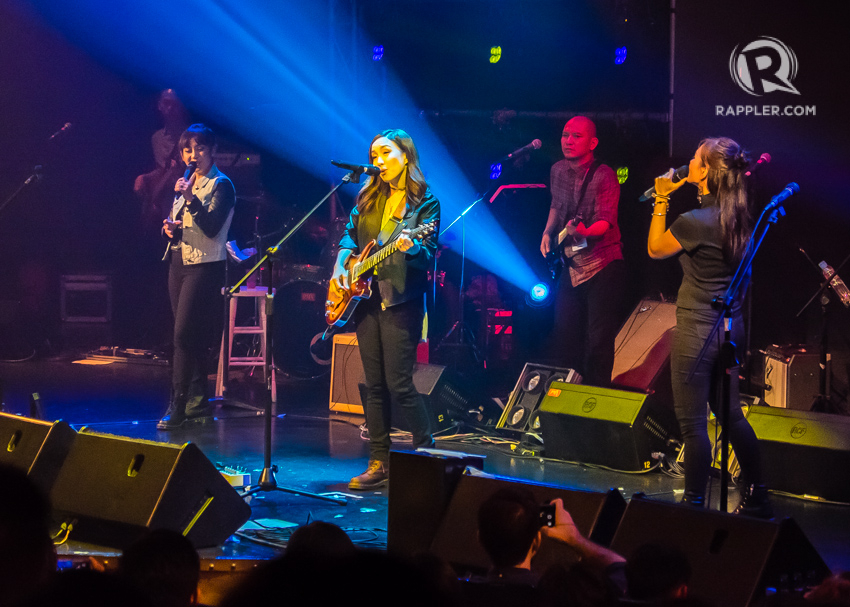 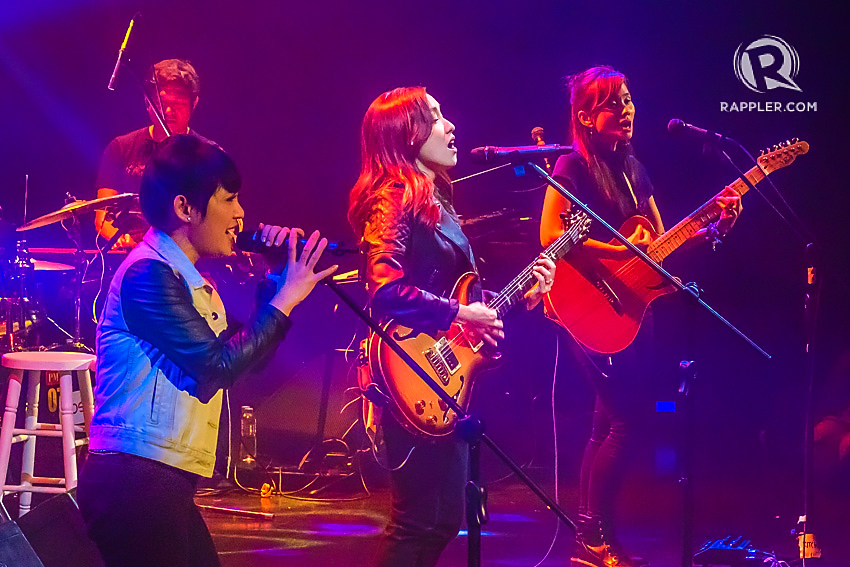 They’ve made their mark with skillfully created sound, dedication and captivating performances, consistently executed over numerous years. Reaching out to crowds on a regular basis, it’s no longer a secret, that the combination of these 3 artists provided a thrilling experience for all in attendance. 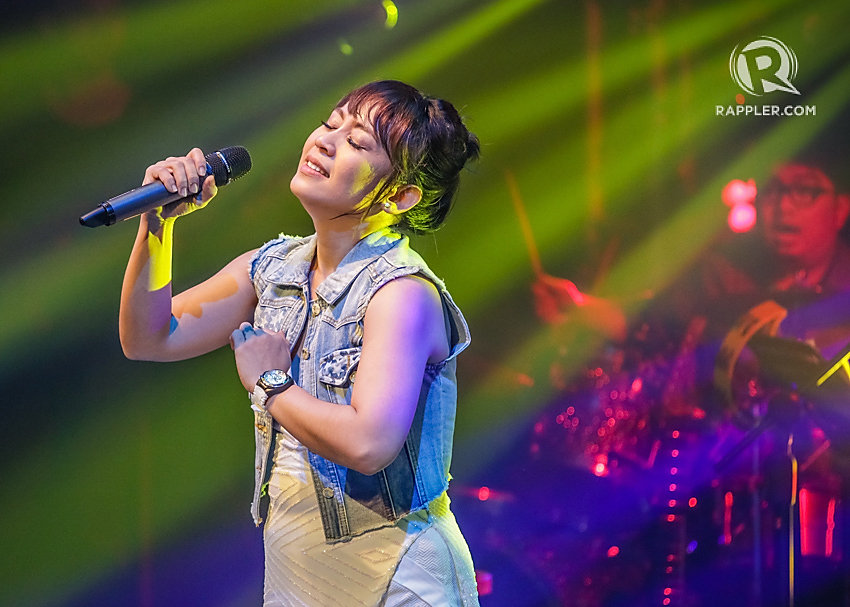 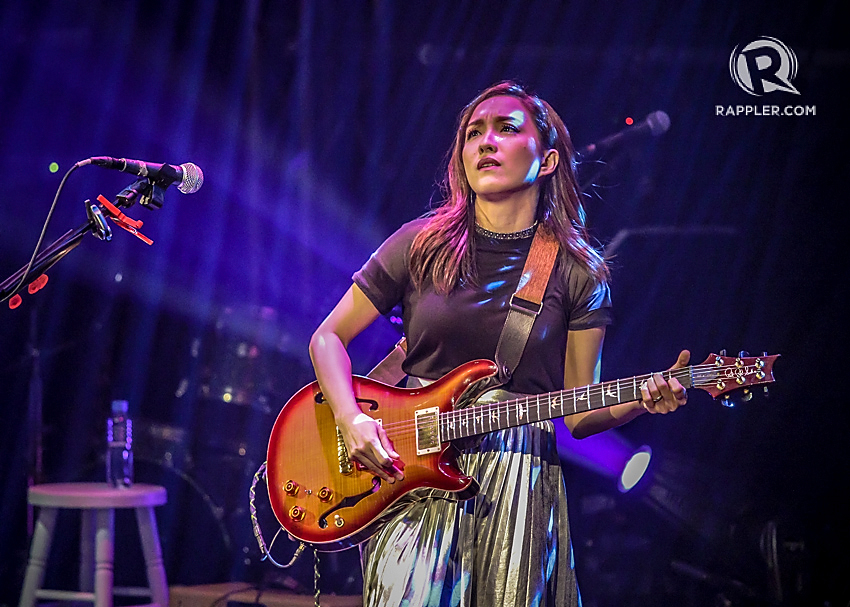 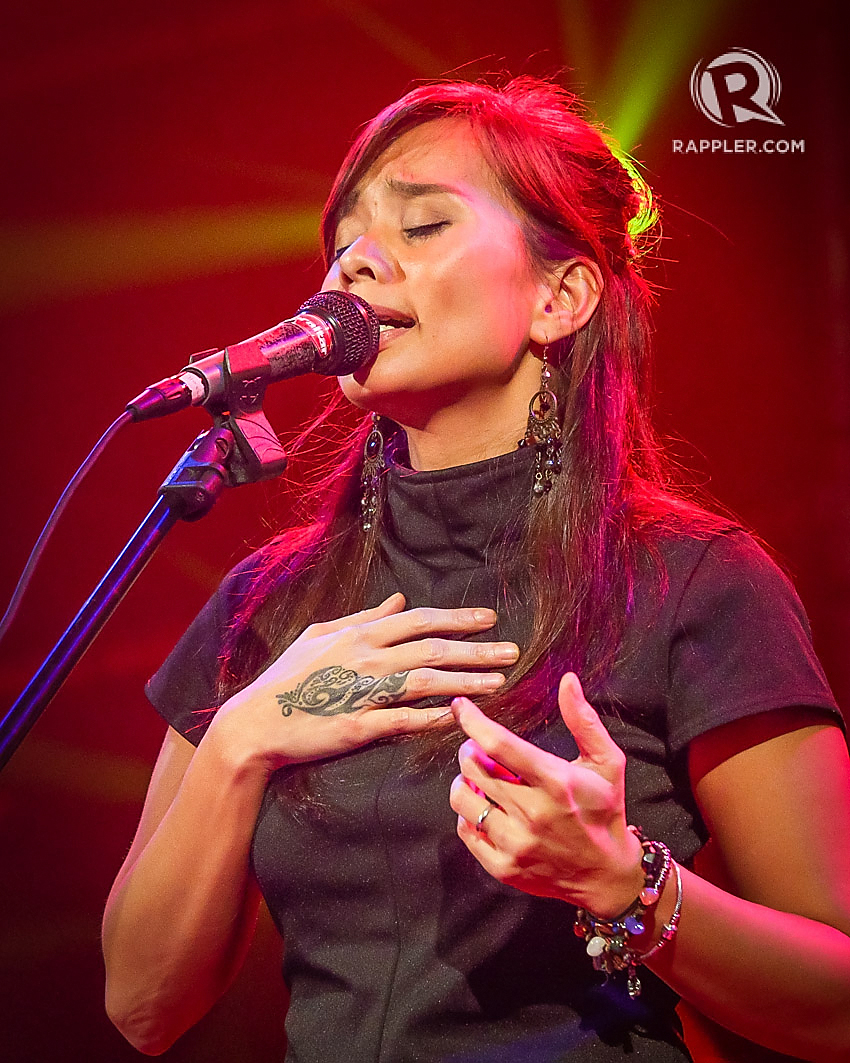 And in case you’ve been living under a rock, or not familiar with the music scene in the Philippines, a short synopsis of each of their careers may be in order here.

Aia de Leon is a vocal powerhouse also well known for her previous work with the popular group, Imago. Having racked up miles onstage and having since gone solo, her body of her work has garnered her a well deserved fan-base that would make any musical act envious. 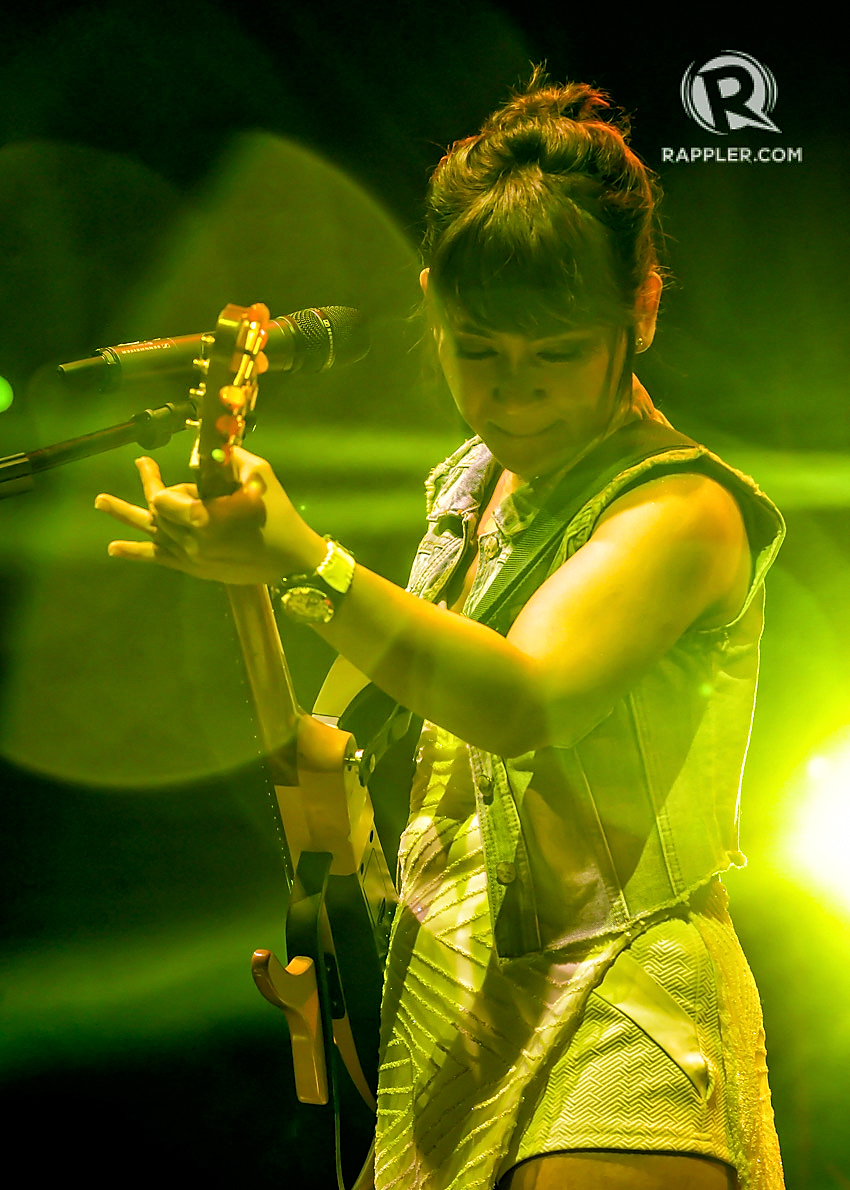 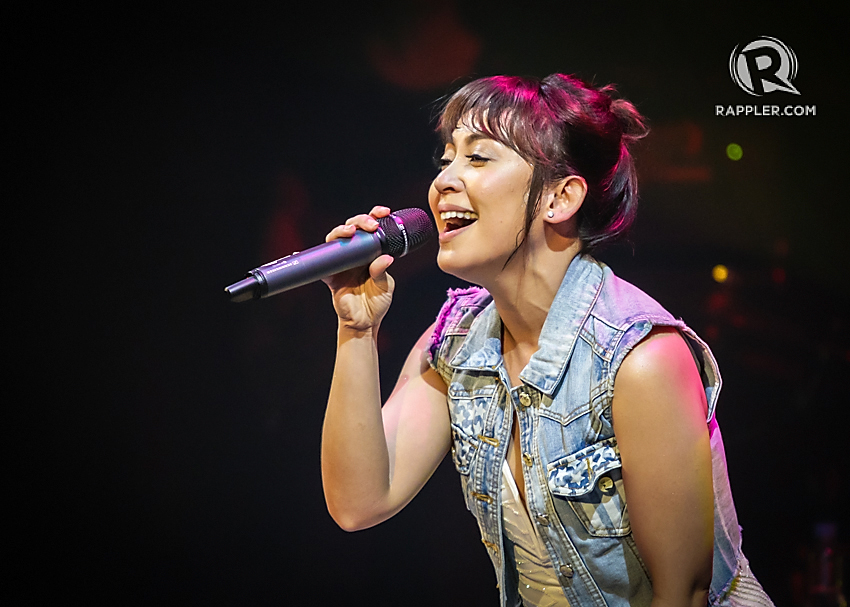 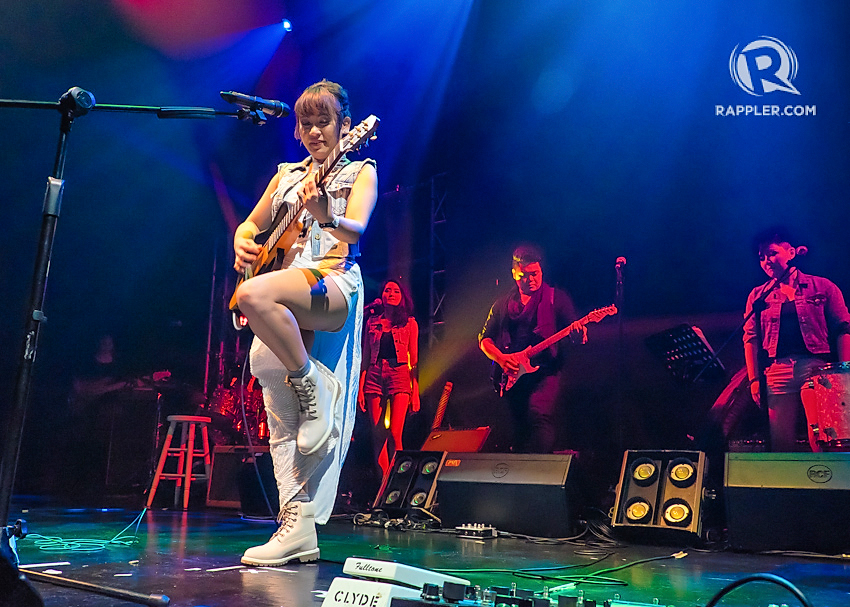 Barbie Almalbis, formerly the lead singer of the bands Hungry Young Poets and Barbie's Cradle, pursued a solo career later on. With a list of accolades, collaborations, commercial representations, and recordings too long to mention here, suffice it to say this artist has had a storied career. Gifted with a wonderfully soulful voice, a knack with synthesizers and some sick guitar skills, she stands out onstage, just as much when it’s her turn off the mic. 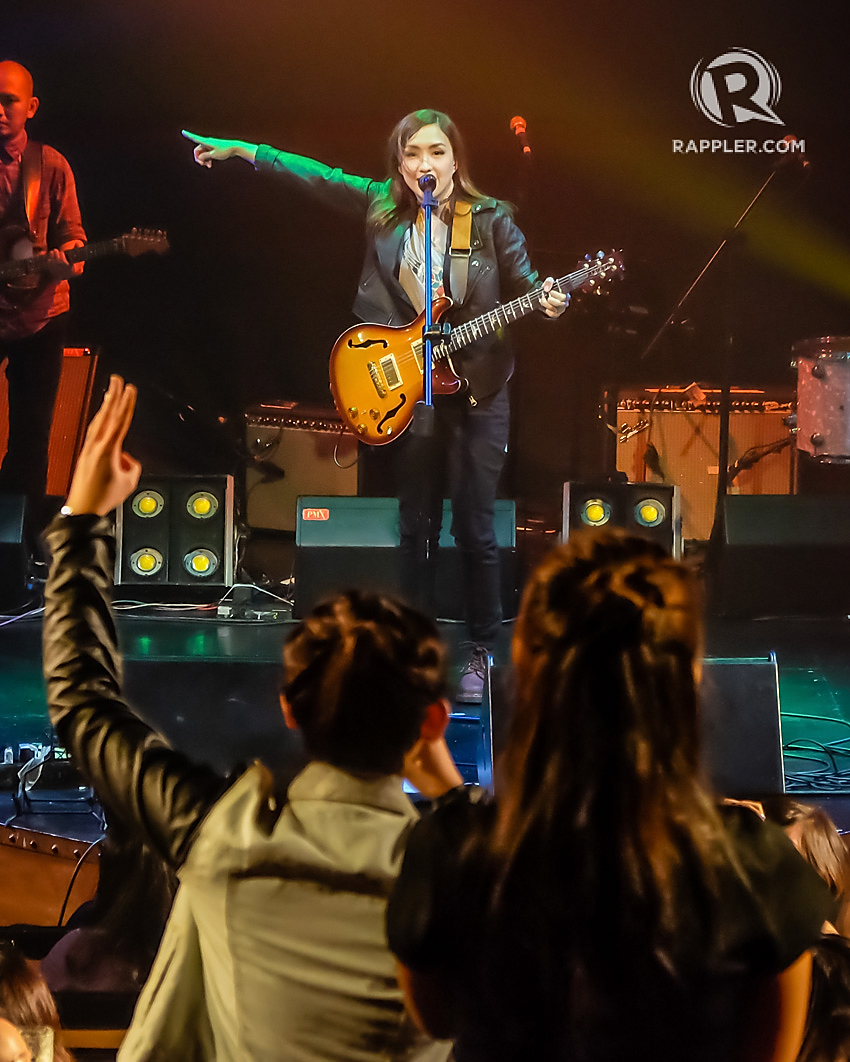 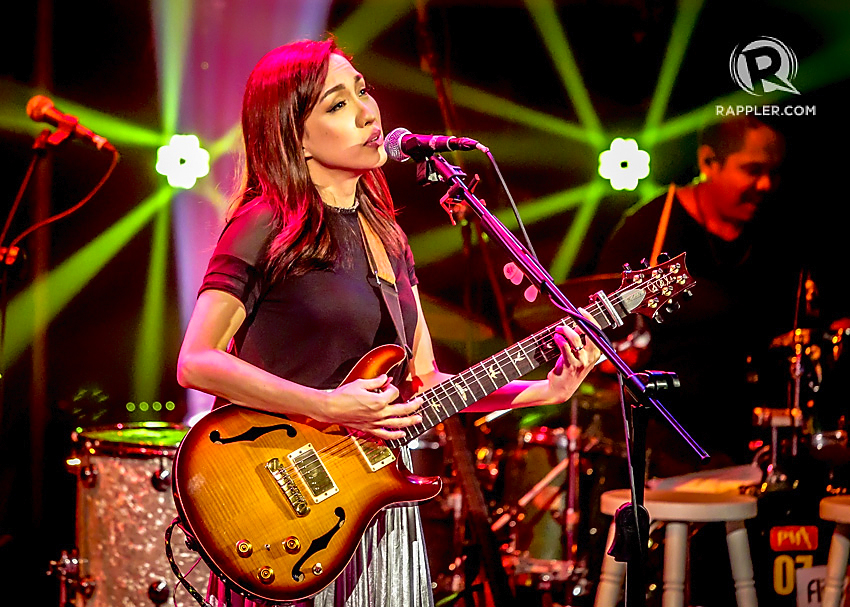 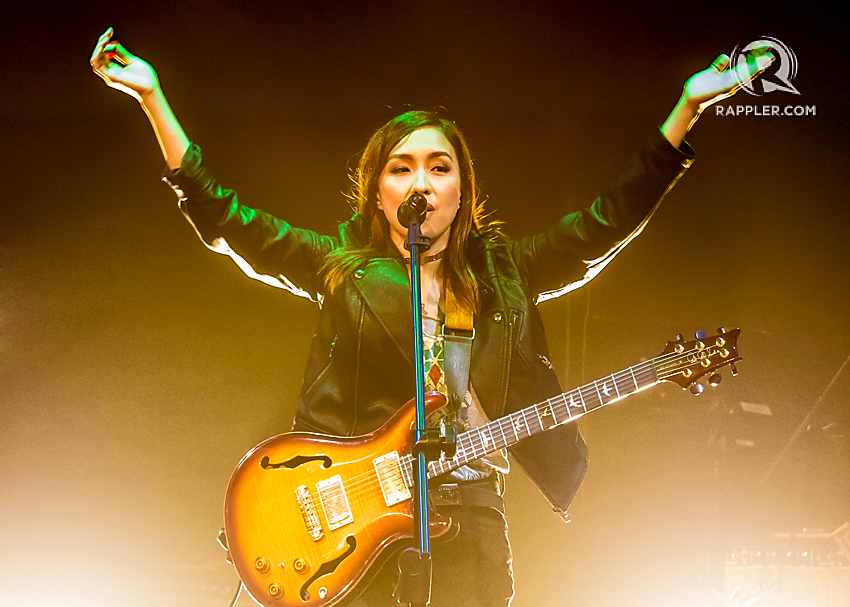 Kitchie Nadal, formerly the lead vocalist of Mojofly, has time and again churned out wonderful self-penned classics with a richness in her voice that you don’t come across often. There is something indescribable and uncanny in the way that she’s able to almost magically harmonize with almost any voice, connecting with them on a deeper level. 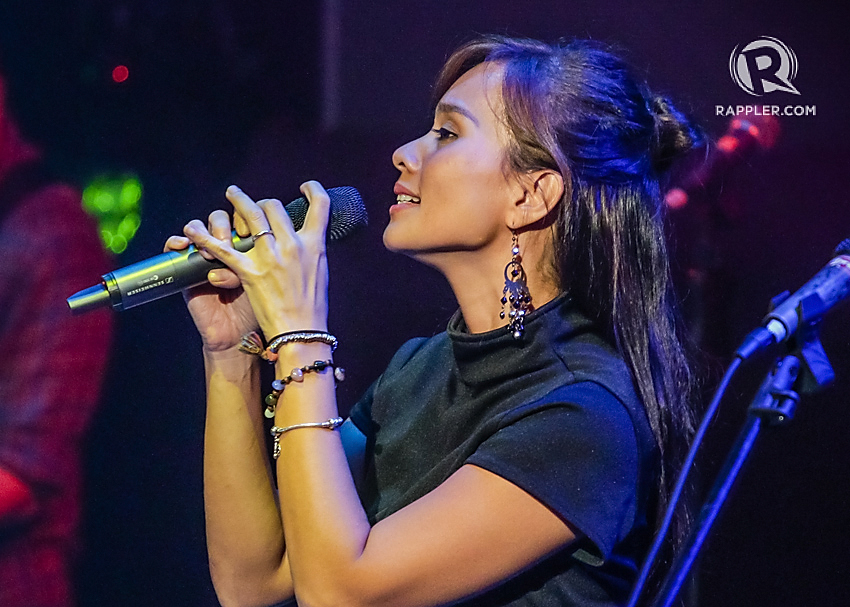 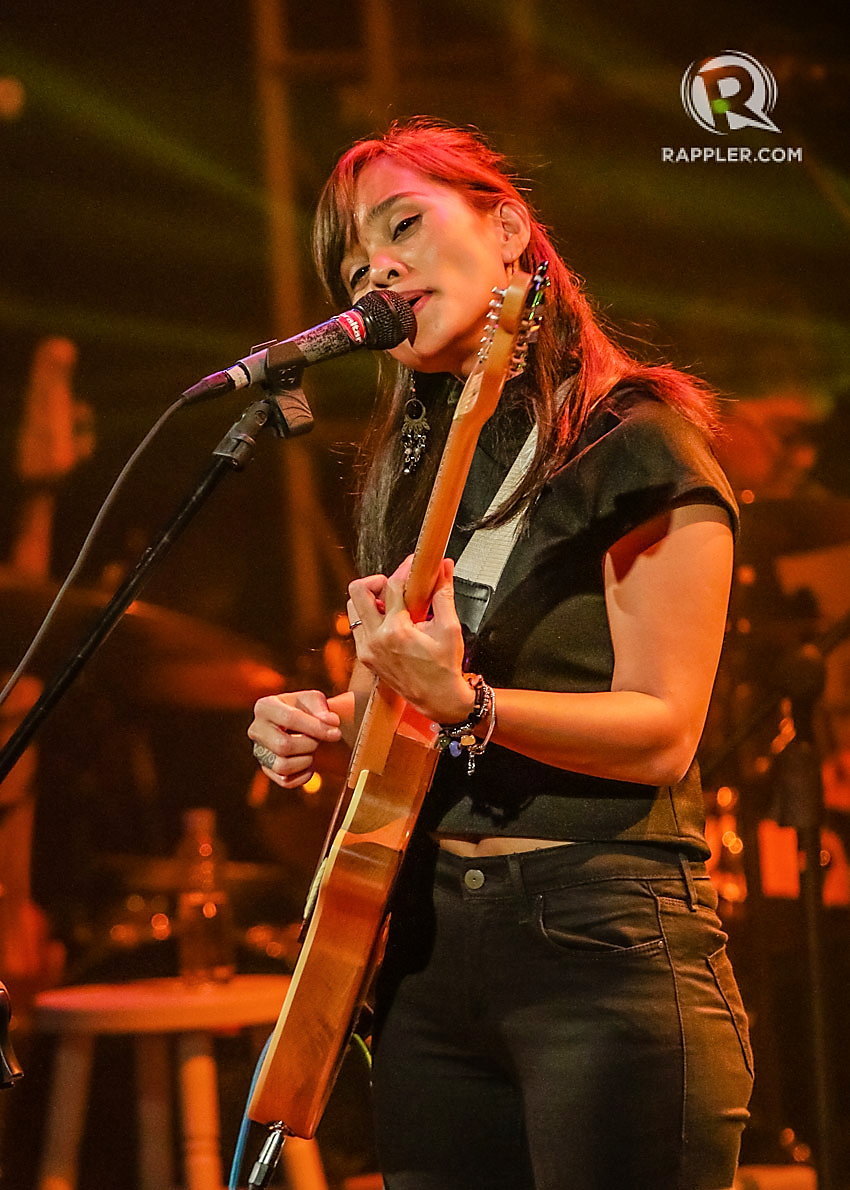 Combine their total years in the music industry, and it’s surprisingly impressive, roughly a combined effort of 57 years or so. They are friends, as many of the local folks in the local music biz are, so joining forces seems like a no-brainer but it hasn’t happened up until now. "Secrets" was produced by Vandals on the Wall and Gabi Na Naman Productions, the same folks responsible for the recent, hugely successful Dama concert featuring acclaimed singer-songwriters Johnoy Danao, Ebe Dancel, and Bullet Dumas. 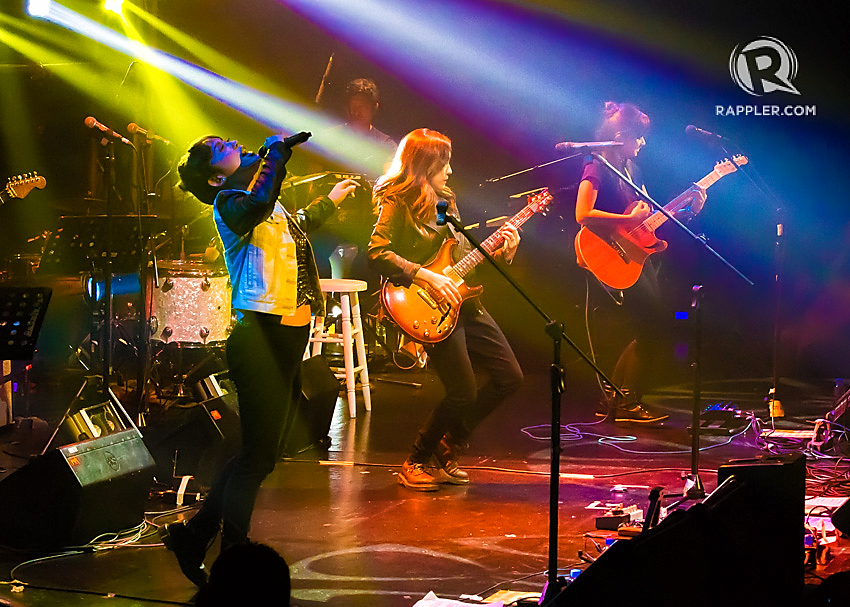 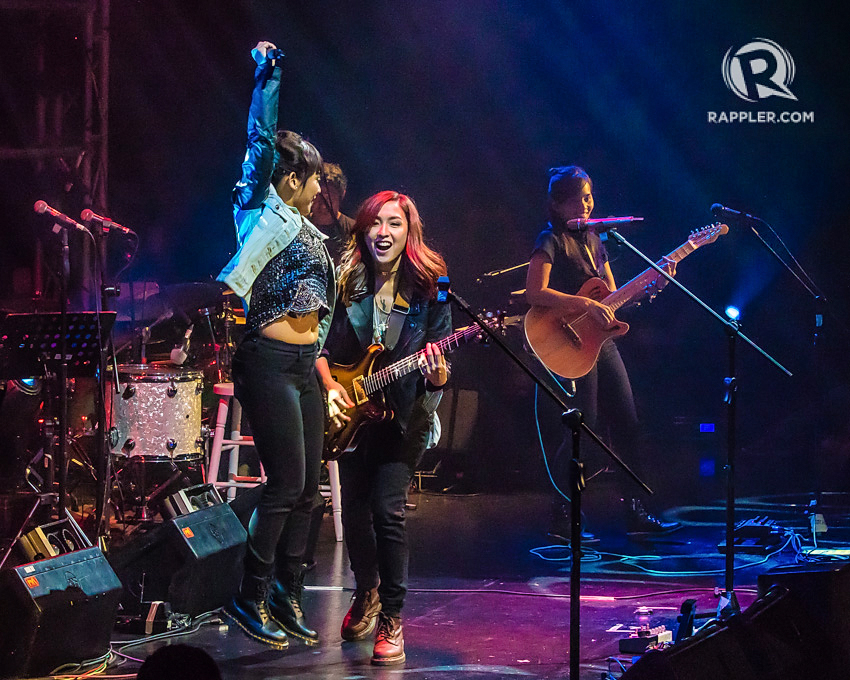 The event began with a set from each of them, a justified concert performance in itself, each taking on about 10 songs for about forty minutes or so, starting with Aia, then followed with Barbie, trailing up with Kitchie. And hand it to the crew, they did well with a smooth transition from one band to the next, the time between sets was nearly unnoticeable. The venue's sound quality was fantastic, maybe a bit cramped in the space department, but visually not a bad seat in the house. 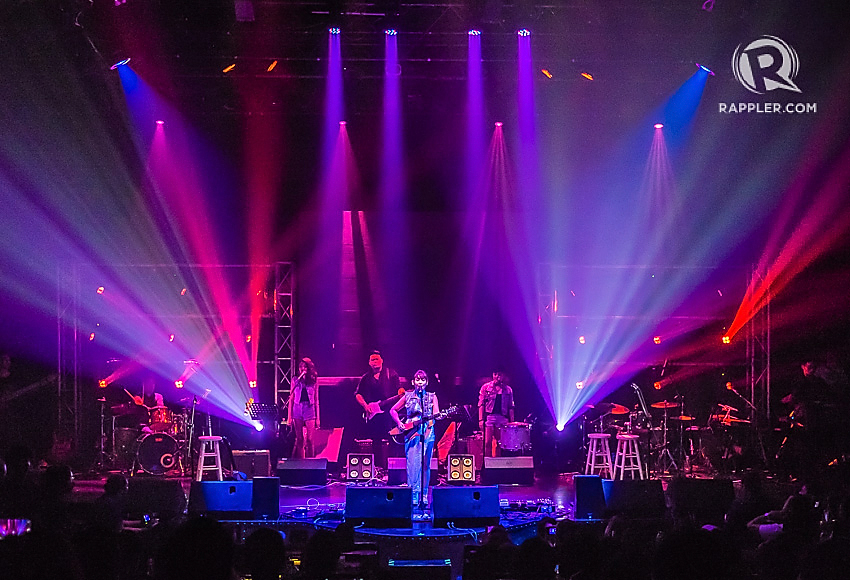 Aia opened with her lovely set, which began with a smartly produced video as an introduction, with just the right amount of energy to get the crowd's attention. The standout moment here was when she climbed down off the stage with her acoustic guitar in tow and stood amist the crowd singing the classic "Sundo" without a microphone, smooth as butter. Gifted with an uncanny sense of melody, she can sing with punchy, yet velvety-smooth appeal, which is a tricky endeavor for most vocalists. 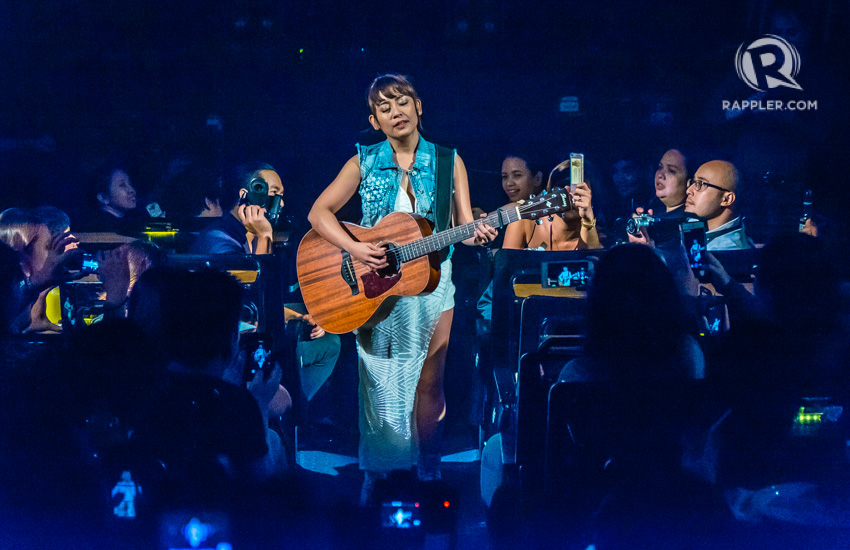 Barbie was up next. I’ve photographed her previously and she certainly lived up to her standards tonight. Her presence onstage was hypnotizing, maintaining the attentiveness of the crowd – and I also appreciated the fact the she sang a Christmas song. Keeping the fans engaged with a bit of banter in between tracks, even keeping her cool, like a pro, when technical difficulties came along. Blessed with the ability to sit peacefully, in more of a singer/songwriter acoustic folk rock style with a fragile whisper to touch the listeners' hearts. Then moments later, she cranked up the volume with high energy, with heart stoping vocal declarations while whaling on the guitar in rock star fashion.

She reminded me a bit of Joan Jett navigating across the stage, most performers generally stay in one mode; switching gears successfuly in such a manner with ease is uncommon and rarely encountered. 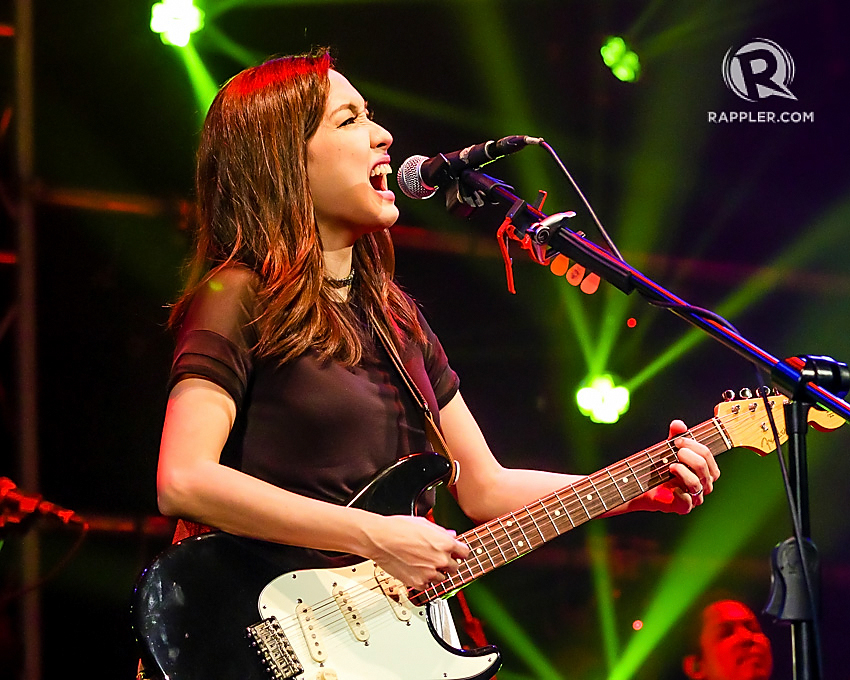 Kitchie was up next, performing as well as you would expect from this wonderful musician, possessing an enchanting stage presense. Her portion of the show included a special treat towards the end of the set, performing with three musically inclined children calling themselves the Roar Kids. They beatboxed and rapped the lyrics as Kitchie kept the flow going with the chorus, something akin to what you might hear today over the radio waves on a top 40 station.

Not commonly known, Kitchie and her husband actively volunteer at charitable organizations and working with these talented, yet less fortunate kids is one of her callings. She explained after the event that she worked with Rap Rap, JM, and Boboy through one of her Christian ministries called Roar, established back in 2009. Certainly a memorable track and during the middle of the performance, the audience laughed as the youngest directed the elder, as he was off his stage mark; they did well. 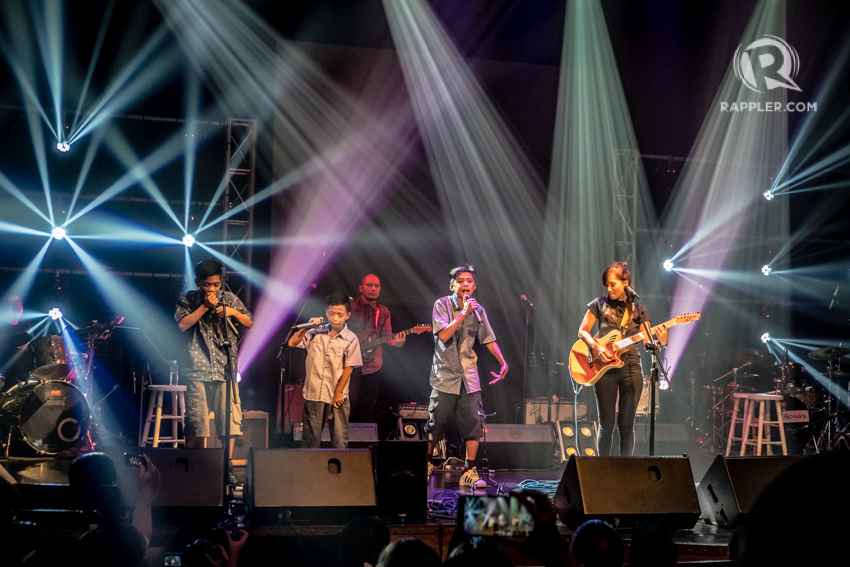 Before beginning the collaboration portion of the show, each of them addressed the crowd in a sincere, humble and thoughtful fashion. With Kitchie providing much of the comic relief when the touching nature of the monologues began to bring tears to the eyes of many.  Each of them shined on their own, of course no surprise there, and the crowd responded as expected. Kitchie finished her set hurling copies of her most recent CD, Malaya, into the audience, always a crowd pleaser, everyone likes some free swag.

But the atmosphere rapidly changed as she invited Aia and Barbie to join her onstage, a physical alteration was apparent as fans sat up in their chairs, leaned forward, and everyone was engrossed, moving to the beat and singing along. 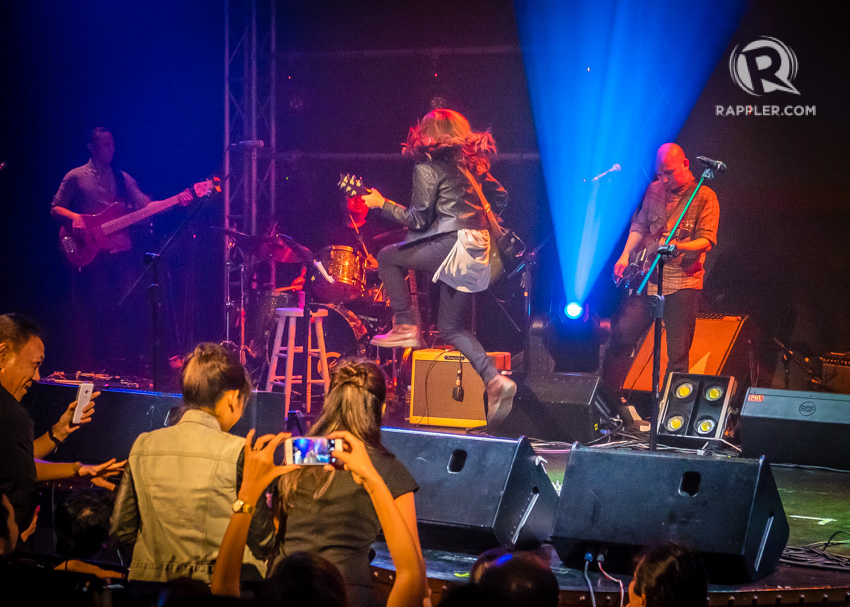 Together, they performed three covers, a heart felt edition of “Hallelujah," while images of the recently departed Leonard Cohen appeared on the video screen. “Dreams," a song by an Irish rock band, the Cranberries which did not disappoint, their vocals blended seamlessly and the crowd was loving it. Finally, a cover of Nirvana, "Smells Like Teen Spirit,” a risky choice, if not done well it can quickly morph into a flop – fortunately for all it was to the contrary and they knocked it out of the park, one of the more impressive versions I’ve ever heard.

They ended the show with a mash-up of each of their respective greatest hits, “Firewoman," "Same Ground," and “Taralets." It left me wanting more. 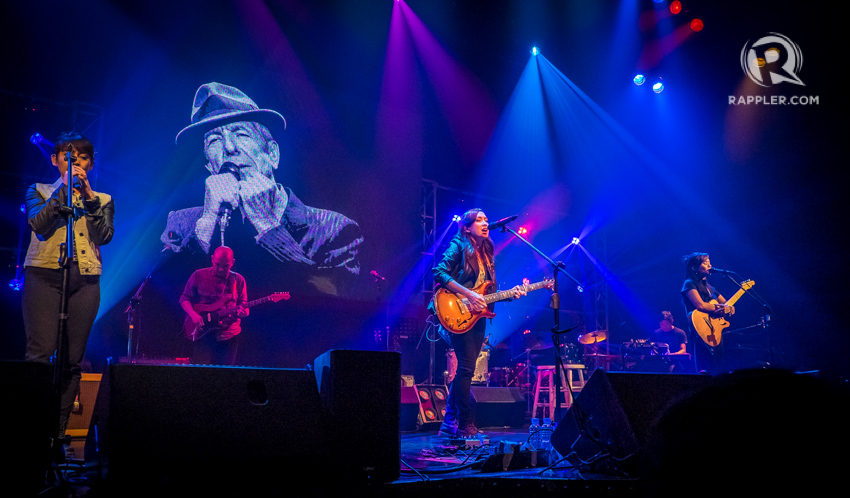 I can’t say enough about these ladies. Not only did their voices harmonize perfectly, but like kindred spirits, they were one with the crowd and each other. Overall a fantastic night of music with a sense of intimacy and connection not often experienced at larger scale events. A gathering like no other – hopefully they'll do it again. – Rappler.com