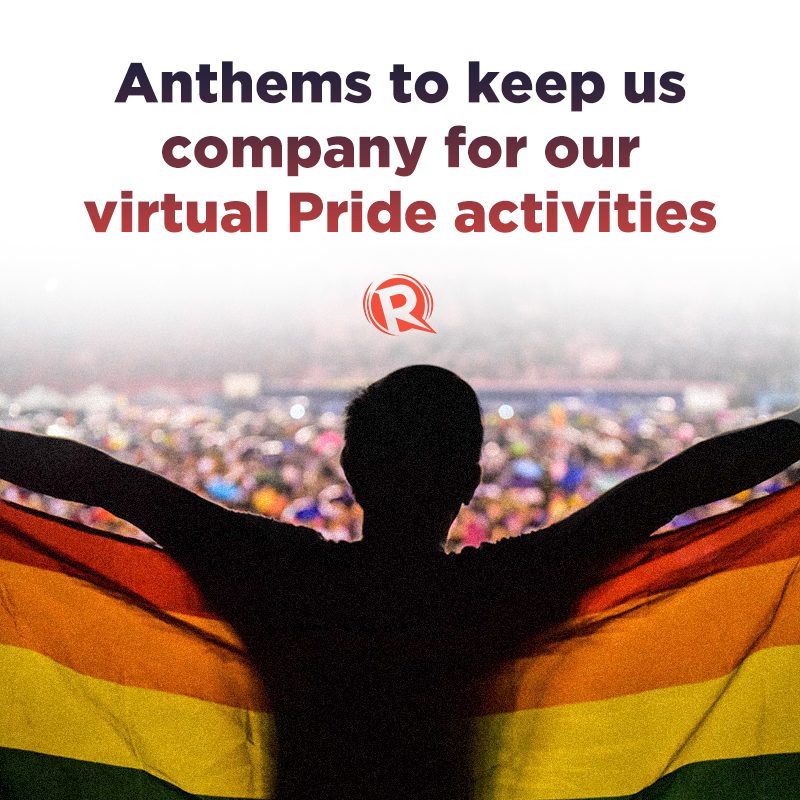 PRIDE 2021 PLAYLIST. Let's celebrate and resist together with these queer anthems.

Facebook Twitter Copy URL
Copied
Since Pride festivities are still mostly online, here’s a list of queer anthems to keep us connected as we celebrate and resist together

Pride is both about resistance and celebration.

When the first brick was thrown at the Stonewall Riots in 1969 to protest police harassment and the criminalization of homosexuality, it signified the start of Pride as a was to fight back against oppressive norms and authorities.

A year later, the first-ever gay pride parade was held both as a commemoration and celebration of the strides in the community, even as the fight for liberation continues.

Stonewall Inn, a prominent gay bar in New York, became a sanctuary and a safe space for many LGBTQIA+ folks to meet and express themselves without judgment through nights of dance, music, and drag.

There, music became a form of resistance and subversion – its transformative power helping individuals come together as a community.

Queer pop icons of recent memory (Lady Gaga, Mariah Carey, Carly Rae Jepsen, and Kacey Musgraves) are only a few in a long list. Long before them, many LGBTQIA+ artists and allies many different genres have advocated for queer representation.

But how does a song become a gay anthem? Of course, not all were created specifically for the queer community. But these are songs that resonated the most with many queer folk.

Listen to our 2021 Pride Playlist here: