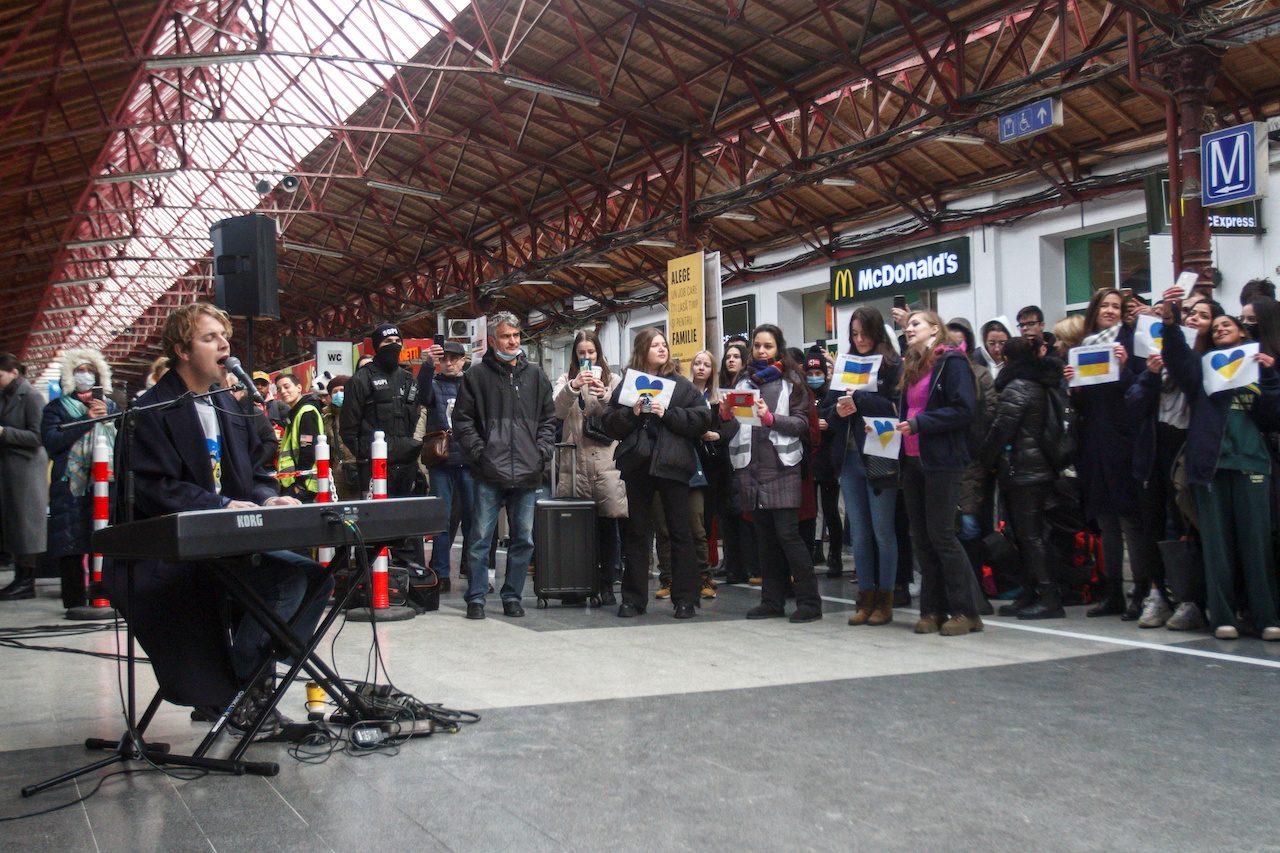 TOM ODELL. The British singer performs inside the North Railway Station, a Romanian transport hub that has witnessed the arrival of thousands of people fleeing Ukraine following the Russian invasion.

Facebook Twitter Copy URL
Copied
The British singer-songwriter performs 'Another Love,' which has become a symbol of Ukraine's resilience on social media

BUCHAREST, Romania – Tom Odell sang his hit “Another Love”, which has become a symbol of Ukraine’s resilience on social media, to refugees passing through Bucharest’s main railway station on Friday.

The British singer-songwriter performed the piano ballad about fighting for someone you love, which has been used on TikTok videos including one of a defiant Ukrainian President Volodymyr Zelensky, beneath the arrivals and departures boards.

More than 2.5 million Ukrainians have fled to neighboring countries since Russia began its invasion of Ukraine, in what the United Nations said looks set to become Europe’s largest refugee crisis this century.

Just under 381,000 have arrived in Romania, which shares a 650-kilometer border with Ukraine. Thousands have passed through Bucharest’s railway station each day as volunteers and local authorities offer food, hot drinks, transport and lodgings.

Odell is due to perform at a concert to raise funds for the Red Cross to help Ukrainians in the Romanian capital on Saturday alongside Romanian artists, DJ Armin van Buuren and Ukrainian singer Jamala, who won the 2016 Eurovision song contest in 2016. – Rappler.com